When Not in Rome: Lessons from the peripheries of the church 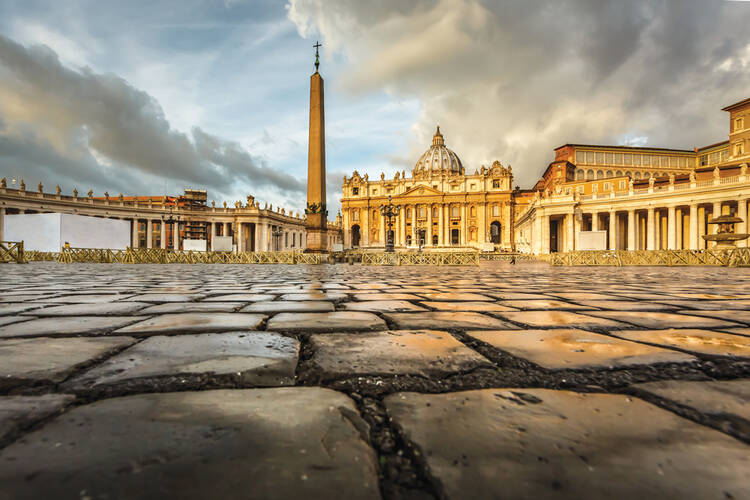 In the days before the conclave that elected Pope Francis, the press quoted Cardinal Francis George of Chicago and other church officials as saying that the cardinals were seeking someone who would improve communication between the Vatican and the church’s periphery. The word periphery has an interesting history; it was part of a formula conceived by Yves Congar, O.P., when he published his important book True and False Reform in the Church in 1950. This book argued that authentic reform in and of the church comes about most effectively when the “center” is attentive to ecclesial life on the “periphery” and that this mutual responsiveness is achieved most effectively through councils. We know that Pope John XXIII read and annotated his copy of True and False Reform in the Church, possibly leading him to decide to convene the Second Vatican Council.

Father Congar’s reflection on the center and the periphery contains insights still relevant for today’s church, some of which found their way into the documents of Vatican II, although not yet into solid institutional reform. The council’s proposals for the local church, for collegiality and the importance of episcopal conferences, for the “proper, ordinary, and immediate” power of bishops in their local churches and for inculturation are all works in progress, at best.

The contrast between the broad vision of the council and the Vatican’s recent micromanagement of liturgical texts is stark. The council’s “Decree on Mission Activity” (1965) states that local churches should “borrow from the customs and traditions of their people, from their wisdom and their learning, from their arts and disciplines, all those things which can contribute to the glory of their Creator, or enhance the grace of their Savior, or dispose Christian life the way it should be.” The “Constitution on the Sacred Liturgy” (1963) describes this responsibility by saying that “the competent territorial ecclesiastical authority” must “carefully and prudently consider which elements from the traditions and culture of individual peoples might appropriately be admitted into divine worship.”

My focus here, however, is not on the liturgy but on the broader question of an authentic dialogue between the Vatican center and the periphery of the local church. Father Congar’s critical ideas shed light on the church’s current situation. Careful theologian that he was, he had no intention of upending the apple cart or subverting the pastoral primacy that belongs to the bishop of Rome. But he did make clear that neither the center nor the periphery can fully be itself if estranged from the other.

As a principle, Father Congar held that some parts of the church are characteristically organs of development and other parts organs of continuity. History shows, he argued, that initiatives and creative approaches to pastoral life usually come from the periphery—from the frontiers. By contrast, the pope and the Roman Curia most of all fulfill the functions of assuring unity and continuity. This is a necessary division of labor. People on the periphery see things that others do not see, while the center has the mission of overseeing new movements with a view to harmonizing them with the whole church.

Most of the time, said Father Congar, history develops at the margins as the church moves into new locales, breaks new ground in dialogue with changing cultures and devises new ways to proclaim God’s word and celebrate ecclesial life. The periphery knows about problems and possibilities unknown to the center. The local church’s mission of evangelization is rooted in living languages, changing circumstances and new ideas. This explains the encouragement given to apostolic initiatives described in the “Decree on Mission Activity.” It is also evident that founding and developing churches in new cultural terrain entails exactly this kind of creativity.

Ideas and movements that emerge in response to regional or local opportunities need both the freedom to develop and the encouragement of authorities at the center. For reform or renewal to become truly ecclesial—both in and of the church—it has to be accepted by church authorities and “synchronized” with what the church is doing. This is how it eventually becomes integrated into ecclesial structures.

Father Congar gave a fascinating example of what he meant. In earlier centuries, when bishops were elected by the people or by the local clergy as an initiative of the grass roots or the periphery, the election still had to be ratified by the metropolitan bishop or by the bishop of Rome. The nomination came from the appropriate body, the local church, but it was integrated into the life of the wider church through the oversight of the metropolitan, who assured that there was no obstacle to unity or harmony in the choice made from below.

The periphery’s need to listen and respond to the authority of the center has its counterpart in the Roman Curia’s obligation to be responsive to the appeals addressed to the center. If innovations on the periphery can be one-sided and need to be pulled back into balance by the center, the center has a comparable duty to listen to new voices that it is not accustomed to hearing. Much is at stake, especially in our age of new evangelization. If we want to speak meaningfully to real, living people, we have to hear what they are saying about their own hopes and needs.

In a second edition of True and False Reform (1968), Father Congar amended his original call for the Roman Curia to be more representative of “the immense diversity of the church and the broad trends of the world.” He noted that Pope Paul VI had already begun the internationalizing of the Curia. He went on to insist, however, that this has to mean more than “personnel who are international by origin but still purely Roman by mentality.” His own words are quite eloquent here:

If personnel are chosen only from men of a certain type, generally conservative and safe, reinforcing only the static dimension of fidelity and tradition—that is, choosing people who don’t cause problems and don’t take risks—then the institution creates a barrier of isolation between the periphery and the center, making the center a sort of “party.” This would meet the church’s needs for security and moderation, but would fail to address the church’s need to adapt and make progress in the world. Above all, in that case, the most dynamic elements of the church would never be heard.

Pope Francis may or may not have read Yves Congar’s True and False Reform in the Church, but he did mention “peripheries” in his pre-conclave speech to the cardinals. According to an outline of the speech authorized for release, then-Cardinal Jorge Mario Bergoglio said, “The Church is called to come out of herself and go to the peripheries, not only geographically, but also the existential peripheries: the mystery of sin, of pain, of injustice, of ignorance and indifference to religion, of intellectual currents, and of all misery.” In his first year as bishop of Rome, his words and actions have suggested a vision of the church that is broad, inclusive and pastorally sensitive. The naming of an advisory group of eight cardinals to represent the wider church is but one dramatic sign that the center now wants to listen to the periphery.

In 1968 Yves Congar wrote about how hopeful it was to see not only episcopal collegiality, the synod of bishops and the internationalization of the Roman Curia coming to life, but also new instruments of “contact with others at the center” in the five secretariats for Promoting Christian Unity, Non-Christian Religions, Nonbelievers, the Laity and Justice and Peace in the World. In his words: “These are organs of information, dialogue, and action that correspond to the need to receive ideas from others and to truly be a church for the world.” Those, and many others, are works in progress awaiting a green light from the station master.

Paul Philibert, O.P., is the Robert J. Randall Distinguished Professor in Christian Culture for 2013-14 at Providence College in Providence, R.I. He translated into English True and False Reform in the Church, by Yves Congar, O.P. (Liturgical Press, 2010).

Show Comments (
2
)
Comments are automatically closed two weeks after an article's initial publication. See our comments policy for more.
Paul Ferris
7 years 10 months ago
I do not know if this example of a periphery qualifies under Paul Philibert O.P. article but recently the Maronite Church in the United States was granted permission to ordain a married man to the priesthood according to their ancient tradition. The problem is since 1929 Rome passed a rule that such ordinations would not be allowed within the confines of the United States. You would think that finally being able to ordain a married man to the priesthood would be a cause for celebration. Well Yes and No. In principle Rome has made it clear to the Maronites that this is an exception to the rule and not to be considered a changing of the rule. It would take too long to go into the reason and history of the rule, but I cite it here as an example of how Rome has dominated the voice of the periphery and even now maintains its control over the Maronite Church in America rather the submit its authority to its rightful Patriarch. This is not a good lesson for unity with the Orthodox and Eastern Churches in communion with Rome. For a broader discussion of this issue I recommend new book by Charles Curran, The Development of Moral Theology, Five Strands... the conclusion deals with the centralization in the Church which is really the issue of this article, In a word, When Not in Rome, there is Nowhere.....to Rome, there is no such thing as periphery.
Paul Ferris
7 years 10 months ago
Congrats to Providence for winning the Big East against a great team from Creighton.