What the Environmental Encyclical Means: A roundup of expert analysis 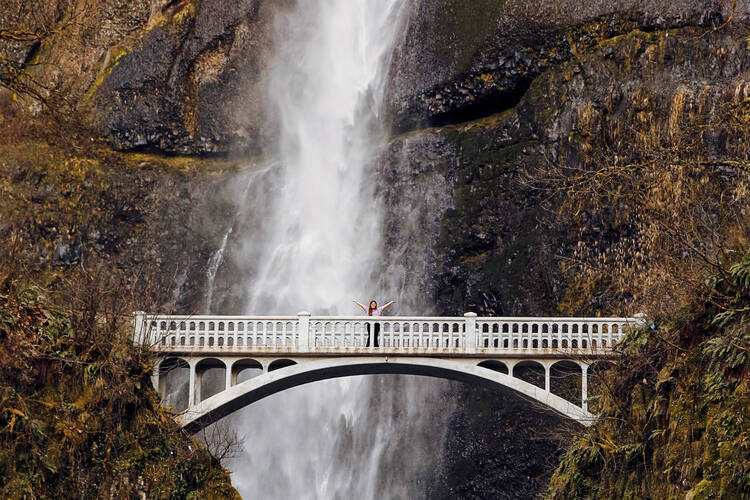 The Great Gift of ‘Laudato Si’’

“Laudato Si’” offers a compelling, eloquent and reasoned appeal to a new way of understanding, an inspiring call on humanity to use reason and faith to create a world in which the economy is once again bound by the common good, and in which the common good embraces the reverence for the physical Earth and other species. As with all great philosophical and religious insights, Pope Francis’ encyclical offers a vision that looks both backward and forward. He looks backward to the ministry of St. Francis of Assisi, who preached the love for nature; and he looks forward to practical solutions in our time to creating a new economic system that harnesses technologies and morality to save the planet. Read more here.

In just two years, Pope Francis has shown his own devotion to the poor. His first trip was to meet African refugees on the small Mediterranean island of Lampedusa. He chose to publicly wash the feet of criminals on Holy Thursday. His agenda for the Synod of Bishops was replete with all the troubles of poor families. In the most recent expression of care for the homeless, the Vatican announced he is opening a hostel for them close to the little city-state he heads. Before that, he had erected showers for them within Vatican City.

With the release Thursday of the pope’s new encyclical on the environment, or as he writes, “care of our common home,” many are wondering, where the poor stand in his view of the environmental crisis? Pope Francis’ response has a biblical ring. Read more here.

To Till and Tend

Pope Francis, through his letter, “Laudato Si’: On Care for Our Common Home,” has done both the world and its people a great service. “Laudato Si’” is an invitation to enter “a conversation which includes everyone, since the environmental challenge we are undergoing, and its human roots, concern and affect us all.” So, as the executive director of Catholic Rural Life, a 92-year-old national, Catholic nonprofit focused on rural concerns in the United States, what does this letter have to say to farmers and other women and men living in rural communities?

Let me propose a general rule for reading “Laudato Si’”: If the idea of evangelical poverty doesn’t make any sense to you, then large parts of the encyclical won’t make much sense either. That’s not to say the converse is true; the issues addressed are varied and often complex.

As Pope Francis said of certain other issues in his 2013 interview with Antonio Spadaro, "When we speak about these issues, we have to talk about them in a context." “Laudato Si’” sets out to provide that context. Read more here.

In addition to the use of gender-inclusive language, a first in official Catholic social encyclicals, one of the most amazing aspects of “Laudato Si’” are the footnotes. To be honest it was one of the very first things I looked at. Francis departs from the tradition of Catholic social encyclicals by several non-official Catholic sources including U.N. documents, national bishops’ conferences and, most surprisingly, a Sufi mystic!

Now, while this may seem somewhat pedantic for most readers, the footnotes of Francis are a significant departure from tradition. Read more here.

The Communion of Creation: From John Paul and Benedict to Francis

The Franciscan Nature of Laudato Si'

What marks this authoritative teaching as particularly “Franciscan” is more substantial than the mere references to the Saint from Assisi. Pope Francis clearly “gets” both the letter and the spirit of the Franciscan theological and spiritual tradition. From among the many Franciscan themes that arise in "Laudato Si’," at least three are worth highlighting from the outset: leaving behind “naïve romanticism,” recognizing the inherent value of all creation, and seeing the connection between abject poverty and environmental degradation. What I offer here is only a preliminary response, for the richness of this encyclical letter exceeds the limits of initial commentary. Read more here.

Why Laudato Si' is the Perfect Encyclical for Millennials

“Laudato Si’” is a hopeful document in which Francis asks all people to enter into a “new dialogue about how we are shaping the future of our planet” (No. 14), and he draws on the wisdom of Scripture, bishops, philosophers and science to shape that conversation. But, perhaps most surprisingly, he also points to the example of young people today: “Young people demand change. They wonder how anyone can claim to be building a better future without thinking of the environmental crisis and the sufferings of the excluded” (No. 13). Read more here.

A Spiritual Challenge to Face a Crisis of Our Own Making

"Laudato Si'" brings a new spiritual depth to the tradition of papal social encyclicals.   Extensive quotes from Christian mystical writers such as Therese of Liseux, John of the Cross and St. Bonaventure, and even the Sufi ‘Ali al-Khawas make clear something new is in play here.  Pope Francis speaks directly to the spiritual questions that haunt us: anxiety about climate change, worry about social insecurity, grief and guilt at the destruction of nature and the extinction of species around us.  He offers a mature courage, rooted in confidence of God’s creative power and awareness of our unavoidable role in salvation. Read more here.

The Diversity of Creaturely Life

In the lead-up to the encyclical a number of friends, colleagues, and pundits have wondered what place teaching on gender and sexuality would occupy in Pope Francis’ treatment of faith and ecology. If the question seems a strange one it is not without warrant. Building on John Paul II’s connection of environmental stewardship to more recognizable “life issues,” Benedict XVI often paired calls for responsibility in “natural ecology’ strictly speaking with care for “human ecology,” or the nature of the human person. Reaffirming that human beings are created “male and female” (Gen 1:27), he linked appreciation for the Creator’s design not only to energy use and pollution but also to the moral imperative to preserve sexual difference. Francis’ own fraught statements concerning gender and his comment, “Who am I to judge?” regarding LGBT persons furnish a more proximate backdrop. So, too, the recent Synod on the Family. Would Francis’ document occasion any clear statement on these freighted social issues? Read more here.

Pope Francis wants it clear that his first encyclical is to be appreciated as an addition to the church’s 124 year tradition of Catholic Social Teaching. How do we know? He tells us so right there at the beginning in number 15: “It is my hope that this Encyclical Letter, which is now added to the body of the Church’s social teaching [my italics], can help us to acknowledge the appeal, immensity and urgency of the challenge we face.” Read more here.

Pope Francis’ revolutionary new encyclical calls for a “broad cultural revolution” to confront the environmental crisis. “Laudato Si” is also quite lengthy. Can it be summarized? In other words, what are the main messages, or “takeaways” of this encyclical? Read more here.

From Cheerful Recklessness to Sobriety: ‘Laudato Si’’ and Charleston

I was halfway through reading “Laudato Si’” when I heard news that nine black worshipers at a Bible study had been gunned down by a white man. I kept reading, but with a bad conscience, suspecting myself of hiding in an issue more comfortable for a white theologian.

But “Laudato Si’” is not a document that should help us hide. Read more here.

The personal reflections of Pope Francis in “Laudato Si’” serve as a contemplatio, an “awe-filled contemplation of creation” (No. 125). This contemplation opens up in us a growing desire to savor the mystical presence of God. God’s love is experienced as a suffusing and sustaining activity in creation, where the poor of today and tomorrow struggles to find a place in our common home. Read more here.

Looking at "Laudato Si'" from the Global South

Coming from a fragile archipelago where the rise in sea level is highest in the world and extreme weather events are predicted to further increase this century, I worry for our future and fervently hope that the clarion call of Pope Francis will be heeded. “Laudato Si’” enjoins all people of goodwill to be concerned about what is happening to our common home. He calls on rich nations to repay their ecological debt to the developing countries by reducing consumption of nonrenewable energy and assisting them in shifting to clean energy and a more sustainable development. Read more here.

Ready to read the encycical for yourself? The Vatican Press Office has provide a useful guide to the development and major themes of the document. For each of the six chapters, there is a one-page summary that gives the argument or main points and some key passages. You can find the map here.