Zika Virus shows there is no 'isolated illness' in global age

Zika Virus shows there is no 'isolated illness' in global age 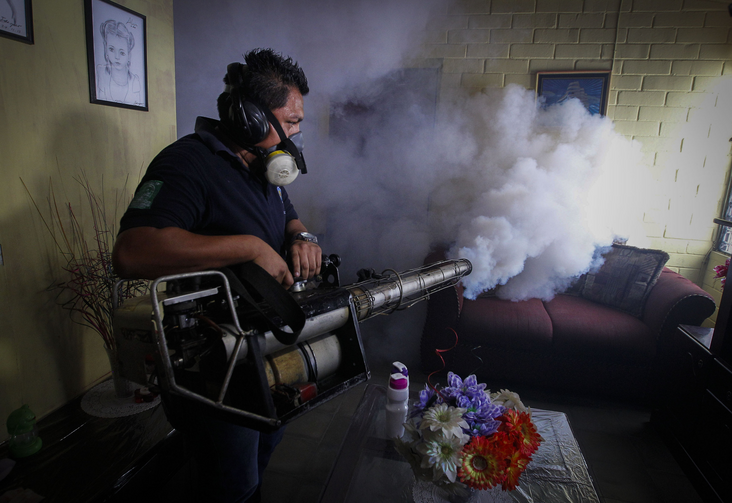 An outbreak of the mosquito-borne Zika virus has led to travel warnings for U.S. women who are or may become pregnant. Zika has been linked to major birth defects and has already had a devastating impact in Brazil. On Jan. 16, the first U.S. case of a baby infected in the womb with Zika was reported in Hawaii. The baby’s mother had traveled to Brazil while pregnant. The Centers for Disease Control is now advising pregnant women to avoid travel to 14 countries and territories in Latin America and the Caribbean, including Puerto Rico, Mexico and Haiti.

Zika joins an unhappy collection of diseases making the jump from tropical regions, where some of the world’s poorest people reside, to temperate zones of affluence. Global warming may be making previously hostile geography more amenable to the major vector for these illnesses, the humble mosquito.

Like the Ebola panic of 2014, Zika reminds the complacent of the affluent world of a kind of enforced solidarity with folks in poorer regions, an impoverished and sometimes cruel imposter of the true solidarity we are called to embrace. There is no such thing as an isolated illness in the era of continent-hopping travel—no problem of “theirs” that cannot quickly become one of “ours.” In the age of the jet-setting virus, how much wiser would it be to make proactive investments that ensure adequate health care and infrastructure for all. A good start might be to adequately fund efforts like the U.N.’s Special Program for Research and Training in Tropical Diseases, recognizing its lifesaving contributions to responding to and reducing threats from the world’s neglected diseases.

Show Comments (
3
)
Comments are automatically closed two weeks after an article's initial publication. See our comments policy for more.
Leonard Villa
4 years 8 months ago
Wow viruses are now agents of "social justice" in order to afflict the "affluent"? Come on! Immediately it is assumed that "the affluent" (who qualifies as such?) are enemies of helping the poor and the needy and don't want them to have health-care etc. This is a classic knee-jerk reaction of what poses as social-justice when it is rather an elitist class-warfare ideology of an "anointed" passing judgment on THEM predictably citizens of the U.S. Forgive me also if I am less than sanguine about UN programs. The UN is often prisoner of the same ideologies especially blame America. How about focusing on the governments and the ideologies of the countries where the virus has broken out? What are they doing about health-care etc.
Stanley Kopacz
4 years 8 months ago
Health care is a matter of us against them, the pathogens. Large unprotected and unsupervised portions of the population provide open gateways for the pathogens to invade the human biomass. The germs don't care if you're rich or poor, just if you're edible. If charitable impulses are too weak, maybe a little enlightened self interest might work.
William Rydberg
4 years 8 months ago
I read a report mentioning that the Zika Virus epicentre is in the same location in Brazil where years earlier there had been a release of GM (genetically modified) mosquitos. Don't know how accurate the report was, but it brings to mind the problem with non-indigenous African Bees inadvertently released years ago that started the Killer Bee scare. I'm all for solidarity, but am also for cooperation and for responsible ethical experimentation before the problems potentially occur. Just my opinion... http://www.zerohedge.com/news/2016-01-29/zika-outbreak-epicenter-same-area-genetically-modified-mosquitoes-released-2015 Here's the article:

This article also appeared in print, under the headline “Viral Solidarity ,” in the February 8, 2016, issue.