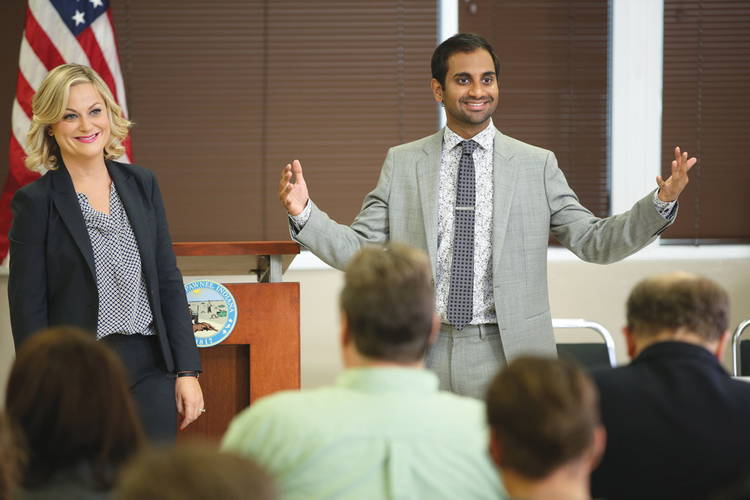 Fifteen years after the premiere of “The West Wing,” there are more television shows about politics than ever before, with “Scandal” among the biggest hits on broadcast television and a half-dozen others in production on various platforms. But the trend is not likely to boost interest in this fall’s real-life elections.

It turns out that the key to a successful television show about politics is to take out the policy. Passing legislation and delivering social services are not as dramatic, or as funny, as scheming and outwitting opponents just to stay in office. This cynical view did not fit the traditional sitcom, but as that genre has hardened its edges, the world of politics has become a more attractive topic.

At its peak in the 1970s, and before the misanthropic “Seinfeld” redefined the genre, the American sitcom was all about empathy. “All in the Family” teaches the virtues of tolerance, and “M*A*S*H” attacks the dehumanization of war. On the police comedy “Barney Miller,” the arrestees have stories that would challenge anyone’s “lock ’em up” attitude, and on “Taxi” even people in New York City usually turn out to be decent souls.

But during the same era, the Vietnam conflict and the Watergate scandal made politics seem sordid and, at best, amoral. It is not surprising that no highly successful ’70s sitcom is set in the world of politics.

By the ’80s, prime time was getting more cynical, and political stories occasionally popped up. The police drama “Hill Street Blues, ” for example, uses mayoral politics as a source of dark comedy (one candidate falls to his death after pushing on a window in a tenement to show how unsafe it is). Much as the legal drama “The Good Wife” does now, such shows contrast the silly goings-on in government with the life-and-death stories playing out on the streets and in courtrooms.

As for sitcoms, the increasingly contemptuous attitude toward politics is typified by an episode from the last season of “Cheers,” called “Woody Gets an Election,” in which the psychiatrist Frasier Crane runs the simple-minded bartender’s campaign for city council just to see how gullible voters are. (“Just say the word ‘change’ about a hundred times,” he advises Woody before a debate.)

A few years later, network television finally developed a hit series about politics. It helped that by 1999 television audiences were so splintered that “The West Wing” could become a Top 10 show even when the great majority of Americans were bored or irritated by it. But attempts to duplicate that idealistic drama have been unsuccessful. (This season, CBS is trying again with “Madame Secretary.”) Instead, politics has been in the background in prestige dramas: not only “The Good Wife,” but in shows as diverse as “The Wire” and “Battlestar Galactica.”

Meanwhile, political storylines have popped up in less dramatic programs. In a past season of “Modern Family,” Claire, a housewife, runs for city council; and on this past season’s “Parenthood,” a cancer survivor, Kristina, runs for mayor of Berkeley, Calif. Both campaigns seem mostly about the women rebuilding their self-esteem, and both lose to men who are “professional” (i.e., unscrupulous) politicians.

Women are also the protagonists in the two most prominent political sitcoms now in production: NBC’s “Parks and Recreation,” which will return this winter for its final season, and HBO’s “Veep,” which aired its third season this past spring.

“Parks and Recreation,” which premiered in 2009, stars Amy Poehler as a workaholic serving in the local government of the fictitious small town of Pawnee, Ind. Poehler’s character, Leslie Knope, starts out as a well-intentioned but deluded politician. In the pilot, she chairs a town meeting and stares uncomprehendingly when the crowd cheers a speaker’s disdain for “politics.” (“What I hear when I’m being yelled at is people caring loudly at me,” she babbles to the camera.) The first season or two of “Parks” is centered on Leslie’s attempts to turn an abandoned construction site, with a dangerous pit, into a park, and how the bureaucracy thwarts even this modest goal.

That premise could not last for long, partly because Poehler is too appealing to be stuck playing a dope. By the third season, the pit is filled in, and Leslie shows off her organizational skills by reviving Pawnee’s harvest festival. The aerial shot of the townspeople enjoying carnival rides and comfort food may be the apex of the series.

Though Leslie’s dedication has been turned into an admirable trait on “Parks and Recreation,” the show sticks with the current sitcom message that friends and family, not the larger community, are what counts. Outside of Leslie’s beloved parks department, the other town officials in Pawnee are generally mean-spirited incompetents, and the citizenry is simply grotesque. (Typical complaint: “I found a sandwich in one of your parks, and there was no mayonnaise on it!”)

In the finale of most recent season, Leslie moves up to a job in the National Park Service—“probably the only branch of government worth a damn,” says her libertarian colleague Ron Swanson, continuing the show’s presumably unintentional message that government works best when it provides entertainment and recreation, as opposed to more essential services for the unwashed masses.

“Veep” is another show with a boutique-size audience but the potential to become a cult classic. “Seinfeld” alumnus Julia-Louis Dreyfus is masterful as a superficially appealing but narcissistic politician, Vice President Selina Meyer.

At first, Meyer struggles to prove her relevance by shepherding an environmentally friendly “clean jobs bill” through Congress, but compromises make the legislation meaningless. “Veep,” like “Parks,” improves in its second season by making its protagonist more effective. Selina gets involved in foreign policy—more glamorous than trying to address unemployment. She advocates for a military operation that costs an American soldier one of his legs, leaving her rattled whenever she sees someone sitting with one leg curled up and out of sight. We never see the soldier; the rules of “Veep” would demand that he turn out to be unworthy of empathy, and that would be too dark even for this series.

As “Veep” proceeds, its emphasis shifts to Selina’s campaign to move up to the Oval Office. In contrast to “Parks,” the citizens who show up on the series are not particularly dumb. On one of the best episodes of the series, a grassroots activist for child care is treated shabbily by the Meyer campaign—because, as a political strategist puts it, “children are of no value.” The activist decides not to go public with the incident, instead hoping that she can later collect a chit from Selina. A knack for figuring out the angles, it seems, is the only entrée into the world of public service.

“Veep” concluded its third season with Selina at the height of her political power but still in a precarious position. As her character has become more savvy, she also has become more paranoid. In the season finale in June, she says of her remaining rivals for the presidency: “Can’t we just take them out? Is Jack Ruby still alive?”

Both “Parks and Recreation” and “Veep,” as well as “Scandal” and “The Good Wife,” have been praised for smart humor and for strong female protagonists in a medium that had mostly limited women to scatterbrained or passive roles. Television is richer for shows like these. But as for encouraging community service or boosting enthusiasm about getting to the polls...well, we might be better off avoiding prime-time politics during the first week of November.

This article also appeared in print, under the headline “Uncivil Society,” in the November 3, 2014, issue.

Robert David Sullivan, a freelance writer and editor who lives in the Boston area, is the author of America’s “(Un)Conventional Wisdom” blog and a contributor to “The A.V. Club.”