Why we need to reject 'tough on crime' rhetoric

Why we need to reject 'tough on crime' rhetoric 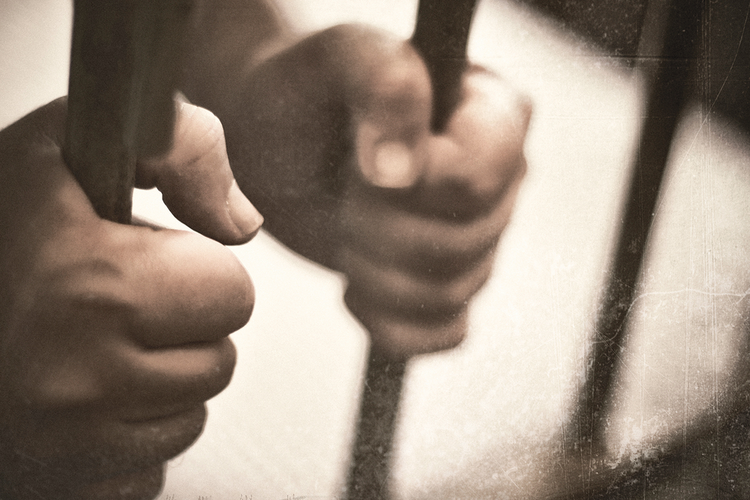 Crime is an easy target for outrage; it has no defenders. But all too often, the easiest way to signal opposition to crime is to call for ever harsher and less effective measures against criminals. Especially in a campaign season, politicians are only too ready to succumb to this temptation. The rhetorical exploitation of fear for political gain, often against better empirical evidence, is currently blocking action on criminal justice reform despite significant bipartisan consensus that it is necessary, possible and critically important.

Encouraging the belief that the primary way for a society to combat crime is to punish criminals more severely leads to bad policy and sometimes to even more crime. It abandons our collective moral responsibility on many levels, both for the criminals it fails to rehabilitate and reconcile with society and for the communities and families left scarred by their absence. For Christians, treating criminals principally as enemies fails to heed the words of the one who said, “I was in prison and you visited me.”

“Tough on crime” rhetoric became prominent in the 1960s, exploited by politicians and cheered by voters, often with thinly veiled racial or other social slurs. Along with the war on drugs, it resulted in mandatory sentencing, zero tolerance and “three strikes” policies that swelled the prison population. At the same time court systems were swamped with cases, increasing the incentive for plea bargains and with that the disproportionate power of prosecutors. Budgets were exhausted by the cost of incarceration, often leading to cuts in programs for the rehabilitation and education of prisoners.

Through the years, saner voices have pointed out the inconsistencies, the inequities and the raw injustice of some of these policies. A number of states are presently working to reform their criminal justice systems. In a blog post for America last year (3/23/15), Robert David Sullivan noted that in 2014 “at least 30 states enacted reforms to reduce sentences or provide alternatives to prison. These changes are not entirely altruistic. Taxpayers stand to save millions of dollars when fewer people become wards of the state and when fewer ex-convicts engage in behavior that sends them back to prison.”

Despite the moral and budgetary logic behind criminal justice reform, politicians eager to demonstrate their seriousness about crime are prone to overreaction, often exaggerating tragic incidents and localized patterns to convince voters that widespread fear is justified. Donald J. Trump, for example, has stated: “You can go to war zones in countries that we are fighting and it is safer than living in some of our inner cities that are run by the Democrats…. We’ll get rid of crime. You’ll be able to walk down the street without getting shot. Now you walk down the street, you get shot.” While it is true that cities like Baltimore and Chicago have real problems with gun violence and that preliminary data for 2015 show a one-year increase in the violent crime rate, the overall trend is that the United States has become considerably safer over time. Data for 2014, the last year for which the Federal Bureau of Investigation has complete statistics, showed a 6.9 percent decrease in violent crime since 2010 and a 16.2 percent decrease since 2005.

The fact that rhetoric encouraging fear works so well is all the more reason that it must be resisted and called out. Even when crime is on the upswing—as it is in some cities—the conclusion that more aggressive law enforcement is the best or only answer is unwarranted. Focusing on getting illegal guns off the street and reducing their availability would probably do more to prevent violence, at a smaller financial and moral cost, than increasing prosecution and incarceration.

While there are some hopeful signs of movement toward criminal justice reform, like the Department of Justice phasing out the use of private prisons and voters beginning to withhold support from overly aggressive prosecutors, the larger trend in Washington is not as hopeful. The Sentencing and Corrections Reform Act, which enjoyed wide support from both Democrats and Republicans, including House Speaker Paul Ryan, died in the Senate in May. Senator Tom Cotton, who helped kill the bill, said that while victims of crime deserved empathy, “As for the claim that we should have more empathy for criminals, I won’t even try to conceal my contempt for the idea.” He did, however, admit that encouraging redemption and rehabilitation of criminals could be in “our interest as a society.”

While Senator Cotton is right that rehabilitation is in society’s best interest, he is badly wrong to imagine that it can be achieved without more empathy for criminals or that such empathy undermines justice instead of tempering it with mercy. Political rhetoric that rejects attempts to improve our criminal justice system in order to maintain the false security of appearing “tough on crime” betrays us all.

This article also appeared in print, under the headline “'Tough on Crime' Doesn't Pay,” in the September 19, 2016, issue.