Torture Is Still With Us

Torture Is Still With Us 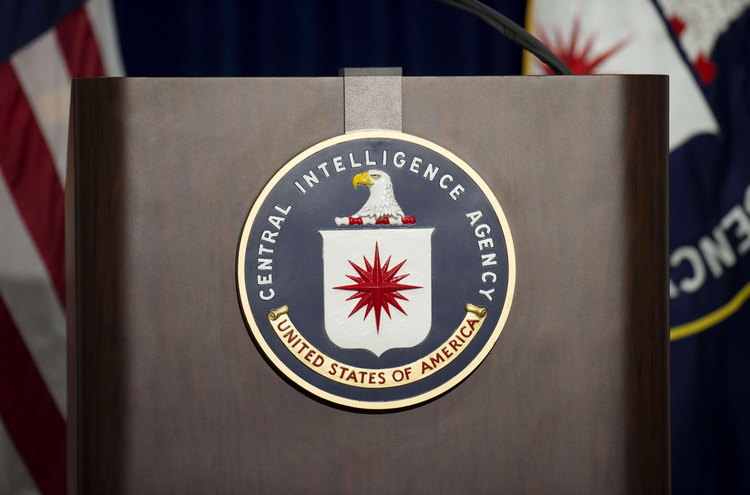 When America published “Facing Up to Torture,” by Raymond A. Schroth, S.J., just over a year ago (11/11/13), enough was known about the shameful history of torture in the United States to shock the conscience. That report, however, pointed to unfinished business: the declassification of the Senate Intelligence Committee’s definitive report on the Central Intelligence Agency interrogation program and the punishment of those found responsible for torture.

On Dec. 9, 2014, the Senate released a 528-page executive summary of that report. The results of the investigation into the treatment of 119 detainees between 2002 and 2008 present a serious moral challenge to all Americans, a fact that is unfortunately clouded by the partisan nature of the report. Republican members of the committee withdrew from the study in 2009 and have criticized the report’s authors for failing to interview key witnesses. C.I.A. Director John Brennan defended the use of what he calls “enhanced interrogation techniques.” President Obama has condemned torture but stood behind the C.I.A.

We now know that among those held, 26 were wrongfully detained; 39 were subjected to so-called enhanced interrogation techniques; three underwent waterboarding; and one innocent man was killed. The agency maintained five “black sites,” including one in Thailand, where Abu Zubaydah was held. At first he cooperated with C.I.A. and Federal Bureau of Investigation questioning; but once F.B.I. officers left the site, violence set the tone. In isolation for 47 days, he was smashed against the wall, stuffed in a small box and waterboarded 83 times until he vomited, coughed and trembled with spasms. C.I.A. employees appalled at this treatment wept, shook and asked to be transferred.

Other interrogations, based on the “psychology of helplessness,” belong in a horror film. Sensory and sleep deprivation induce a psychosis in which people lose control of what they say and think. The C.I.A. interrogation guide favors the D.D.D. method, “Debility, Dependency and Dread,” which breaks the captive’s will to resist. We live in a world where shared values no longer exist, argued the C.I.A. psychologists; breaking down captives with this technique would “save lives,” they told themselves. A New Haven University psychiatrist, Charles A. Morgan III, told The New York Times (12/10) that the C.I.A. psychologists had misunderstood the theory. These tactics were, in effect, “making people less reliable and more stupid.” Meanwhile, doctors cooperated in the violation of five prisoners under the guise of excruciatingly painful—and medically unnecessary—“rectal rehydrations.”

Senator Dianne Feinstein, chair-person of the Intelligence Committee, was determined to publish the report before the end of the year, lest the findings be suppressed by the next Congress and the American people never know what was done in their names. Those who hoped that the report could lead to contrition and reconciliation, even a restoration of justice, may be disappointed. Three former C.I.A. directors penned an op-ed in The Wall Street Journal arguing that the methods employed produced important information during a time of national crisis. Most disturbingly, in an interview on NBC’s “Meet the Press,” former Vice President Dick Cheney said of the interrogation program, “I would do it again in a minute.”

Those responsible for torturing have broken international and U.S. law, no matter what “permissions” were concocted by the George W. Bush’s legal team. Meanwhile, a passive American public devours television shows in which police or special agents rough up suspects, overlooking that these “heroes” are doing something immoral. The argument that brutal tactics “work” is both a proven untruth and a distraction from the moral issue.

Without bold political and religious leadership, justice will not be fully served. Senator John McCain, who himself was tortured as a prisoner of war in Vietnam, courageously broke with many of his Republican colleagues to commend the release of the report. In a powerful speech on the Senate floor, he said victims tell their torturers what they want to hear and, regardless of its efficacy, torture compromises “our belief that all people, even captured enemies, possess basic human rights.” Bishop Oscar Cantú, chair of the Committee on International Justice and Peace of the U.S. Conference of Catholic Bishops, has declared torture an “intrinsic evil that cannot be justified under any circumstances,” for it violates the “God-given dignity inherent in all people.”

That so many innocent people were detained and often abused demands a public apology and financial compensation. The U.N. Convention Against Torture, which the United States ratified in 1994, bans torture and other inhumane treatment and requires that torturers be prosecuted. The American torturers imagined they could answer evil with more evil rather. If we allow this to stand, history will judge us to our nation’s lasting shame.

Show Comments (
7
)
Comments are automatically closed two weeks after an article's initial publication. See our comments policy for more.
E.Patrick Mosman
5 years 1 month ago
A report entirely prepared by democrats, who did not interview any former head of the CIA or any member of the Bush administration or any one who conducted the so-called torture or member of the legal team that deemed certain practices as "not torture" is all one needs to know about the editor's bias in supporting the "report". If waterboarding, confinement in small cages for lengthy periods, subjected to sleep deprivation, loud sounds are torture why are many of our own military treated with such acts as part of their training in case of capture. The democrats who authored the report were fully briefed on all aspects and methods used at the time and did not raise any objections then.So why now? That is a question that the editors should have asked, but failed to do so, before accepting the findings as factual.
Paul Ferris
5 years 1 month ago
Our own military are "treated" to sleep deprivation, loud music, waterboarding so that when captured they may be better able to endure torture. See the SERE Manual used to train our military. SERE stands for Survival, Evasion, Rescue, and Escape. The practices were gleaned from North Korean and other countries torture manuals. The military believes these are methods of torture. It dors not advocate that our military use them. In fact using these methods is illegal under military law. In fact they are considered illegal by our military even though it was violated at Guantanamo and other military bases around the world under the direction of Donald Rumsfeld.
Paul Ferris
5 years 1 month ago
"C.I.A. employees appalled at this treatment wept, shook and asked to be transferred." This is a very troubling line in this editorial. There is a sense here that these employees were only concerned for their own suffering and not the suffering inflicted on the victim. Why wouldn't they leave the C.I.A. and work to expose these abuses ?
Paul Ferris
5 years 1 month ago
Of course, torture was only an excuse to go to war in Iraq. The so called neo-cons led by Dick Cheney came into office intending to go to war in Iraq. 9/11 gave them the cover they needed for this phony war. I also agree with the editors of America that this is at root a moral issue but I think their moral arguments are useless where their is no ethics in politics. I also believe that it only takes a limited amount of research to discover that the CIA has torture in its DNA. The fact that some CIA officers saw the torture and cried and asked to be transferred changes nothing. The Senate report tells us nothing that was not already known for anyone who chose to look at it.
Paul Ferris
5 years 1 month ago
Bishop Oscar Cantú, chair of the Committee on International Justice and Peace of the U.S. Conference of Catholic Bishops, has declared torture an “intrinsic evil that cannot be justified under any circumstances,” for it violates the “God-given dignity inherent in all people.” The question of "intrinsic evil" , (a problematic Catholic moral phrase) begs the question, so what ? Sadly, recent polls show that the majority of adherents to organized religion believe that what the CIA did to suspected terrorists was not wrong even if it was torture. Following VP Cheney's train of thought, torture is an individual making a call to his family just before jumping out of one of the World Trade Center Building on 9/11. Since 9/11 costs almost two thousand innocent lives and untold suffering for thousands of their loved ones, so what if 25% of a hundred or so victims of CIA torture were not involved in the 9/11 attack. Call it collateral damage. I think VP Cheney captures well the moral logic of most people, even Catholics with whom I have spoken. Finally VP Cheney says, we have not had another 9/11 attack, implying that torture works. This is the point where Cheney's train of moral thought becomes a train wreck. The war in Iraq was justified at the United Nations by Colin Powell on false information supplied by a tortured individual who only wanted the torture to stop. This false information led most Republicans and Democrats in Congress to approve the war in Iraq. There were almost five thousand U.S. military deaths plus many more thousand wounded based on a war justified by torture that didn't work. Recent estimates are that two hundred thousand Iraqiis died and two million were made refugees. In an even wider context torture is practiced in over 150 countries according to TASSC International a survivors of torture support group. VP Cheney has made it clear he does not care about the U.N. Convention Against Torture nor Bishop Cantu's "intrinsic evil" argument. Maybe Americans who agree with him can change their views when they consider the abject failure of achieving anything through torture...only more suffering phone calls and more dead by the numbers. No VP Cheney; CIA torture did not, has not, nor will it ever make us safer, if for not other reason, that it does not work.
Paul Ferris
5 years 1 month ago
It is truly tragic that torture and terrorism have become inextricably tied together after 9/11 as if the issue of torture did not exist long before this awful day. Now as the subject is brought up again by the recent Senate revelations, we have the crimes of Paris committed by terrorists. This climate of terrorism makes it impossible to discuss the world wide phenomenon of torture because peoples' minds have become so twisted (ironically the etymology of the word torture comes from Latin to twist) by current events. Talk of the irrationality or intrinsic evil of torture becomes muted by minds caught up in the fear of terrorism. Thousands and thousands of innocent victims of torture in countries throughout the world are ignored.
John Placette
5 years ago
.
Advertisement

This article also appeared in print, under the headline “Torture Is Still With Us,” in the January 19-26, 2015, issue.