Suicide and the search for justice after sexual abuse 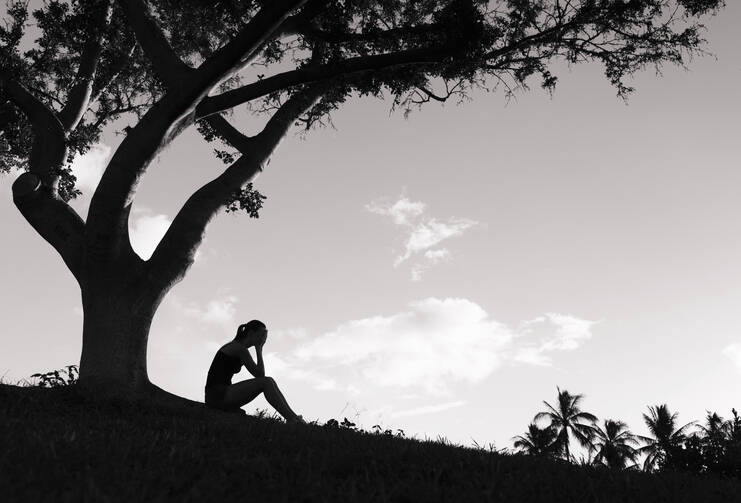 Brian Gergely, a survivor of sexual abuse by a priest and a staunch advocate for other victims, took his own life last week, just days after the Pennsylvania State Senate eliminated from a bill reforming sexual abuse statutes the right of past victims to seek redress in court. Mr. Gergely’s suicide evoked deep compassion from many Catholics and fellow survivors and advocates.

Some survivors and advocates opined that Mr. Gergely’s suicide stemmed from hopelessness following the senate’s action. Judith Weiss Collins, a survivor of sexual abuse by a member of the clergy in the Diocese of Allentown, said: “Talk to anyone who has been abused and the suicidal idealization [sic] is always there…. It’s just wretched...but loss of hope that is it…knowing you can't do anything. That we can't do anything to gain back anything that was lost.” This statement encapsulates some of the complexities of suicide and its relationship with sexual abuse that are important to unpack.

Suicide Demographics. Suicide is a public health scourge that rests on myriad factors. Since 1999, the incidence of suicide in the United States has increased rapidly, picking up even more speed since 2010. Now 117 Americans take their lives every day. Suicide has increased among nearly every age group, but middle-aged white men appear to be a particularly vulnerable group. Experts have not reached consensus on the reasons for this uptick in suicides, variously citing as potential contributors: the economic downturn, the increase in intended overdoses of prescribed opiates for pain, the role of Iraq and Afghanistan in veteran suicides, and social isolation, especially of divorced middle-aged men who also may be jobless.

Suicide and Sexual Abuse. Survivors of sexual abuse in childhood or adolescence are two to four times more likely to take their own lives than non-abused individuals. The likelihood of suicide is more strongly correlated with early sexual trauma when the abuse is repetitive and the perpetrator is a family member. Sexual abuse by a priest is comparable to incest given the historic role of a priest as the spiritual “father” of all Catholics in his care. Additional risk factors for suicide, like alcohol and substance abuse, depression, impulsivity, relational losses, job instability or loss, previous suicide attempts, mood disorders, post-traumatic stress disorder, personality disorders and social isolation, are also common consequences of sexual abuse.

Further, while any kind of sexual abuse may disrupt the child’s relationship with God, violation by a priest frequently destroys God as a protective source of hope, instead turning the divine into a sadistic abuser or a careless witness who refuses to intervene. Brian Gergely, abused for seven years by a Catholic priest, was therefore at high risk for suicide. His great disappointment over the Pennsylvania Senate’s amendment to a bill he had fought for may well have been the contemporary trigger leading him to choose to kill himself.

But here is where things get tricky. While there is a well-substantiated and alarming relationship between sexual abuse and suicide, suicide is still rare among abuse survivors. Contrary to the quotation from Ms. Collins above, “only” about one third of survivors even think about taking their own lives, and far fewer actually do it. Unfortunately, I could not find any studies specifying the percentage of suicides linked to histories of childhood sexual abuse, or any addressing the percentage of survivors of sexual abuse who ultimately commit suicide. Researchers point out, however, that individuals who take their own lives usually have a plethora of risk factors, some of which co-vary (e.g., substance abuse and depression; substance abuse and social isolation; financial instability and relational loss). This makes it difficult to isolate the factors most associated with a given suicide.

After my 30 years of clinical work with survivors of sexual abuse, I estimate that 50 percent have had at least occasional suicidal ideation, and about 10 percent have considered suicide seriously enough to warrant additional clinical services ranging from a medication change to extra sessions, to brief in-patient stays. One patient took her own life. She, like most people who take their own lives, had a pastiche of risk factors: sexual abuse as a child, a parent who committed suicide, access to lethal means, depression, financial instability, a degenerative physical disease and the departure from home of her youngest child.

A Treatable Condition. A tendency toward suicide does not necessarily lead to an actual suicide.Any episode of suicidal thinking or intent is time-limited, even if those episodes occur regularly. The goal of therapy is to see someone through an episode, shore up or introduce protective factors and assist in accessing an ongoing source of help. Mental health crisis centers, the police and medical workers or hospital emergency departments are available to talk to and evaluate suicidal persons and point them toward additional help. The National Suicide Prevention Lifeline is open for phone or online chat 24 hours a day, seven days a week. The person in a suicidal crisis needs immediate attention; the person with recurrent suicidal ideation needs a healing relationship with a therapist or other trained professional.

Life After Abuse. The survivor quoted above feels that the Pennsylvania senate robbed survivors of hope that they can get back something they lost. The soul-searing truth, however, is that no court, no settlement, no public acknowledgement can give them justice. A childhood desecrated by sexual abuse, especially abuse perpetrated by a priest, can never be restored. It is unfair, but the task of the survivor who truly wants to heal is to mourn the unrecoverable loss of a deserved childhood, to go through the sickening process of relinquishing the hope of restoration in order to live into the hope of resurrection.

When this journey is successful, the survivor develops a life separate from the abuse. The inner demons are not fully exorcised, but they are tamed. It takes greater provocation to wake them; and less time, effort and pain are required to keep them at bay. At that point, any gestures received or triumphs gleaned from laws, lawsuits or church efforts are gravy for the survivor to savor, not essentials to make life worth living.

A Note of Caution. Suicide is contagious at times, and another risk factor is exposure through personal experience, media or the internet to the suicide of another, especially one with whom a person has something in common. The National Suicide Prevention Lifeline (1-800-273-TALK) provides information about suicide risk factors and prevention. The staff also provides guidelines for media discussion of suicide. It is irresponsible for anyone to react to an individual’s suicide without noting that suicide can be prevented, offering hope and directing to the Lifeline people who are considering suicide and those who are concerned about someone else who is at risk.

Mary Gail Frawley-O’Dea, Ph.D., a clinical psychologist and trauma specialist, has worked with the victims of sexual abuse for 30 years.