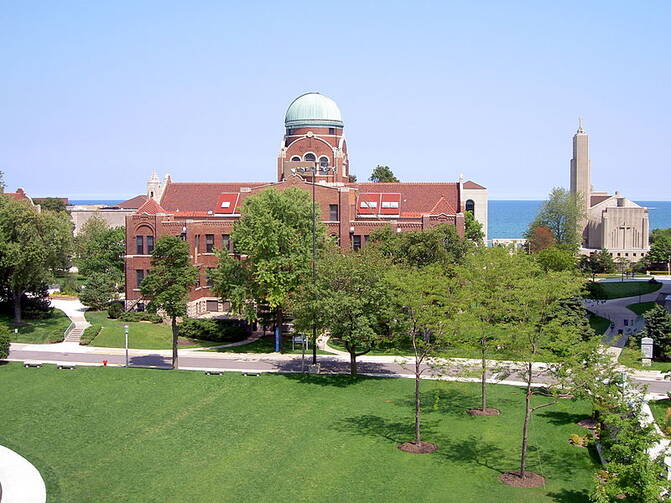 Last year, undergraduate students at Loyola University Chicago voted to raise their own student fees by $2.50 per semester to create a scholarship fund for undocumented immigrant undergraduate students. In December, the university’s board of trustees voted to approve this fund, to be called the Magis Scholarship Fund. The first recipients are slated to be selected this spring and are scheduled to receive the scholarship beginning next fall.

This student initiative grew from a report presented early in 2013 by researchers from Loyola as well as Fairfield and Santa Clara universities. The researchers recognized that there are many bright, talented and highly motivated men and women of college age whose parents brought them to the United States without government authorization or, in some cases, overstayed their visas. They have great potential to contribute to the future of our country but cannot yet do so because of obstacles they face in pursuing higher education. Most other Jesuit colleges and universities endorsed this research.

In response, members of Loyola’s student government and its Latin American student organization spearheaded the effort to build this $50,000 scholarship fund. Don Graham of TheDream.US, a web-based scholarship fund, matched the students’ contribution. Speaking for his fellow students, Flavio Bravo explained, “As students at a Jesuit university, we recognize that our personal development is shared among one another.” This student initiative is a challenge to all to notice the needs of our brothers and sisters and to take the first small steps that can grow and help build a better future for all of us.

The Editors
Show Comments (
7
)
Comments are automatically closed two weeks after an article's initial publication. See our comments policy for more.
John Walton
6 years 3 months ago
Is this something students "opt into" or is it compulsory support of an illegal action?
Marilyn Ciucci
6 years 3 months ago
Please note my comment to J D Sparks..they are admitting DACA children..a category of children who were brought by their parents...as children...President's executive order created DACA..and so helping them is not an illegal action. Did you lose your empathy button somewhere?
Jeanne Linconnue
6 years 3 months ago
Good for these students. What a wonderful example of finding a practical way to follow Jesus' teaching to welcome the stranger. Matthew 25: 35 I was hungry and you gave me food, I was thirsty and you gave me drink, I was a stranger and you welcomed me.
JD Sparks
6 years 3 months ago
So, my school, is now supporting illegal activities? Maybe the accounting dept can have a class in how to embezel money? As a former member of the student activity find and student govt, I am pretty disappointed.
M NAYLOR
6 years 2 months ago
I can also say Loyola is my alma mater, as I did receive a bachelor's degree there, eons ago. And, I was so proud when I read the article [and upset enough to add a comment when I read J.Sparks' letter in the 2/29 issue of America.] When I went to look up the actual online comment, I see how well others have worded their responses and only add my Amen! "Welcome" and love, charity is what I'd hope a loving mother would offer! Mary Naylor
Marilyn Ciucci
6 years 3 months ago
JD Sparks, or should I say Mr. Sympathy, Please remember that the President issued an executive order for those children brought by their parents as children ...and that made them eligible for other benefits...like college admission. They are DACA children...not undocumented by their own choice..
gista januri
6 years ago
good schools, hopefully be an inspiration for jual obat keputihan