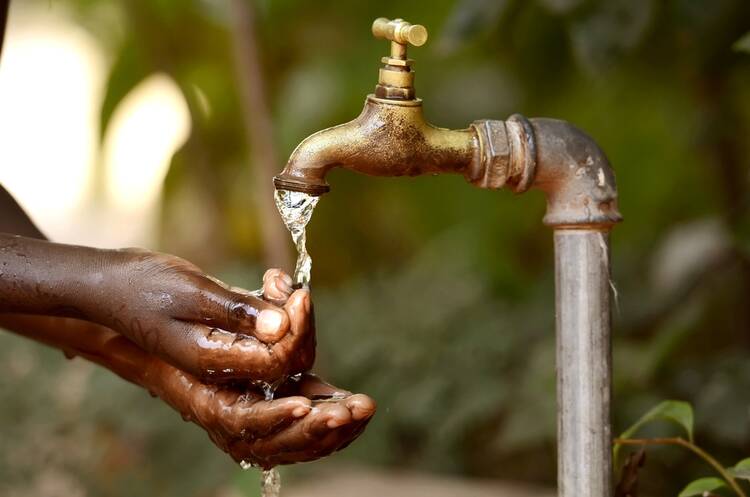 Let me propose a general rule for reading “Laudato Si’”: If the idea of evangelical poverty doesn’t make any sense to you, then large parts of the encyclical won’t make much sense either. That’s not to say the converse is true; the issues addressed are varied and often complex.

As Pope Francis said of certain other issues in his 2013 interview with Antonio Spadaro, "When we speak about these issues, we have to talk about them in a context." “Laudato Si’” sets out to provide that context—offering a wide-ranging and elaborate backdrop against which a sound and humane ecology can emerge. This is captured succinctly in the simple phrase: "There can be no ecology without an adequate anthropology" (118).

If there can be no ecology without an adequate anthropology, and if, as the Second Vatican Council insists, "The truth is that only in the mystery of the incarnate Word does the mystery of man take on light," then the church not only has something to say about ecology, but has something essential and irreplaceable to say. So what do the church and the Pope have to say about ecology?

Most of the discussions leading up to the release of “Laudato Si’” have, predictably, mirrored our present political debates by focusing on a variety of technical and policy questions: the validity of scientific evidence for anthropogenic climate change, the environmental impact of our heavy reliance on hydrocarbon-based energy and the viability of alternative technologies, the best ways to address the continuing scandal of widespread global poverty and economic inequality, and so on.

I don't mean in any way to suggest that these are not important questions. Pope Francis addresses each of these issues in “Laudato Si’,” often with great emphasis and urgency. But to read “Laudato Si’” through the anthropologically flimsy lens of our policy debates—however important or urgent—is to miss the true foundations upon which Pope Francis grounds his call to defend creation. “Everything is connected,” as the encyclical reminds us, again and again.

In one way, we understand the material world—all that cosmic stardust, that quivering matter and energy—far better than we ever have. We wield such great power over the material world that we have come to see ourselves "as lords and masters" of nature. Utility may be a poor measure of nature’s worth and meaning, but it’s the only one our world seems capable of acknowledging anymore.

And so we have developed a deeply problematic relationship with nature—including our own human nature. I don’t just mean that we don’t pay enough attention to the birds and trees, or take enough care for the rivers and oceans. I mean we’ve forgotten—or at least become very confused about—what nature means and what it tells us about ourselves and about the One through whom all things were made. This includes confusion about ourselves, for we are both part of creation as well as its stewards.

While the pope speaks of creation as a sacrament, a veritable sign of God’s infinite love, he simultaneously shows ambivalence—even, at times, disdain—for man’s power over nature. The pope writes of leaving behind “the modern myth of unlimited material progress” and of the need to devise ways of “limiting our power” (No. 78). He warns that we “need to slow down and look at reality in a different way,” so that we can “recover the values and the great goals swept away by our unrestrained delusions of grandeur” (No. 114). He insists we need an “alternative understanding of the quality of life” compatible with “the conviction that ‘less is more’” (No. 222).

These words can sound strange, unsettling, and even irrational to modern ears so used as we are to the logic of utility. Our world can see no value, no reason, in the choice to willingly forego real and legitimate goods. Limit material progress? Give up power? Hamstring growth? Our world sees such a choice as foolish, stupid, reckless—as a stumbling block and a sign of contradiction.

And that, perhaps, is the point.

There can be no ecology without an adequate anthropology. The deepest truth about man is revealed in the One through whom all things came to be, and who, in assuming our poverty, became both a sign of contradiction and the means of salvation for us and all of creation. 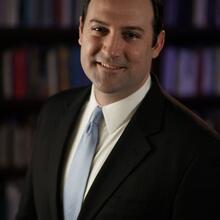 Stephen P. White is a fellow in the Catholic Studies Program at the Ethics and Public Policy Center in Washington, D.C.