A Sermon on the Hill 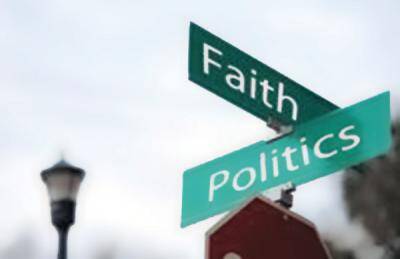 The most predictable Washington ritual is the president’s State of the Union address. This civic liturgy includes an entrance procession of the Senate, Cabinet and Supreme Court followed by the president, who declares the union “strong” and offers his policies to make it stronger. Members of the president’s party repeatedly stand and applaud and the other party offers disapproving silence from their seats. The ritualistic political theater includes the presence of symbolic citizens chosen for their moving stories, which reinforce poll-tested messages.

The next time Vice President Biden and Speaker Boehner preside together, the occasion won’t be so predictable. John Boehner and Nancy Pelosi, very different Catholics, have invited Pope Francis to address Congress in September. Only five decades ago, some American leaders declared a Catholic should not become president because he would take orders from the pope. Now Jorge Bergolio of Argentina has been invited to offer guidance to American legislators because of his leadership as Pope Francis.

The papal visit is generating much excitement, but are our leaders ready for Francis’ challenges to political, economic and ecclesial business as usual? A Congressional resolution of invitation reportedly faltered, with some Republicans wary of Pope Francis’ indictments of an “economy of exclusion,” “trickle-down economics” and anti-immigrant policies. Some Democrats might be worried about Pope Francis’ criticism of a “throw-away culture” that threatens unborn children and others. He has said, “It is not ‘progressive’ to try to resolve problems by eliminating a human life.” Francis’ defense of families takes on both economic and moral pressures on family life, making ideologues on both left and right uncomfortable.

When this modern “Francis” insists authentic power requires humble service, he is challenging the culture of Washington. When he calls nations to place the poor and vulnerable first, pursue peace and care for God’s creation, the pope is offering stark alternatives to the priorities of Congress. Francis has said politics is “a lofty vocation and one of the highest forms of charity, inasmuch as it seeks the common good.... I ask God to give us more politicians capable of sincere and effective dialogue.” This call for dialogue focused on the common good challenges the partisan gamesmanship and special interest power that dominate Washington.

But it doesn’t need to be this way, especially on poverty and opportunity. President Obama seems liberated, not demoralized, by the loss of a Democratic Senate. His “middle class economics” would help lift up the poor, though he doesn’t say the word poverty. Surprisingly, Mitt Romney (of “47 percent” fame) is talking about poverty; and Republicans like Paul Ryan of Wisconsin and Marco Rubio of Florida and Democrats like Chris Van Hollen of Maryland and Elizabeth Warren of Massachusetts are offering interesting policy responses. There are quiet conversations among thinkers and researchers from left and right looking for common ground. Catholic, evangelical and other leaders are coming together to make overcoming poverty a moral imperative and national priority, taking on the ideological divisions between a narrow focus on family factors and an exclusive emphasis on economic factors. These false choices are bad policy, bad politics and bad for poor people.

There are crucial tests to come. Republican reformers cannot justify or go along with food stamp and Medicaid cuts that undermine the safety net and hurt the poor. Democratic leaders need to address clearly how family structures and strengths affect the lives of poor children. Work is at the center of Pope Francis’ dignity agenda, but jobs are often neglected in this developing discussion. A decent job with a decent wage and benefits is the centerpiece of any real opportunity strategy. Catholic social teaching insists that those who can work should do so, but they need work and wages that can support a family, not offer another form of poverty. Justice requires that those who cannot work should be able to live in dignity and be treated with compassion.

If Pope Francis comes before Congress in September, he is likely to say once again, “The greatness of a society is found in the way it treats those most in need, those who have nothing apart from their poverty.” I hope all our leaders stand, applaud and say that’s one thing we can work on together.