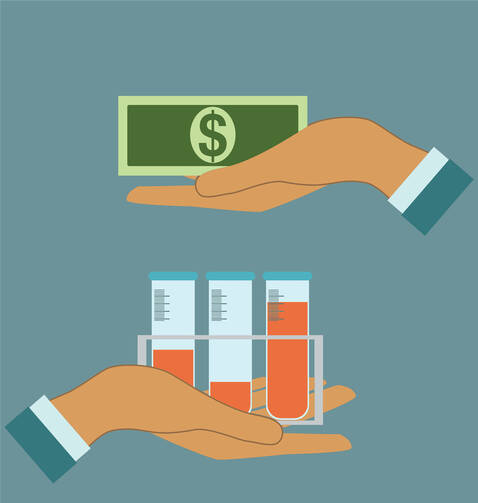 A series of undercover videos released by the Center for Medical Progress in July has brought renewed attention, in chilling and often gruesome detail, to a seldom discussed aspect of the abortion industry: the procurement of and trade in fetal tissue. The C.M.P. footage reveals Planned Parenthood executives and physicians discussing the processes and pricing used for obtaining fetal tissue from abortions, at times in flippant or casual ways.

Responding to the videos, Cardinal Seán O’Malley, O.F.M.Cap., archbishop of Boston and chair of the U.S. bishops’ Committee on Pro-Life Activities, suggested that the C.M.P. exposé should “direct our attention to two larger issues”: abortion itself—“a direct attack on human life in its most vulnerable condition”—and “the now standard practice of obtaining fetal organs and tissues through abortion.”

“Both actions,” he said, “fail to respect the humanity and dignity of human life,” contributing to the “throwaway culture” frequently deplored by Pope Francis.

A powerful narrative has been emerging of late from within the pro-choice camp, moving from the “safe, legal and rare” formula of the Clinton era into an abortion-positive position: research that suggests—dubiously—that women do not regret abortions; abortions captured live that portray it as an essentially carefree medical procedure; Twitter campaigns to “normalize,” even celebrate the experience. The intent of these efforts is to silence what flagging cultural conscience remains over the morality of abortion. But C.M.P.’s hidden-camera operation tears off the rhetorical veneer and exposes abortion and the gruesome commodities market it feeds for what it is: an obliteration of human dignity.

In the cultural field that enwraps Planned Parenthood’s mission, the sanctity of life has to be completely nullified in order for the work to proceed at all. Why should anyone be surprised when other comparably smaller imaginative leaps—the commodification of human flesh, for example—accompany the process of total dehumanization?

The political discussion, and Planned Parenthood’s explanations and defenses of its practices, have focused on the legality of fetal tissue sales. As important as that question is, it is tangential to the more significant moral challenge raised by the commodification of the bodies of aborted human fetuses. From this perspective, whether Planned Parenthood is receiving $75 per specimen or $1,000 or only $5 is beside the point.

Planned Parenthood is being compensated for treating the body of an aborted fetus as a source for parts, and they are responding by maximizing the value of a scarce resource. The great moral tragedy is that what makes these tissues uniquely valuable—the fact that we share with the fetus a common humanity—is precisely what is being denied in the process of obtaining them through abortions.

In the first C.M.P. release, a doctor tries to make ethical sense of Planned Parenthood’s role in bringing fetal remains to market. She explains that many women are “happy to know that there’s a possibility for them to do ‘this extra bit of good.’”

No doubt many women, faced with the difficult circumstances that led them to have an abortion, are relieved to hear that some apparent good can be achieved by donating tissue from the abortion for research. But the videos make very clear—even to those who do not believe that abortion is wrong—that behind the scenes, once an abortion is completed and the “donation” is being processed, Planned Parenthood is no longer motivated by the wishes of its client. It is instead focused on accommodating the needs and goals of the tissue procurement company and the demands of its market.

If that disgusts you, it ought to. The videos demonstrate, without any buffer, the faulty moral logic used to justify abortion. The physical and emotional revulsion we feel while watching these videos is evidence of the movement of our conscience telling us that these are not just collections of tissues, but persons with livers, brains, hearts—and souls.

But these disturbing images ought also to lead to a larger question: not only how to avoid and outlaw the practice of harvesting fetal tissue for profit, but of what consideration and compassion we owe the child and its mother both, beyond offering the illusory comfort of “donating” the body of an unborn child she feels unable to welcome into life.