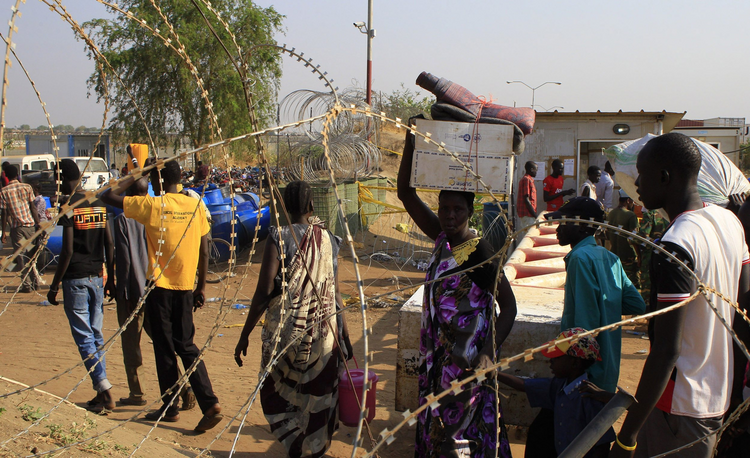 From Juba, the capital city of South Sudan, the Catholic bishops of that republic proclaimed on Nov. 15 a pastoral message of “hope and encouragement,” marking the conclusion of the church’s Year of Faith and celebrating this young state’s independence from Sudan in 2011. The civil war in Sudan from 1983 to 2005 had cost an estimated two million lives. Independence was a special joy for Christians, who had suffered greatly under the regime of President Omar Hassan al-Bashir. But the bishops offered this reminder: “Building a new nation is not a quick nor easy task.” Many citizens had never experienced democracy, peace, religious freedom and ecumenical cooperation. There were causes for concern and a “widespread feeling that something is not right,” the bishops acknowledged.

Two months ago the internecine tensions broke out into open conflict when President Salva Kiir accused Riek Machar, the vice president he had dismissed in July, of attempting a coup on Dec. 16. Fighting erupted between their personal militias and spread throughout the country. To some this was an extension of ancient ethnic conflicts: Kiir’s Dinka ethnic group versus Machar’s Nuer group. To others it was a struggle for control of the oil fields and the pipeline that links South Sudan with its divorced neighbor to the north. To political analysts it was the failure of the U.N. peacekeeping mission, negotiators of the 2011 split, to deal with deeper problems like the inequitable distribution of wealth and resources, government corruption and the lack of a unified national military.

As of this writing, 400,000 South Sudanese have fled their homes in search of safety. Two hundred of these, mostly women and children, died when their boat sank in the Nile River. Reports of mass graves, dozens of dead, mangled and bloated bodies lining the roadside from the airport to the recently recaptured city of Bentiu, plus the looted shops and burned-out homes, cars and buses, testify to hatred run wild. Toby Lanzer, the U.N. humanitarian official in South Sudan, has “absolutely no doubt” that thousands have been killed.

The U.N. Security Council has voted to send 12,500 troops and 1,323 civilian police, though U.N. chief Ban Ki-moon insists, “This is a political crisis which requires a peaceful, political solution.” The United States has deployed small contingents of Marines in Uganda, South Sudan and Djibouti. A small but robust contingent of the Police Defense Forces of Uganda have arrived to secure the Juba International Airport, evacuate Ugandan citizens, deliver medical supplies and help end the killing, looting and bloodletting. Delegates from all sides recently assembled in Addis Ababa, Ethiopia, to begin negotiations.

Amir Idris, a professor of African history and politics at Fordham University, wrote in The Sudan Tribune (1/12) that the rebuilding of South Sudan requires an intellectual endeavor to replace the colonial state of mind, which explains societal events by the underlying blood ties. A more inclusive approach that cultivates new capabilities for citizenship builds on three premises: the conflict is neither ethnic nor cultural but political; ethnic identities are not static and can be peaceful if restructured in a way that makes coexistence with overlapping identities possible; and political violence calls for a political solution, which requires that the people reinvent themselves by redefining their identities to democratize the state. The people of South Sudan should seek an inclusive citizenship and an equal distribution of power and wealth for all.

Above all, South Sudan must address the history of violence in the region as well as the absence of law and order and the weak sense of national identity. In response to the ineffectual justice system, David Deng and Elizabeth Deng, lawyers based in South Sudan and Kenya, respectively, have proposed a hybrid court—similar to those in Sierra Leone, Kosovo and Cambodia—within the judiciary of South Sudan.

Meanwhile, the United States needs to repair its relationship with President Kiir and maintain its credibility as an unbiased mediator in the conflict by avoiding the temptation to throw its support to one side or another. Rather, the United States should increase the level of humanitarian aid to the region and do everything possible to encourage a negotiated peaceful resolution. The negotiations present an opportunity to work with China, which is reportedly playing a constructive role in the peace process.

If the meetings in Ethiopia bear fruit and if the leadership of South Sudan can be convinced to rethink the organization of the new country, the joy expressed in the bishops’ statement will be validated and the open letter released by church leaders in South Sudan under the auspices of the World Council of Churches on Dec. 18, 2013, will ring true: We “identify ourselves not as representatives of tribes or denominations but as leaders and representatives of one church and one body of Christ.” 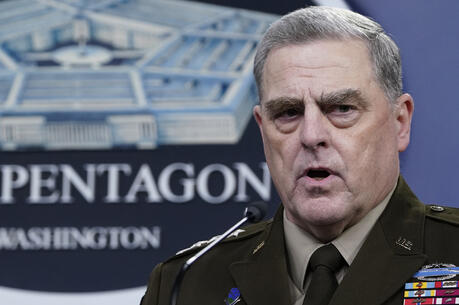