Skip to main content
Of Other Things
September 12, 2016 issue 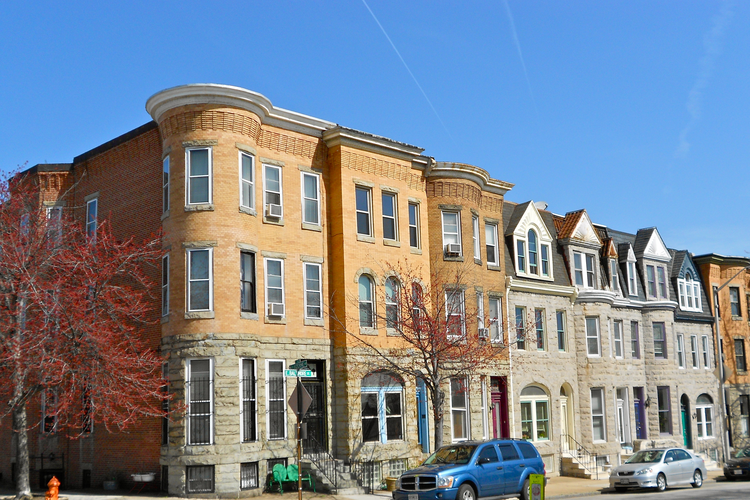 Last spring I took my car to my mechanic for repairs. I explained that I needed it back by Friday because I was taking a trip. “Where you going?” he asked. “Baltimore,” I replied. “Baltimore?” he responded, without missing a beat. “Why would you want to go there?”

Sadly, this reflects many people’s view of Baltimore. Perceptions of the city as a violent, drug-ridden war zone have been shaped for decades by TV shows like “Homicide: Life on the Street” and “The Wire.” Many Baltimoreans accept this view as well. During the two decades I lived there, the murder rate rose to over 300 per year, one of the highest in the country. People have referred to the city we called home as “Bodymore, Maryland.” The slogan one former mayor had painted on the bus stop benches, “Baltimore, the City That Reads,” was routinely altered by graffiti artists to: “Baltimore, the City That Bleeds.”

Baltimore’s troubled history has been further confirmed by recent events. The death of Freddie Gray galvanized the city, provoking protests and riots. The ensuing trials of the officers responsible for his death concluded with all charges being dropped, a turn of events that seemed to exonerate the police, but not for long. A recent study of the department has uncovered ingrained corruption, unjustified arrests and police brutality, among other abuses.

This is the version of Baltimore many Americans recognize, including my mechanic, but it is a caricature of a complex community. So I was delighted recently to discover a much-needed corrective. In their new book, The Long Loneliness in Baltimore, Brendan Walsh and Willa Bickham offer an account of their 45 years running Viva House, a Catholic Worker house of hospitality in the impoverished neighborhood of Southwest Baltimore. Theirs is a rich history: they opened the doors of their home in October 1968 to their first guests, the members of the Catonsville Nine. During the trial of the protesters, Dorothy Day, then 70 years old, joined the community, fortifying Brendan and Willa’s sense of purpose and giving their new ministry direction.

Their doors remained open during the unrest of the late 1960s, as the Vietnam War raged, during the housing crisis of the 1970s and during the 1980s, when the homeless population reached epidemic proportions, and Brendan and Willa enhanced the services they offered with the help of a growing force of volunteers. Over the past half century, they have served the poorest of the poor, providing more than one million meals, offering shelter to over 3,000 people and distributing over 375 tons of food to neighborhood families. In the midst of urban decay, Viva House has remained, a fount of life amid a culture of death, offering solace and sanctuary for Baltimore’s forgotten citizens—the homeless, the addicted, the orphan, the widow, the stranger.

The Long Loneliness in Baltimore offers a view of the city few people have seen, including many of us who have lived there. Brendan, a former seminarian, and Willa, a former member of the Sisters of St. Joseph, have devoted their lives to the hallowed and holy enterprise of bearing witness. In addition to providing a historical overview, the book presents poignant vignettes, moments of revelation that illuminate the life of the neighborhood and the plight of the poor—not just the poor of Baltimore, but those across our country who struggle to survive in the merciless environment of the modern American city. Brendan’s unflinching narrative and Willa’s delicately rendered illustrations of daily life give a face and a name to the anonymous poor and depict the challenges they face. Their stories attest to the lives, the courage and the wisdom encountered in ordinary people. They are no longer invisible, but instead fully fleshed children of God with names, identities and histories that cry out to be heard and told. What we find in this testament of faith is not so much poverty as vast richness.

Show Comments (
1
)
Comments are automatically closed two weeks after an article's initial publication. See our comments policy for more.
Barry Fitzpatrick
4 years ago
Many thanks to Angela for highlighting two of the giants of the faith in Baltimore. I always have a sense that I am unworthy to even speak about Brendan and Willa as their witness ever calls me to do something that I am not doing right now. They don't do that by yelling at me or making me feel embarrassed that I am not serving enough, that is all on me. No, they stand for me as genuine people who put their Gospel words into action, and Angela rightly portrays them as beacons of hopefulness amid the rubble where they live and serve. There is no guile in them, only hearts filled with the goodness of Christ waiting to be shared. They don't shame me, they challenge me to do better. My prayer is always that I will. Thanks again, Angela.
Advertisement

This article also appeared in print, under the headline “Saints of Southwest Baltimore,” in the September 12, 2016, issue.

Angela Alaimo O’Donnell is a writer, professor and associate director of the Curran Center for American Catholic Studies at Fordham University. The Long Loneliness in Baltimore, not to be confused with an earlier book with a similar title by Brendan Walsh, is forthcoming from Apprentice House Books. Twitter: @AODonnellAngela.