Can Japan balance economic growth against the hazards of nuclear power? 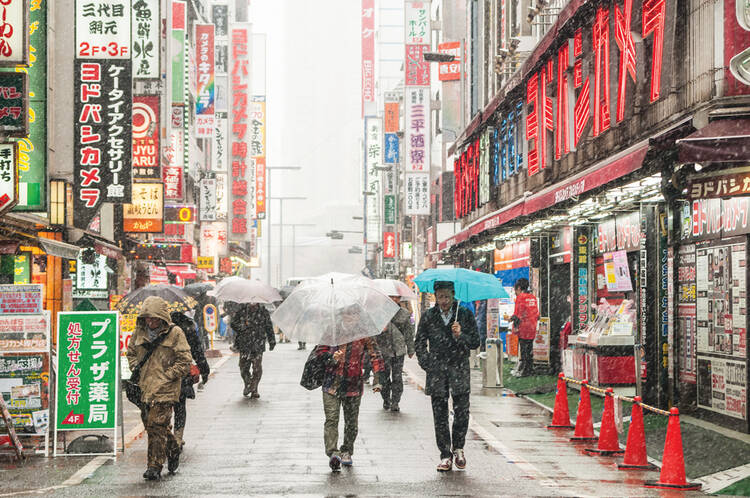 The grim public mood among the Japanese appears to have lifted. And why not? With four contiguous quarters of higher-than-expected economic growth, Japan’s economy finally seems to be recovering. To put this achievement in context, in the first half of 2013 Japan ranked first in growth among the world’s seven most developed nations. And the selection of Tokyo as the site of the 2020 Summer Olympics has further ratcheted up the public mood.

These changes are stunning when you consider that in March 2011 a huge earthquake followed by a tsunami killed nearly 20,000 people, displaced more than 300,000 people and wreaked havoc nationwide. The historic disaster included a partial meltdown of several reactors at the Fukushima Daiichi nuclear power plant that released radiation and other toxins into the water and atmosphere. Initial finger-pointing by the Tokyo Electric Power Company and the government bewildered and depressed the public. Then Tepco, as the energy company is known, embarked on a costly ongoing effort to stop the leaks and clean up the mess. For its part, the government relocated residents from the danger zone, set out to rebuild what the earthquake and tsunami had destroyed and tried to calm and reassure a stricken nation. But the public remained wary and distrustful—with good reason.

Now, three years later, despite the cleanup effort so far, radiation levels in the towns worst hit are still more than twice the level considered safe for human health. According to a report released last September, some leaks continue to contaminate groundwater systems, and there is no long-term resolution to the problem in sight. This continuing contamination is taking place some 155 miles from Tokyo, one of the world’s largest cities. Many of those displaced from their homes in the contamination zone, including some 83,000 people still unable to return, have lost faith in their government’s ability to protect them. For Japanese society at large, the question is whether the negatives of atomic energy, made vivid during this nuclear disaster, are outweighed by the positives. How can people in nations prone to earthquakes and tsunamis (or other frequent natural disasters) believe that nuclear power provides “safe and affordable” energy, given the cost of cleanup and the industry’s long-term hazards? Yet such doubts have still not fueled sustained antinuclear political power even in Japan. Rather, the movement proceeds in fits and starts.

Power to the People

Initially, the Fukushima meltdown tapped into a deep strain of antinuclear sentiment among the Japanese. Antinuclear organizations persuaded the public to pressure the government to shutter the nation’s existing power plants and shelve plans for new plant construction. The public sought government assurance that other nuclear reactors were equipped, or could be built, to withstand a natural disaster, or even a series of disasters, and that their managers could handle such an emergency if it happened. Antinuclear sentiment also played a role in the public’s growing desire for a change of political leadership. These are two real achievements of the movement.

As rebuilding commenced, the cleanup progressed and the memory of the disaster dimmed, however, the antinuclear movement lost some momentum. At the same time other issues, particularly the global recession and its effects on Japan, overtook the public’s concern. Meanwhile, unemployment, consumer prices and interest on public debt rose without any corresponding increase in wages or tax revenues. Several of these factors are interrelated. The cost of Middle East oil, for example, has sorely pinched a nation that imports nearly all of its energy and was trying to become more self-reliant through atomic energy. Japanese business leaders urging the reopening of at least a few of Japan’s nuclear power plants are finding increasing support as oil prices press the economy and threaten Japan’s recovery.

Unexpectedly, the antinuclear movement has found a surprising new ally in former Prime Minister Junichiro Koizumi, who has reversed his former support for nuclear power. In a speech to a business group in October, Mr. Koizumi said that Japan “should achieve zero nuclear plants and aim for a more sustainable society.” But the future strength of the movement is not at all clear.

Japan also faces regional issues, like the increasing military strength and aggressiveness of both China and North Korea. Given such complexity it is small wonder that the Japanese find their country’s recent economic rebound cause for celebration.

The upswing actually began in December 2012 with the landslide election of a new government, the Liberal Democratic Party, led by Prime Minister Shinzo Abe. In terms of the economy, which was the definitive issue at the time, the electorate seems to have chosen well. After nearly a year of Mr. Abe’s monetary easing and stimulus policies, called “Abenomics,” productivity is up and so is the Japanese stock market. (Yes, the Japanese yen has fallen in value, which hurts savers and some small businesses. But the currency slide will likely produce a more positive balance of trade as a weaker yen increases the affordability of Japanese exports.)

At this point, though, the recovery could easily be derailed, which has some economists quaking. More than one economist, for example, warned Mr. Abe against raising the national sales tax rate, fearing a contraction of the economy. But the prime minister has another idea. When he announced in October 2013 his intention to increase the sales tax from 5 percent to 8 percent in April 2014, Mr. Abe explained that he would offset adverse effects by plowing most of the revenue collected by the tax back into the economy through stimulus programs. Mr. Abe plans to tax consumers to pay for further stimulus—mostly public works and corporate tax cuts. He has even talked about raising the sales tax again in 2015, to 10 percent. By that time, experts and the electorate will have a better idea of how well and in what ways Mr. Abe’s offset plan has worked, and they can factor it into their decisions at the next general election in 2016. (Japan’s monetary easing and stimulus, it should be noted, are the opposite of the austerity approach favored by the European Union, which so far has had much less success turning the European economy around.)

Mr. Abe’s next step may be to try to convince the world’s biggest savers—Japanese consumers—to spend more of their earnings and savings at Japan’s shopping malls. That would help keep the economy growing throughout the decade, one of Mr. Abe’s goals. Achieving a decade of growth could make paying down the nation’s staggering debt (currently 245 percent of the gross domestic product) both providentially timed and politically feasible.

Finally, the 2020 Summer Olympics could also help keep Japanese spirits up. Not only will the games give Japan’s government a rationale for public spending on infrastructure (another economic stimulant) but they are expected to be profitable, adding around $14 billion to Japan’s economy, according to one estimate. There are additional benefits. By focusing public attention on an event the whole society can look forward to, the games rally and unify the public. They also place Japan in the world’s spotlight for a summer, display the achievements of Japan’s individual citizens and entire culture, solidify Japan’s place among nations and show off Japan’s economic recovery.

And there is also a link back to Fukushima. Before the International Olympic Committee selected Tokyo, it asked Japan’s leaders for assurance that the lingering radiation from the meltdown would not harm athletes and spectators. The games, in other words, give the government and Tepco further impetus to clean up and resolve residual issues. Preventing nuclear contamination of water and air so close to a city of 13 million people is a daunting task for any government and power company. But that is also the reality of the challenges facing atomic power.

Mr. Abe’s landslide victory, pundits say, is based primarily on his proposals to revive Japan’s economy. Even so, the people have elected a leader with a reputation as a military hawk and a booster of nuclear energy. Short of a conversion along the lines of Mr. Koizumi, both of Mr. Abe’s past enthusiasms—military and atomic power—give cause for concern. The Japanese, their regional neighbors and others who worry about nuclear energy production, which always carries with it the potential for the development of nuclear weapons, will have to stay alert. If Japan’s nuclear plants reopen, the public should demand proof of their stability, a schedule of regular safety inspections and the release of company strategies to deal with emergencies. The antinuclear movement should also join with environmentalists, enlisting the help of the converted Mr. Koizumi, to educate the public and press the government to develop alternative sources of energy, like solar and wind energy, that pose no known dangers.