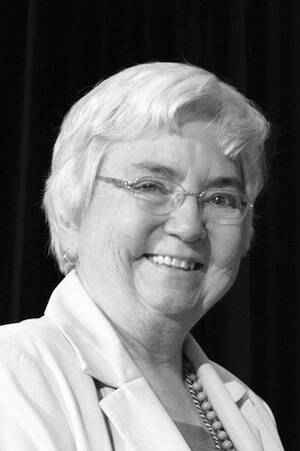 Every December Catholics vote with their wallet and not just at the mall. They do it when they give to the annual Retirement Fund for Religious collection, a 26-year-old venture to help support retired sisters, brothers and religious order priests in the United States. This year the national collection will be taken up in parishes on the weekend of Dec. 13-14.

In 1986 Catholics learned from The Wall Street Journal that religious orders faced a crisis because they did not foresee how rising health care costs and changing demographics would affect them. For decades, even centuries, the religious orders had invested in ministries, like education, health care and social services. They built alternative school, hospital and social-services systems. They did not, however, build retirement programs. They found satisfaction in what they did for the kingdom of heaven but not solvency for any kingdom on earth.

With sensitive consciences, beneficiaries of their systems, like alumni and former patients, took on the challenge as their own and worked with bishops and parishes to create the most successful annual collection the U.S. church had ever seen.

Religious orders became eligible for Social Security long after it was established by the United States. They bought in at a rate they could afford, which was not much. Today the annual benefit for a religious is $5,123.23, about a third of the amount received by the average beneficiary.

Catholics are smart givers too. With the retirement collection, they see 93 percent of what they donate go right to the retired religious. Compare that to the telephone solicitors, who reportedly give as little as 15 percent (15 is not a typo) of what they collect in the name of veterans’ groups, cancer victims, local police and firefighters.

Collection organizers are smart too. They recognize that smart planning is one solution to the crisis.

The Benedictines of Subiaco Abbey in Arkansas, in 2009, asked the National Religious Retirement Office, which operates the collection, for an elevator. They then heeded advice to consider the elevator as part of long-term retirement needs and the ongoing viability of their order and ministries.

The Benedictines opted for a capital campaign, and an N.R.R.O. Implementation Assistance award of $300,000 let them hire a development firm to execute it. Before the campaign, the Benedictines were expected to deplete their operating budget in a matter of years. Today, they are just shy of completing an $8 million capital campaign that will ensure ongoing care of their senior members and long-term viability for their ministries and Benedictine way of life.

The Congregation of Divine Providence in Melbourne, Ky., faced the situation of costly, outdated facilities that no longer met the sisters’ needs. The greatest challenge was to find the best use of St. Anne Convent, a massive but underutilized motherhouse.

With help from the N.R.R.O., the community sold St. Anne Convent and erected a cost-efficient provincial headquarters. The Diocese of Covington, Ky., needed a new retreat center and purchased the building. The community reduced its unfunded retirement liability from over 50 percent in 2008 to 15.95 percent today.

In Wisconsin, N.R.R.O. support helped the School Sisters of Notre Dame, Central Pacific Province, and the School Sisters of St. Francis, U.S. Province, to erect a collaborative care facility. By joining forces, the two groups were able to decrease costs and reduce redundancies. In the future, the center is expected to be able to accommodate other religious and even diocesan priests.

Occasionally someone suggests that the annual collection, which has been backed by the U.S. bishops, should sunset, though why is not clear. The urgent need still exists. To put it proverbially, when something is not broken, why fix it?

Religious orders are “financially autonomous” and “solely responsible for the support and care of all members,” N.R.R.O. reports. Despite such autonomy, however, given the generosity of Catholic laity and others, sisters, brothers and priests in religious orders do not walk alone.

Show Comments (
2
)
Comments are automatically closed two weeks after an article's initial publication. See our comments policy for more.
Kathleen Lunsmann
7 years ago
Sister Mary Ann couldn't be more correct in her description of complex decisions facing congregations of men and women religious today. The National Religious Retirement Office provides significant financial assistance and professional consultation to help religious orders discern appropriate solutions to their retirement challenges. SOAR! (Support Our Aging Religious) was founded two years before the Retirement Fund for Religious and 28 years later SOAR! is still making a difference in the lives of elderly religious. SOAR! is a grassroots charitable organization that connects its donors to sisters, brothers and priests of religious orders in a powerful and personal way to meet the daily challenges associated with the care of retired religious. Thank you, Sister Mary Ann, for highlighting the great work that that is being done to say thank you to American religious. Sister Kathleen Lunsmann, IHM President, SOAR!
Janice Bader
7 years ago
Thank you to Sister Mary Ann, not only for helping to raise awareness about the ongoing needs of senior religious, but also for highlighting the fact that Catholics across the nation stand should to shoulder with religious communities in helping to address these needs. Through donations to the annual Retirement Fund for Religious collection, our office is able to distribute an average of $23 million each year to help support the day-to-day care of senior religious at more than four-hundred religious communities. An additional $2 to $5 million is allocated annually for communities with the greatest needs and for retirement planning and educational resources. We are grateful, too, that organizations like SOAR and the Conrad N. Hilton Foundation share the vision to ensure that all elder religious receive the care and security they so richly deserve. Ultimately, we know that the good we are able to do is in direct measure to the good we have been given, and we thank God daily for all those who support senior religious through generosity, advocacy, and prayers. Sister Janice Bader, CPPS Executive Director Retirement Fund for Religious National Religious Retirement Office