A Promising Path: Building ‘a profound theology of womanhood’ for the 21st century 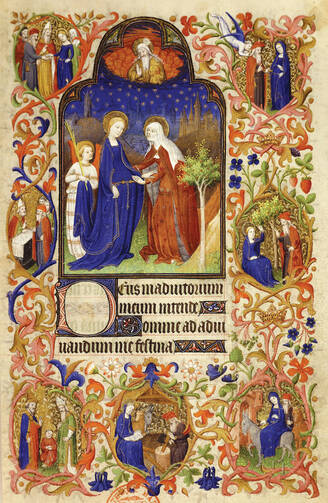 The frustration and ambivalence a growing number of women feel toward their church springs from a tension that has long been at the heart of the American Catholic experience—namely, the lack of connection between life in a society that adapts easily and quickly, and faith in a church that measures change in centuries. In no aspect of Catholic life over the last half-century has American innovation collided more spectacularly with church tradition than in regard to the changing roles of women.

Between the early 19th century and the late 1960s, the average Catholic woman in the United States could envision far more opportunities within church structures than outside of them. Religious life offered Catholic women access to education, meaningful work and leadership in ways that were inconceivable in secular circles. In the last half-century we have witnessed a historic reversal of this pattern. Transformations for women in American society have far outpaced transformations for women within the church. While religious life still offers many opportunities, Catholic women increasingly accustomed to wide-open doors in American life grow progressively discontented when they see their church roles as limited.

During a press conference on his flight from Rio de Janeiro to Rome in July, Pope Francis told reporters, “That door is closed,” when asked about women’s ordination. He was echoing a statement made by Pope John Paul II in 1994. For many, the prohibition on discussing women’s ordination is troubling. But to my mind, in terms of advancing conversation about women and the church, the door that Pope Francis is keeping closed may, in the long run, turn out to be far less significant than the window he has opened. Just before his statement on women’s ordination, the pope observed: “[W]e have not yet come up with a profound theology of womanhood…. All we say is: they can do this, they can do that, now they are altar servers, now they do the readings, they are in charge of Caritas…. But there is more! We need to develop a profound theology of womanhood.”

With those words, Francis may well have restarted a conversation that has been stalled for almost five decades. As it happened, in the process of trying to reopen or seal shut or avoid altogether a conversation on the subject of women’s ordination, the church in the United States has let fall by the wayside many other valuable topics with regard to women and the church. In 1983, for example, U.S. bishops set out to write a pastoral letter in response to concerns of women. They were acting on a recommendation of the National Council of Catholic Bishops’ Committee on Women in Society and in the Church, which was formed in 1972 amid concerns about sexism in the church and culture and in response to women’s desire for fuller participation in the church.

Over the following nine years, four drafts of the document were submitted, all of which were voted down. Eventually, the bishops gave up, farming out a few topics to subcommittees but ultimately letting the project slip away. This was far from the only attempt to launch a sustained conversation about women and the church that never completely got off the ground. In parishes, in dioceses, in Catholic universities, discussions about women in the life of the church either stumble over the obstacle of ordination or founder amid fear of criticism or controversy.

In his recent interview with Jesuit journals worldwide, including America, Pope Francis made his point even more strongly, insisting that “[i]t is necessary to broaden the opportunities for a stronger presence of women in the church.” He is suggesting that it is not simply permissible, but in fact essential, for Catholics to engage in a multi-faceted conversation about what it means to be a woman in the church. I agree. In response to an earlier question on that Rome-bound flight, the pope explained why he had not discussed church teaching about abortion and same-sex marriage at World Youth Day. He had decided, he said, to focus on “positive things that open up the path to young people…. Besides, young people know perfectly well what the church’s position is.”

If a “positive path” is indeed the goal, a more nuanced conversation about women and the church stands to open one up to young Catholics. I teach a course at the University of Notre Dame called “Women and American Catholicism.” On the first day of class a few years ago one student informed me that she had enrolled merely out of curiosity: “How,” she wondered, “could a course on this topic last any longer than two weeks? Considering that women are unable to be priests, what could we possibly have to talk about for an entire semester?”

This student was a senior who had attended Catholic schools all her life, yet she viewed the complex history of women and the church through a single lens. This same student privately confided that she was having a crisis of faith as she considered her options beyond graduation. Like many of her classmates, she combined prodigious talent with a deep sense of vocation, and the astonishing range of professional opportunities that awaited her stood in stark contrast to what she saw as her sharply circumscribed options within the church. I have lost touch with this student, but I hope she and many of her peers heard Francis when he insisted that “the role of women in the church must not be limited to being mothers, workers, a limited role….”

In mentioning women’s roles as “mothers” and “workers” Francis unwittingly supplied two excellent points of departure for thinking about what a “profound theology of womanhood” might include. My thoughts on both subjects are by no means intended to be comprehensive, and I offer them as a historian of American women, a mother of three and a Catholic whose faith has been shaped by a half-century’s worth of feminist theology—a body of literature too often misunderstood or overlooked, and one with which any credible new theology of womanhood must engage.

I often hear the Catholic Church celebrated for all it does to affirm mothers in their vocation. I might quibble that what we read in official documents or hear in pulpits about motherhood could be more accurately characterized as “glorification” rather than “affirmation,” but I accept the larger point. Still, what I crave most from the church is an embodied theology of motherhood that attends explicitly to what it means to shelter another human being within one’s own body, to give birth to and to sustain that person and to remain indelibly connected with him or her for a lifetime.

I call to mind, for example, the visceral reaction I had a few years ago when I went to an Advent prayer service in a campus chapel, and noticed that the rector had replaced the matched-set statue of Mary in the Nativity scene with a simple, wooden figurine of a pregnant woman. Until that moment—hard to believe—I had never imagined Mary as a pregnant woman, and seeing her as such deepened my devotion to her. In the same vein, a profound theology of womanhood might encourage more use of scriptural metaphors comparing God to a woman in labor or a nursing mother. What comforting access to the divine that would provide for women struggling with the pain of childbirth or the exhaustion of new motherhood; what powerful reminders to all believers that God’s love for us is so fierce and unrelenting that we will never be abandoned, no matter how often we behave like needy infants, petulant toddlers or self-absorbed teenagers.

Acknowledging the sheer physicality inherent in motherhood is not the same as defining a woman by motherhood or, for that matter, by any other physical relationship. This arena provides ample room to rethink Catholic teachings about womanhood, which often appear to define women exclusively through their connections to other human beings—to identify them, in other words, only as mothers, wives or virgins. Not only does this persistent tendency do a grave injustice to the many Catholic women who are neither mothers nor wives, either by design or by default, but it also does all women a disservice by intimating that their relationship to their creator must be mediated through others.

Considering the category of women as “workers” also opens up a rich field for re-imagining their role in the church, quite apart from any discussion of holy orders. A good start might be to develop a theological framework that would recognize and reward women—on this earth—for the often invisible and un- or under-compensated labor that has long sustained the church and will do so long into the future. This would almost certainly lead to a less adversarial relationship between the hierarchy and some women religious, whose communities have served for decades as an ecclesiastical work force in this country and who continue to do much of Christ’s grittiest work in the world.

A profound theology of womanhood must also incorporate the legions of women who are not vowed religious but who make up most of the pastoral work force in parishes and dioceses. What would it mean, practically and symbolically, for church leaders to allocate as many resources to lay ministry training programs as they do to diaconate formation? What would it mean for church leaders to commit to creative visioning about female leadership in the church, to appoint the most competent women to visible positions of power in nonsacramental roles at every level, in parishes, in dioceses and even the Vatican?

To that end, perhaps it is worthwhile to urge our new pope to take another page from his namesake. Francis of Assisi listened to, collaborated with and learned from a woman of deep faith. There are plenty of modern-day Clares who would welcome the opportunity to be encouraged and supported by this Francis, as they minister and lead out of the same spirit and call.

Kathleen Sprows Cummings is the director of the Cushwa Center for the Study of American Catholicism at the University of Notre Dame in South Bend, Ind.