The state of religious education today

The state of religious education today 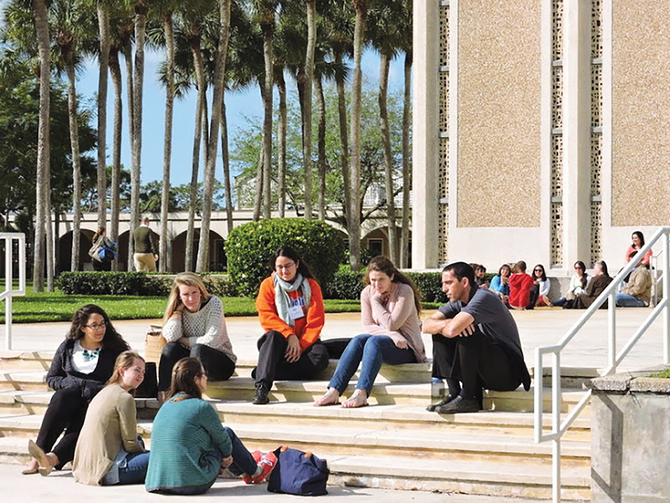 In 1974, the Chicago Cubs had gone almost seven decades without a World Series championship. Much has changed in the last 40 years: Lights were installed in Wrigley Field for night games, a new jumbotron has been added and seating capacity has increased, generating more income. And yet, 107 years after their last World Series victory, Chicago fans are still waiting.

Also in 1974, America published an article by Msgr. Francis D. Kelly, then the director of religious education for the Diocese of Worcester, Mass., with the title “Where Is Religious Education Going?” [see “Fostering Faith,” page 25 in this issue]. The premise of the article was that religious education was stuck but was attempting to emerge from a model that no longer fit the times. Monsignor Kelly drew attention to progress that had been made in incorporating Scripture, liturgy and contemporary insights from education and psychology into the catechetical enterprise but concluded that an overall vision and structure for religious education was still missing and needed. Hence his title question, “Where is religious education going?”

Forty years later, it is safe to say that much has changed in the world of religious education. And yet, like Chicago Cubs fans, one might say that we Catholics are still waiting for many of the ideas raised by Monsignor Kelly to come to fruition. For starters, he advocated greater resources and personnel for religious education, lamenting the fact that in the past these had been assigned “with great reluctance.” Unfortunately, this continues to be a serious concern, as cash-strapped dioceses, many scrambling to pay legal fees and settlements in the wake of the sexual abuse crisis, continue to drastically reduce their budgets and staffs for catechetical ministry. This has had an unfortunate trickle-down effect as more and more parishes are doing away with professionally trained catechetical leaders in favor of the part-time or volunteer secretary who is asked to “run the kids’ program.”

Monsignor Kelly wrote about the need for a comprehensive direction—a viable framework—for the catechetical ministry and expressed hope in the soon-to-be-written national catechetical directory, which eventually appeared in 1979 as Sharing the Light of Faith. Since then, the church has been blessed with the General Directory for Catechesis (1997) and the National Directory for Catechesis for the United States (2005), both of which have provided a comprehensive vision and framework for catechetical ministry. In many ways, however, both have been missed opportunities for dioceses that did little to implement the church’s vision for catechesis with the same gusto used to implement the changes in the third edition of the Roman Missal some years later.

Not long ago, Pope Francis made some of his first substantive remarks about the ministry of catechesis during a general audience on May 29, saying, “Catechesis, as a component of the process of evangelization, needs to go beyond simply the scholastic sphere to educate believers, from childhood, to meet Christ, living and working in his church.” At first glance, these words seem to represent a new call for change—until one revisits Monsignor Kelly’s article, in which he warned that the school of religion/classroom model may not be the “preferred framework for the future of the religious education apostolate.” In too many parishes, we continue to struggle with moving from an overly academic approach to one that truly fosters “a faith that is living, conscious, and active.”

I have written about this too and have argued that catechesis needs to be less about information and primarily about transformation. I have suggested that the key to achieving this is to make our sessions resemble “Mass more than class”—that is, an experience that is permeated by a climate of prayer and coupled with robust opportunities for participating in works of mercy (Beyond the Catechist’s Toolbox: Catechesis That Not Only Informs but Also Transforms, Loyola Press).

Perhaps the most powerful propositions that Monsignor Kelly put forth in his article, which was published in the year President Nixon resigned, Patty Hearst was kidnapped, and the Chicago Cubs once again finished in last place, were his assertions that “the effective framework of the future must be much more a genuine family-oriented framework” and that “a total religious education framework will have to take more seriously the challenge of adequate adult religious education, over and above what must be offered to parents.”

Some great strides were made in the area of family catechesis with the introduction of intergenerational catechetical programs in the latter part of the 20th century. Unfortunately, many parishes found the approach overly taxing on limited staff and recognized a deficiency in young people’s knowledge of the faith when they dropped textbooks altogether. As a result, we have yet to truly discover a “genuine family-oriented framework,” although some parishes are successfully following a model that uses a blended approach of intergenerational experiences coupled with lessons being taught at home by parents using an approved textbook series and parent guides rather than catechist manuals.

As for progress in the area of adult catechesis, we have a long way to go. For an institution like the Catholic Church to change course is a mighty undertaking, especially when it comes to such a well-oiled machine like the one we have created to educate children. We have done an excellent job of convincing people that religious education ends with the sacrament of confirmation. As a result, most Catholic adults see no reason for ongoing adult faith formation. Monsignor Kelly mentions that “many bemoan the alleged lack of response to adult religious education programs” but astutely points out that “too often these programs have failed to evoke a response because they were perceived as dealing with abstract theological issues unrelated to people’s daily concerns.”

I could not agree more. Over 40 years later, we still face the same problem. When it comes to adult faith formation, too often the church proceeds like a not very good doctor, issuing prescriptions without doing a thorough examination of the patients, getting to know their history or listening to them describe their symptoms. As a result, we prescribe adult faith offerings that are very “churchy-sounding” and doctrinally driven rather than addressing people’s daily concerns and helping them to recognize how Scripture and tradition shed light on their experience. We have yet to master St. Ignatius’ approach of “entering through their door” while being sure to “leave through your door.”

In recent years, the Chicago Cubs have shown great promise and have made great strides. And yet they have still not won a World Series since 1908. In a similar way, with 40 years of hindsight, we must still respond to Monsignor Kelly’s question, “Where Is Religious Education Going?” by admitting that while we have made great progress, we still have a long way to go in catechetical ministry before we can claim that we are effectively fostering “a faith that is living, conscious and active.”

Show Comments (
4
)
Comments are automatically closed two weeks after an article's initial publication. See our comments policy for more.
Pam Coster
4 years 11 months ago
I couldn't agree more, Joe, and it is urgent that the question be answered. Having worked in a ministry for people in their 20s and 30s for the past five years, I am keenly aware that we don't have long to get this right. Many years after Our Hearts Are Burning, which said adult formation should be primary, we still focus our resources on children. There have certainly been improvements but, well...it's easier to reach the children. Adult formation is hard. As you said, it takes energy and creativity and a listening heart. But parents who are indifferent about faith do not raise children in the faith and we have only to look at the very low level of Catholic marriages and of baptisms to know that we are in danger of losing a generation. I am hopeful, though! Pope Francis is setting forth a vision which resonates with people, precisely because it speaks to their daily lives. Young people are listening and, as one of them said, they are "cautiously optimistic". There are wonderful, talented, faithful young adults who will help move us into new ways of forming believers in the faith, augmenting what happens in community with modern tools of communication which are mobile and flexible and fit their lives - IF we let them. My prayer for the Church - which is all of us - is that we don't let this moment slip by but are brave enough to reimagine religious formation and act.
Joyce Donahue
4 years 11 months ago
Thanks for "telling it like it is," Joe. The system is in dire need of major overhaul - more formation of parents and adults is absolutely crucial to stem the tide of departure of families after Confirmation - but current staffing trends make that increasingly unlikely in many parishes, where paid professional staff is shrinking. In fact, some pastors who attempt to support adult, child and youth formation by staffing as should be for the number of families the parish serves are even sometimes reprimanded by auditors for doing more than what is normal. What does THAT say about what is considered "normal?"
Monserrat Washburn
4 years 11 months ago
At this time, yes, there is this “struggle with moving from an overly academic approach” towards an approach in which students, no matter what age, are able to realize that faith is something within, something personal, one that involves feelings and emotions. Faith is one’s relationship with God that, in turn, dictates one’s relationship with family, with friends, and with practically every human being born in God’s image and likeness. Children should learn that there is a world out there waiting for them to love. And if one cannot physically go out into the world as Jesus has commanded his disciples to do, teachers can tap on the children’s imagination and ability to role play. Use drama, singing, reciting poetry, relating stories and let everything be done in community because that is what the church is about. There is no isolated Christian. The sooner the kids understand this, the better they will realize that being a Christian is not a contest as to who can say “The Lord’s Prayer” without a single mistake. Teachers may have stories but so do the children. Allow them to unleash their thoughts about angels, the baby Jesus, the Virgin Mary, or, how much loving is enough or too much or too little. When you give the children the opportunity to speak their minds among themselves, they will remember to be kind and considerate rather than indifferent and apathetic.
Bill Mazzella
4 years 11 months ago
After Vatican II Adult catechesis was flourishing in the discussion groups present in the evening in almost every parish. Pastors could not tolerate that laypeople oftentimes knew more than them and would raise serious questions. Adult formation has small chance because too many of the pastors are not adults.
Advertisement

This article also appeared in print, under the headline “Progress Report,” in the August 31-September 7, 2015, issue.

Joe Paprocki is the national consultant for faith formation for Loyola Press and the author of many books on pastoral ministry. He serves as a catechist in the Archdiocese of Chicago and blogs at www.catechistsjourney.com.