Pope Francis tells us how we hide the light of faith in our daily lives. 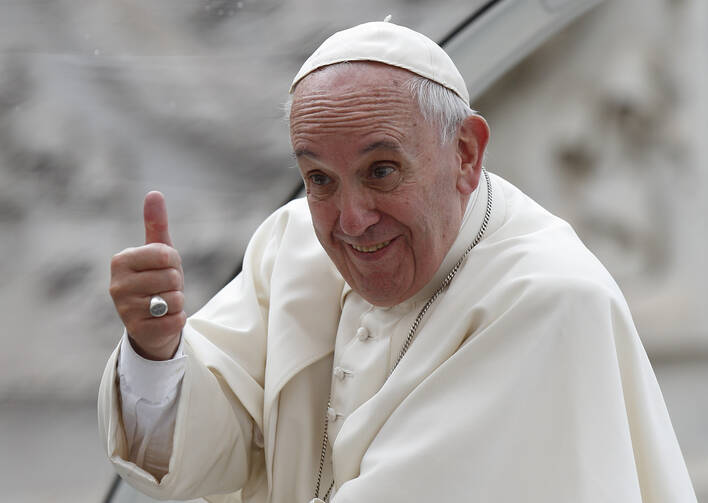 Don’t envy the rich and powerful or conspire against your neighbor, but instead nurture the light of faith in your lives. That was Pope Francis’s message in his homily at the Santa Marta Mass on Monday morning.

Reflecting on the reading from St. Luke’s Gospel the pope talked about the many ways in which we hide the light of faith, through jealousy and arguments, by plotting evil against our neighbors or simply by putting off until tomorrow the good that we should do today.

The light of faith, he said, is a gift that each one of us receives from God on the day of our baptism. He recalled that baptism was called “illumination” in the first centuries of Christianity, a term that is still used in some of the Eastern churches today.

But just as Jesus warned the crowds not to conceal the light, the pope said that if we hide that light we become lukewarm Christians. He talked about the many ways in which we risk putting out that light, starting with stalling the help that we’re called to give to our neighbors in need. Never put off doing good deeds until tomorrow, the pope said, because that delay is itself a form of injustice.

Pope Francis went on to warn about those who plot evil against their neighbors instead of responding to the trust placed in them. Anyone who conspires against a neighbor and takes advantage of that trust is a “Mafioso,” he insisted and the darkness of every mafia puts out the light of faith.

The pope also spoke about the temptation to argue, even with those who haven’t done us any wrong. Arguments wear us out, he said, so it’s better to let these things go.

Finally, Pope Francis said we should not envy those who are powerful, successful or violent because God spurns them and calls the righteous to be his friends. To be jealous of power and wealth is another way of hiding the light, he said, yet the same worms who devour our corpses will eat the bodies of the rich and powerful too.

The pope reiterated Jesus’ words, urging his listeners to be "children of light" and to take care of the light, rather than hiding it under a bed. May the Holy Spirit which we received at baptism, he concluded, help us to avoid these bad habits which hide the light and let us instead nurture the light of friendship and humility, the light of faith and hope, the light of patience and goodnes.

Pope Francis
Show Comments (
1
)
Comments are automatically closed two weeks after an article's initial publication. See our comments policy for more.
Bruce Snowden
5 years 10 months ago
Pope Francis’ recent homily at Santa Marta said along with much more, “Nurture the light of Faith in your lives,” sparking the following reflection based on a personal encounter. Hopefully it will be seen as a wake up call for me, not as a smack in the face of the well-to-do, an objective evaluation perhaps. Some folk looking for a break from the ordinary may hop a plane to say, Aruba, fat wallet in hand. Others seeking a break from their ordinary, look at the Deli section of say, Publix, wanting to buy some scrumptious-looking Batter-Dipped Deep-Fried Onion Rings, wondering if just three would be too indulgent. After all that would cost about $1.50, which could help a really hungry person somewhere on earth, maybe just down the block! If Humility is Truth include me, many others too no doubt in that concern, not because of scruples, or because of being relatively un-rich, or a tight-wad, but because trying to take Jesus seriously in the person of Holy Father Francis, one becomes super sensitive to the cries of the truly poor! Past readings also play a part in my hesitation to pamper screaming taste buds, salivating with potential! Such as the ascetical teaching that says, “Very little is needed to satisfy necessity, but nothing can satisfy sensuality.” So true! The truly poor want for everything. A Religious Order professing to be truly poor, reminds its members vowed to Evangelical Poverty, “not to be poor in such a way as to want for nothing!” A great ideal to which I am not vowed, yet pushed by the holy clamor of its teaching, realizing that truly, the truly poor want for everything. The “bad off” are often neglected by the “well off” not because the “well off” are bad, but simply because it’s “cushy” to be able to fly to Aruba for a break and we all like “cushy” stuff including the truly poor. That’s why we might give up scrumptious looking Batter-Dipped Deep Fried Onion Rings, as even the ordinary looks extraordinary, real “cushy” to the poor. A good reason I think to quiet down dripping taste buds!