The U.S. is sending 500 tons of peanuts to Haiti in aid. Here's why that will hurt their economy 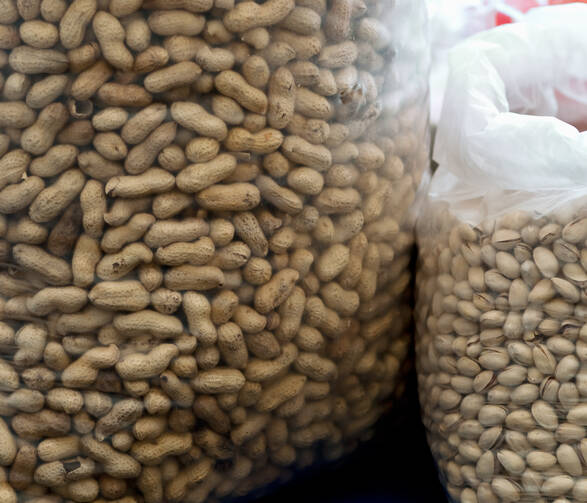 Later this year, the Department of Agriculture will ship 500 metric tons of peanuts, packaged into individual servings for school children, to Haiti. Instead of celebrating, 61 aid groups working in Haiti have signed a letter calling for the immediate cancellation of the shipment. They are concerned that it will become “the latest in a long history of U.S.-sponsored programs that have destabilized Haiti’s agricultural sector, driving the nation further into poverty while increasing its dependence on foreign aid.”

Haitian farmers already produce plenty of peanuts, and a local supply and processing chain employs many Haitians; the aid groups estimate more than half a million Haitians derive income in some way from peanuts. In the 1990s, domestic rice production in Haiti was crippled after U.S. rice flooded the market through aid programs and because of lowered tariffs. Food imports are cheaper than Haiti’s domestic crops for a number of reasons, including greater efficiency from mechanization in the United States and decreased crop yield in Haiti due to environmental degradation. Many U.S. crops are also federally subsidized, with the federal purchase of excess production leading to stocks of food that need to be distributed somehow.

This link between food aid and farm subsidies is both economically and morally problematic. The U.S. government distorts the market at home while it undermines the ability of Haitian farmers to produce income for themselves. The current “solution” to this problem is to package peanuts for consumption as school snacks so they will not leak into the local market. A far better solution would be to package aid according to what might actually be best for Haiti rather than U.S. industrial agriculture interests.

The Editors
Show Comments (
3
)
Comments are automatically closed two weeks after an article's initial publication. See our comments policy for more.
Lisa Weber
5 years 4 months ago
Good article highlighting an aspect of aid that is often ignored.
Chuck Kotlarz
5 years 4 months ago
Nobel prize winner, Angus Deaton, in his book The Great Escape notes that charity often does not provide the intended benefit and sometimes undoes previous progress. Bill Gates wants to donate 100,000 chickens which costs next to nothing (to Gates), but the potential economic benefit appears very well thought out. http://www.forbes.com/sites/danalexander/2016/06/09/why-bill-gates-wants-to-give-away-100000-chickens/#57159a1c4d00 Chickens can also take care of centipedes, scorpions, and roaches. https://www.facebook.com/alapaki.kim/posts/10204894305944666
Charles Erlinger
5 years 4 months ago
Personally I think the point that the editorial is trying to make ("this link between food aid and farm subsidies") would be persuasive if in fact a link could be documented for the reader by citing specific legislation, specific sponsor utterances, specific links between U.S. producers and political contributions to sponsors, specific instructions to government bureaucrats from administrative and congressional politicians, etc. The charge of economically problematic behavior could be the result of imprudence or stupidity, whereas the charge of morally problematic behavior demands a more concrete citation of venality and possibly criminal fraud. An editorial may be opinion, but it is still a journalistic expression and should be guided by journalistic professional standards.