'Suffragette' offers a reverent take on the women's rights movement. 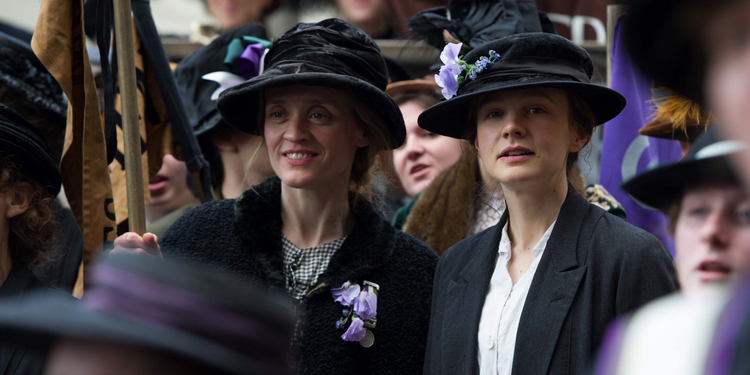 It has been said, that trailers for films are usually the best two minutes you will see of the film. If it hasn’t been said, I just said it. I can’t recall when it was that I first saw the trailer for Sarah Gavron’s "Suffragette," but it was sometime this summer and I must admit that the Catholic media critic in me was more than a little excited. I mean the possibilities for dialogue that the trailer seemed to bring up: contemporary feminism; women’s roles in the church; social activism, both violent and non-violent. All this and Meryl Streep, too.

Oh what might have been! Here was a film which presented a world where women were doing all the grunt work, while men were making all the decisions, that was to be released at the same time as the Synod on the Family. The irony couldn’t have been lost on many. Here was the chance to open the door to conversation about women’s roles in the church and society on all sorts of levels. It was right there, but sadly, it was not to be.

"Suffragette," like all films of its kind—historical dramas about social injustice—are from what I like to call the “eat your vegetables because they’re good for you” school of cinema, wherein a film is to be liked not because it is a good film, but because its subject matter is noble. Included in this category are films such as "Lincoln," "Michael Collins" and any number of others, that mean well, of course they do, but lack the requisite craftsmanship and fire to make them in any way compelling or relevant.

For whatever reason the makers of these films have such reverence for their subject matter that they turn their idols, into, just that, and drain the life-blood out of both the characters and the narratives represented on screen. As such, these films become museum pieces, with no more affective or intellectual impact than a tattered old map kept under glass. As an audience we are completely detached from the events—always done in these types of films in bullet point fashion—and the characters are painted in the boldest of strokes, so that any sort of investment is lost or never occurred in the first place.

Carey Mulligan as Maud Watts, the film’s protagonist—a fictional amalgamation of several real-life suffragettes—seems much more suited to the role of worn down Cockney washer woman Maud, than she ever did to other roles she’s had in the past, such as Daisy Buchanan. But perhaps Mulligan is a bit too accurate in her capturing of the low-grade rage that develops in the midst of a raised consciousness; because in reality the low-grade rarely moves into full boil and that, unfortunately is just how Mulligan plays it. As we watch Maud slugged with one vicissitude after another, we never see the full on flash and fury that, while if not entirely accurate, would at least momentarily pull the film from its low-energy, flat-lining tone.

And really it isn’t the performers who are at fault. There is no imagination anywhere to be found and so the film plods from event to event with no variation whatsoever. Everything about this film, including viewership, is to be endured.