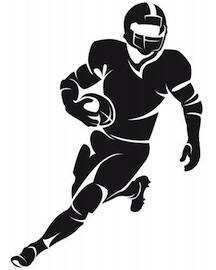 Discussions leading up to the Synod of Bishops on the Family have largely centered on the pastoral situation of divorced and remarried Catholics, as well as external forces like poverty, migration and changing social norms that challenge modern families. Much less has been said about those for whom the greatest threat comes from within a family or from a loved one. But the recent controversy surrounding the National Football League’s monumental mishandling of cases of alleged domestic abuse by its players serves as a painful reminder that conversations about the family cannot ignore this often-invisible crime.

In February, surveillance video emerged of the Baltimore Ravens’s running back Ray Rice dragging his unconscious fiancée (now wife), Janay Palmer, out of an Atlantic City casino elevator. Rice was charged with assault but avoided jail time by entering a pretrial intervention program for first-time abusers, and in July received a paltry two-game suspension from N.F.L. Commissioner Roger Goodell. On Sept. 8, a second video was released, this one showing the horrific knockout punch to Ms. Palmer’s head. Rice was immediately cut by the Ravens and suspended indefinitely by the N.F.L.

Ray Rice’s case is unique not for its brutality but for its publicity. Many instances of domestic abuse never become known beyond the walls of the home, much less on national television. According to the National Coalition Against Domestic Violence, one in three women will experience abuse at the hands of an intimate partner at some point in her life. Victims of abuse are at a higher risk for depression, heart disease, post-traumatic stress disorder and homelessness. Geographic isolation, mistrust of police and concerns about immigration status often prevent the most vulnerable women from reporting abuse to authorities. Furthermore, girls who witness abuse in the home are more likely to become victims themselves, while young boys who see domestic violence are more likely to become abusers.

The N.F.L. is uniquely positioned to help break this cycle. Few institutions rival the cultural influence of professional football in the United States, especially among young boys and men. And as an industry that brings in $10 billion every year by glorifying aggression, it has a special obligation to take a public and uncompromising stand against violence toward women.

Toward that end, the National Football League should institute a zero-tolerance policy. If a player is charged with domestic or sexual assault, he should be suspended indefinitely as the case makes its way through the courts. If the player is found guilty, he should be banned for life from the league. Cases in which the victim chooses to avoid the courts should be handled on an individual basis but with equal severity where credible evidence of abuse exists. To be effective, this policy needs to be collectively bargained with the N.F.L. Players Association, which is appealing Rice’s indefinite suspension and has expressed concerns that unilateral changes to the personal conduct policy may infringe on members’ due process rights.

The league should implement mandatory and ongoing training and education. Currently, domestic abuse education is a part of mandatory rookie programs designed to enhance the decision-making capabilities of new players. Mr. Goodell has pledged to expand this training to all players and staff, provide counseling for victims and potential aggressors and raise awareness in communities through public service campaigns. The N.F.L. has brought on three senior-level women to implement these initiatives. It is up to the public and sports writers to follow these developments once the current crisis disappears from the headlines to see whether they represent substantial change or simply good public relations.

Finally, it is time to reform the league’s leadership. Mr. Goodell no longer possesses legitimacy to serve as the sole arbiter of discipline in the N.F.L. He should at the very least hand over his role in such deliberations to a more credible party. The commissioner’s dedication to “protecting the shield” should not come at the price of justice for players and victims.

Archbishop William Lori of Baltimore, who counts many Ravens fans among his flock, expressed hope that recent events would “serve as a catalyst for the kind of change needed to provide real protection [to] women.” The church has learned, and continues to learn, of the great pain and suffering caused when an institution responds to scandal, abuse and crimes within its ranks by denying, covering up and circling the wagons to “protect our own.” In September Mr. Goodell and league officials said many of the right things but left the impression that their primary concern was to contain the scandal and protect football’s image. This October, Domestic Violence Awareness month, the N.F.L. has an opportunity to demonstrate it is just as serious about protecting women.

The Editors
Show Comments (
2
)
Comments are automatically closed two weeks after an article's initial publication. See our comments policy for more.
Andrew Bair
7 years 10 months ago
Your editorial failed to mention the recent ESPN Outside the Lines report stating that Ravens owner Steve Bisciotti attempted to cover up the truth about Rice and his horrific assault on Janay Palmer. Bisciotti's actions are especially disturbing given that he is a trustee of Catholic Charities of Baltimore. Sadly, he has completely failed to uphold the values of Catholic Charities, which runs many shelters and programs for women who have experienced domestic violence, including Anna's House in the Archdiocese of Baltimore. For Catholic Charities of Baltimore to continue to serve as a powerful voice for survivors of domestic violence, it needs leaders who can be trusted to offer their full support to these women and children. Steve Bisciotti does not fit this description anymore.
Robert Little
7 years 10 months ago
It's easy to always call for the maximum penalty for transgressions, as the editors do here. But this amounts to a throw-away culture. A life-time ban for a single conviction (or even not -- as the article suggests a ban even where cases aren't publicly prosecuted). This would distort relationships, as any woman in a relationship with a player would have career-ending power over him with an allegation of misdemeanor domestic violence, perhaps not even true. Domestic violence is a scourge and a tragedy, but it can be largely prevented with proper training. The NFL can beef up this training. In the event of an incident, the Catholic position should be to work to preserve the relationship if that is the wish of the parties and preserve the livelihood of the aggressor who supports his family.