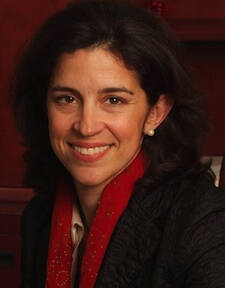 Most Americans probably think that Catholics talk about the subject of the relationship between men and women to the point of exhaustion. But we don’t. We have rather peered into every corner of their sex lives and by turns gossiped and wrung our hands over couples’ failure to gel or their falling apart. As to the natural and divine significance of the fact that there are two sexes, drawn to one another in a one-flesh bond? As for this being the origin of all human life, all human society? Of this we say very little of consequence.

This should change for reasons both natural and divine. At the natural level it only becomes clearer week by week, as the tides of qualitative and quantitative evidence roll in, that the differences and similarities between men and woman matter. Biology sees it even at the cellular level. Eminent business consultancies advise clients to harness it. Psychological and sociological data regularly show both the unique and the overlapping talents of men and woman. Women on both sides of the political aisle affirm it. And outcomes for children and communities deprived of fathering manifest it.

There is also the sheer fact of a two-sexed humanity that gives birth to all human life. That’s a “wow” all by itself and deserving of study, care and conservation.

Layer onto this the central role marriage plays in Christians’ understanding of the economy of salvation. From the Old Testament to the closing scenes of the New, God’s identity and relationship to humanity is explained with spousal analogies. The Scriptures point to marriage and family life as the school for learning the meaning of life as loving mutual service and sacrifice—Jesus’ way of life.

Sex, marriage and parenting are pre-eminent themes of our age. Scholars, activists and film-makers cannot stop investigating them. Recent popes have paid them extraordinary attention. Pope John Paul II taught that misunderstanding the “complete and indissoluble human communion” in marriage “would make incomprehensible the very work of salvation.” Pope Benedict XVI called marriage “the icon of the relationship between God and his people and vice versa.” And Francis, after devoting years to family themes, has said that “God’s alliance with us is represented in the alliance between man and woman.”

Religions and cultures across the globe and throughout history have also affirmed the natural and divine significance of the relationship between the man and the woman. At the Humanum conference at the Vatican two weeks ago, Pope Francis and leaders from 14 religions and 23 nations mined a wide-ranging vocabulary to speak about the natural and divine meanings of a two-sexed humanity. Religions of East and West spoke of “cosmic polarities,” of nature’s dualities harmonizing to reflect the oneness of God, of Yin and Yang and of men and women changing and elevating one another.

Reaction against exploring the meaning of the male/female union can be harsh. The notion of “complementarity” is branded a plot against women’s equality. Marveling at procreation is called a tool for putting women on a pedestal in order to sideline them. Throughout, there lurks a suspicion that any talk of the ties between men and women and of their procreative potential is narrowly directed to undermining respect for those seeking same-sex unions.

In order to move forward toward acknowledging that a two-sexed, procreative humanity matters a lot, it is necessary to deal with these reasonable fears. We have to correct interpretations of “complementarity” that fail to begin with the radical equality of men and women. We have to admit that some responses to women’s fertility demeaned both women and children. We may even have to face the possibility that deep disorders of our human nature incline us to fear giving proper value to caring for others and to diminish people different from ourselves—whether these are of the opposite sex or people attracted to the same sex. But at the same time, we really have to find a way to move forward to nurture and promote the natural and divine wonder that is the male and the female together.

Show Comments (
5
)
Comments are automatically closed two weeks after an article's initial publication. See our comments policy for more.
KEVIN DOYLE
7 years 11 months ago
Complementarity will get the hearing it deserves when its champions specify and renounce the injustices of subjugation long perpetrated in complementarity’s name. If undertaken, such a moral inventory must be fearless. It must face up to sins against women throughout the history of Christ’s church and the larger society. More, it must proceed without concerns for theological, philosophical, or political alliances.
David Klassen
7 years 11 months ago
Sister Prudence Allen makes the distinction between sex complementarity and sex polarity. According to sex polarity theory, which she attributes to Aristotle and St. Thomas Aquinas, men and women are different, and men are superior. Sister Allen singles out Hildegard of Bingen as the first proponent of sex complementarity theory, which acknowledges the equality of the sexes as well as their differences. The injustices you speak of would, I think, be attributable to sex polarity theory, not to sex complementarity.
Anne Chapman
7 years 11 months ago
Sr. Prudence Allen simply repeats what John Paul II and others write - she does not represent the views of most western Catholic women. Nor does Ms. Alvare most of the time. The men in Rome pick women to speak who can be depended on to simply echo what the men themselves teach. They do not include women theologians or other women leaders in the church who actually do speak for the majority of educated women. As long as the men who run the church use "complementarity" as a way to marginalize women in the church, denying access to a sacrament, it is actually "polarity". The reality of the situation is that the official governance of the church is done exclusively by males - there is no "complementarity" which would balance the masculine with the feminine. All doctrine and teachings of the church is defined by males exclusively - including teachings that attempt to define the "proper" role of women FOR women themselves. Once again, there is no complementarity operating at all in the definition of teachings - any teachings. In Genesis we are told that God made them male and female in God's image. By denying women an equal role in active governance and leadership (as priests) and in defining doctrine, the church shuts the door on the feminine. Sadly, the denial of the feminine, and the denial of true complementarity, has led the church down the wrong path on many occasions, causing a great deal of real harm. Since there is no "complementarity" working in the Catholic church at this time, the reality is that the term is being mis-used by the men in charge as an attempt to mislead.
Tim O'Leary
7 years 11 months ago
This is an excellent summary of the centrality of complementarity in human nature. I especially resonate with St. John Paul's warning that failure to see and understand this fundamentally central aspect of human nature undermines not only our understanding of ourselves but also "would make incomprehensible the very work of salvation." It reminds me of the great theological controversies of the 4th-7th centuries on the nature of God (Arianism, Monophysitism & Monothelitism). The very concept of human nature is at stake. It also has great theological import, since any blindness relating to the complementarity of man and woman impacts the theological understanding of the Incarnation.
Winni Veils
7 years 11 months ago
Complimentarity can be a powerful and excellent thing, and absolutely the special relationship between man and woman building the home and the family is particularly valuable and to be treasured. Problems arise when valuing the difference between men and women leads to devaluing the parts of either that are /NOT/ different, like the intellect, will, courage, compassion, and tenderness that fill both. Differences are assigned where there need not be differences, or gifts of genius are underutilized when they show up in those of a gender that less commonly is known for expressing that gift. Beyond that, treasuring the complimentary family calls into question the non-complimentary family, the widow raising her sons without a father, for example, is considered lesser. But God may have given her every strength and blessing to be all that her sons require in their parents, and certainly, she should not feel compelled to immediately find another husband because of the lack. Non-traditional families may not have all the same blessings the complimentary family has, but God gives to each family unique blessings and graces that must also be treasured and bring unique value and beauty to the world. In the race to praise the complimentary family these non-traditional families end up condemned.