Minimum wage hikes have mixed effects, and they shouldn’t be our only focus. 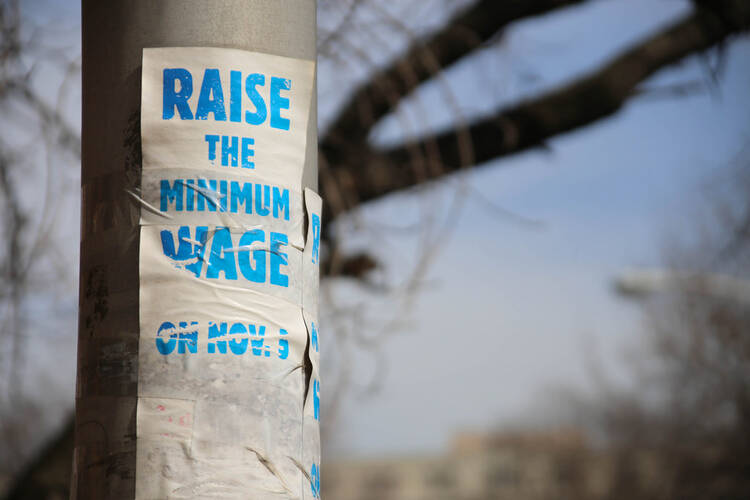 An early study of the increase in the minimum wage to $11 in Seattle in 2015 suggests that the rise did not have a significant effect on the overall earnings of low-wage workers. While affected employees did bring home higher hourly wages, they also worked slightly fewer hours on average. Researchers at the University of Washington estimated that the new legal minimum was responsible for an average $0.73 per hour raise for the low-wage workers. The authors note, however, that while the minimum wage increase clearly helped those workers who kept the same number of hours, “offsetting effects on low-wage worker hours and employment muted the impact on labor earnings.”

This study reinforces the need for continued local- and state-level experimentation and research to understand how increases in the minimum wage affect both low-wage workers and the economy in general. But even these early results—especially in a period when Seattle’s economy was strong—suggest that minimum-wage hikes alone are not a sufficient policy solution for stagnant earnings and may put some downward pressure on employment growth.

A report in The Wall Street Journal on Aug. 23 noted that many national companies have recently increased wages for workers at the bottom of the pay scale. Much of the pressure to do so, of course, has been generated by the campaigns for minimum-wage increases. There are other policy avenues that also deserve attention from protesters and legislators alike, especially strengthening the Earned Income Tax Credit, which is designed precisely to increase low-wage income without depressing employment. Perhaps the E.I.T.C. needs a slogan as catchy as “Fight for $15.”

The Editors
Show Comments (
2
)
Comments are automatically closed two weeks after an article's initial publication. See our comments policy for more.
JR Cosgrove
5 years 9 months ago
While we all would like people to thrive, it does not happen by wishing it or legislating it. Jobs are the result of economic or administrative need. The wage for these jobs is determined by many things but the two most common is the competitive environment for workers and the profitability that the worker brings. Ignoring these things will lead to chaos. Raising the minimum wage will elicit several responses. 1. The workers ill make more money if nothing else changes which is what most people who advocate a higher minimum wage envision. But this has consequences. - The employer will make less money if prices remain the same. - The employer can raise prices and this will have consequences. Fewer people will buy their product. Will it be just a slight decrease to almost none or will it be a substantial decrease. The latter will mean that the employer will make less money and will probably let workers go. Certainly not the desired outcome of those advocating for the poor. By the way the same applies to unionization as well. 2. The employer will utilize less local workers and use workers from other countries who will work for a lower wage. This is typically called outsourcing. This is a boon to those workers in other countries who will work for less and do not have employment. One way we see this is in customer service where the person answering your question may be from India or the Philippines. Or it could be manufacturing as very little clothing is now made in the United States and it is countries like Pakistan and Bangladesh that are making our clothing. - This hardly works for fast food or hotel workers as one cannot outsource the making of a Big Mac. 3. The employer can automate. This is very apparent in the United States as nearly all manufacturing loss in the last 15 years has been to automation and not outsourcing. In Fast food we are on our way to a personless MacDonalds. Not entirely but your order will be on a kiosk and then the finished order will appear at a counter. Now the product is made by a person but machines are being installed that will cook the hamburger, put it on a bun and put all the trimming on top of it. About 80% of a fast food 's employees will be eliminated. This is coming as automatic check outs are more popular and back counter operations are automated. 4. There will be other options but one of them will be to close down. Again the workers will be eliminated. All of this is to show that raising the minimum wage sounds like a good idea but it has consequences. Everything that is said about minimum wage can also apply to unionization. It has the same effects. Where we are headed is unknown. But wherever it is, we should be aware of what journey we are on. We should also make sure that we consider the natural law in whatever decisions we make. It is like gravity, it cannot be eliminated by wishful thinking.
Chuck Kotlarz
5 years 9 months ago
“An early study of the increase in the minimum wage to $11 in Seattle in 2015 suggests that the rise did not have a significant effect on the overall earnings of low-wage workers.” Business models may also need change. Low labor content services and product may need to replace labor intensive services and product. Can employers figure it out? State demographics suggests employers do. Twenty of the states supporting unions and higher minimum wages made the top 25 per-person median household income list… http://politicsthatwork.com/graphs/median-income-red-blue-states