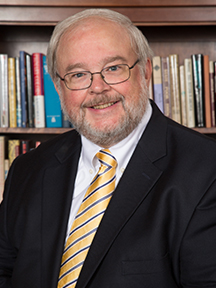 On the day after the midterm elections, pundits who misjudged the Republican wave confidently explained what it meant, Democrats played blame games and Republicans debated whether cooperation or confrontation is the best way forward. The sweeping Republican victory was shaped by history, geography and demography. History teaches that in a president’s sixth year his party suffers significant losses. Geography was crucial since many key contests were in Republican states where President Obama is very unpopular. Demography was decisive since the electorate was smaller, older, whiter and richer than in presidential elections.

Other factors were at work. Voters were deeply frustrated, many convinced the country is on the wrong path, Washington is broken and the administration lacks competence. Most ominous for President Obama was not the anger of Republicans and conservatives, but disappointment and lack of enthusiasm among African-Americans, Latinos and young people, who voted in far fewer numbers than needed for Democrats to win.
This was not a vote for Republicans but against the president and his party. Republicans could not stop talking about Obama, and many Democrats only raised his name to point out their differences. A president who offered “hope and change” was trying to lead at a time of fear and gridlock. Recycled charges of a “war on women” not only did not work, but damaged Democrats. This is a party and administration where “reproductive rights” seem to be a higher priority than voting rights or immigrant rights, not to mention conscience rights.
President Obama is isolated, demonized by Republicans and criticized by Democrats. He needs to rediscover his voice and passion and decide what he will fight for and what will be his legacy. He needs to turn away from culture wars and focus on those who have been left behind without work, without hope and without a champion. President Obama should be their champion and challenge the nation and the Congress to end the silence and break the stalemate that leave a fifth of our children growing up poor. He should call on Congress to make poverty a bipartisan priority and to work together to overcome the economic and family factors that leave people poor, undermine mobility and reduce opportunity.
It used to be Republicans who relied on culture war issues to distract voters, but now some G.O.P. candidates say quietly they are pro-life but then publicly say they won’t challenge the status quo. Republicans, who obstructed Obama from the outset, benefited from the gridlock they created. They pledged to repeal Obamacare, knowing that will not happen, and offer no alternative. Republican ads demonized immigrants, turning fleeing immigrant children and fears of Ebola into wedge issues. The message to Hispanics seems to be, “We wish you weren’t here, but since you are, please vote for us.” The battle has begun between those who want to show they can govern and those who would shut down government if they don’t get their way. The 2016 campaign is underway. Will Jeb Bush or Ted Cruz lead on immigration? Who sets the agenda: Paul Ryan or Rand Paul? The corporate wing or the Tea Party wing?
According to exit polls, Catholics voted again for the winning party (54 percent Republican to 45 percent Democratic), but there were big differences among Hispanic and white Catholics and between those who attend Mass weekly (55 percent Republican to 43 percent Democratic) and those who do not (49 percent Republican to 50 percent Democratic). This was a dispiriting campaign for Catholics who share the priorities of Pope Francis. In today’s poll-tested, focus-grouped, micro-targeted campaigns, issues of human life, human dignity and common good get lost in attempts to tear down opponents or turn out the base.
Polls indicate a lack of confidence in all political leaders. No party or politician inspires trust. There is, however, one example of a very different kind of leader with high ratings who is rebuilding trust. Pope Francis insists leadership is service, acts humbly, speaks clearly, seeks advice, builds bridges and reaches out to those who are poor and vulnerable. These are not Washington’s ways or priorities. But they might offer a better path forward for those who lead a divided, dispirited nation in difficult times.

John Carr is director of the Initiative on Catholic Social Thought and Public Life at Georgetown University in Washington, D.C