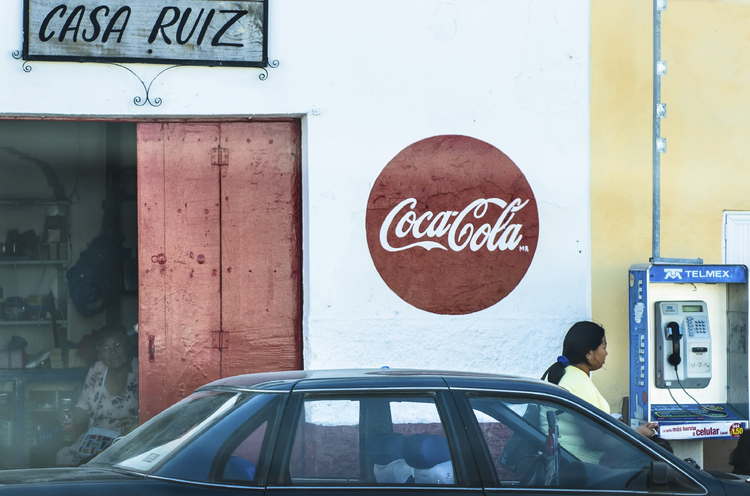 What is one of the leading causes of death in Mexico? If you said the drug war, you would be right. That continuing calamity has taken more than 110,000 lives over the past decade. But a killer that has claimed far more lives, if not headlines, is Type 2 diabetes. That preventable illness kills 70,000 people each year in Mexico.

The public’s great thirst for Coca-Cola and other sugary beverages, based some say on culture, some on the lack of potable water, contributes to this national health crisis. Mexicans consume almost 500 cans of sugar-loaded soda per person every year. Mexico leads the world in fatalities—about 24,000 annually—linked to the overconsumption of sugar. Coca-Cola, which controls more than 73 percent of the country’s soft-drink market, is indeed killing Mexicans.

Fortunately, a 10 percent tax instituted in 2013 on sugar-enriched drinks is having the desired effect. In its first year, the tax reduced consumption of sugary drinks by 12 percent. That approach is something the United States, which has its own problems with the overconsumption of sugary drinks, might want to consider. An estimated 86 million Americans over age 20 are on their way to Type 2 diabetes. Also effective in encouraging healthier choices have been warning labels, required by some U.S. states, noting that consuming beverages with added sugars “contributes to diabetes, obesity and tooth decay.” The international purveyors of sugary beverages might pause to consider how their aggressive marketing thwarts public health initiatives in Mexico—indeed all over the world.

Show Comments (
3
)
Comments are automatically closed two weeks after an article's initial publication. See our comments policy for more.
Joseph J Dunn
4 years 8 months ago
The Editors gently point to the health implications of high consumption of sugary drinks in the United States. Let’s also consider how our consumption choices are driving our rapidly rising health care costs. According to the Organization for Economic Co-operation and Development (OECD), the big items driving the developed world’s health care costs are obesity and related health conditions. Obesity is a known risk factor for hypertension, high cholesterol, diabetes, cardiovascular diseases, respiratory problems (asthma), musculoskeletal diseases (arthritis) and some forms of cancer. The Henry J. Kaiser Family Foundation states that “increases in disease prevalence, particularly chronic diseases such as diabetes, asthma, and heart disease, coupled with the growing ability of the health system to treat the chronically ill, contribute to the high and growing levels of health spending.” www.kff.org/health-costs/issue-brief/health-care-costs-a-primer The United States has the highest adult obesity rate among the 34 OECD countries, at 36.5 percent. The average adult obesity rate among OECD countries is 22 percent; Norway’s rate is 10 percent. Norway’s adult diabetes rate is 4.7 percent; the U.S. rate is 8.3 percent. In 2011, Norway had 61 percent fewer hospital admissions for diabetes, per 100,000 of population, than the U.S. Diabetes can lead to chronic kidney disease and, over time, to kidney failure, also known as end-stage renal disease (ESRD). To stay alive, a person suffering ESRD requires dialysis treatments several times each week or a kidney transplant. In 2011, ESRD treatment alone in the United States cost $30 billion. These health care costs, in dollars and human suffering, are costs that we ourselves and no one else can influence.
Mike Evans
4 years 8 months ago
Please, enough bashing of the typically overweight American in her/his 50's. We are not your enemy. Many of us have genetic coding and metabolic issues that science has not been able to quantify or treat. If the sight of us bothers you, find a place where young bathing beauties hang out. Don't look again after they have had children though.
Mike Evans
4 years 8 months ago
Go to Mexico, drink the water and then wish you were dead! Your entire alimentary system will be attacked even worse than the flu. Coke is as cheap as bottled water but more tasty and fulfilling. Witness the addiction of modern Americans to all kinds of sugared drinks as well as sugar-free. I suggest that if Mexico and the rest of the world invested heavily in pure water systems, the urge to drink something else would diminish greatly.

This article also appeared in print, under the headline “Mexico’s Coke Problem,” in the February 22, 2016, issue.