On Good Friday, contemplating the mystery of Christ’s two natures

On Good Friday, contemplating the mystery of Christ’s two natures 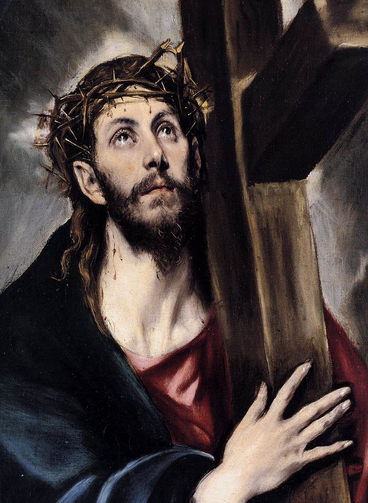 There are many mysteries in the Catholic faith.

Some of the less profound, and perhaps even mildly amusing ones, are the conundrums that I ponder every year during Lent: First, why is there so little time between the end of the Christmas season and the beginning of Lent? In some years, like 2016, it seems as if Jesus’ hair is hardly dry from his baptism when we start to think about the end of his life. If I were ever put in charge of the liturgical calendar (which is highly unlikely) I’d stretch out Ordinary Time in the early part of the calendar year, so that we can hear more about Jesus’ public ministry.

Second, why on Ash Wednesday do we hear a Gospel passage in which Jesus says, “But when you fast, put oil on your head and wash your face, so that your fasting may be seen not by others” (Mt 6:17) and then invite everyone to the front of the church to receive ashes on their forehead, with the result that they will be seen to be doing penance? Yes, I am aware that the answer has to do with church tradition, but every year it strikes me as, at the very least, ironic.

Finally, why, if we are not supposed to celebrate a Mass on Good Friday, in order to, among other reasons, underscore our sense of loss, do we nonetheless distribute Communion? Yes, again a complicated answer, but, again, it always strikes me as odd.

But these are mainly liturgical questions, not true mysteries. Each is based in the unfolding of church tradition over the centuries and has a historical and rational explanation.

Then there are the real mysteries of our faith: truths that elude rational analysis. One of the best definitions of that phenomenon comes from the indispensable Dictionary of Theology, whose entry on mystery, by Philip Gleeson, O.P., defines it as “something hidden which has been revealed, something unapproachable which invites entry and something unknowable which offers true understanding,” like the Trinity, the Incarnation and, ultimately, God.

The mystery that I ponder most frequently is that of Jesus’ two “natures,” which is closely aligned with the Incarnation. Jesus Christ, as some of the earliest church councils affirmed, is “fully human and fully divine.”

For me that is endlessly fascinating. How could someone be a human being and God at the same time? What would it have been like to be around this unique person? Of course we know that both the disciples and crowds were often “amazed” or “astonished” by what he said and did. But what would it have been like to be in his presence? Other tantalizing questions flow from this mystery: Did Jesus understand his divinity from the moment of his conception, as some believe? Or did his divine identity dawn on him gradually, over time?

One point made during my graduate theology studies was that Jesus is always fully human and fully divine. I suppose if you had asked me before graduate school whether I believed that, I would of course have said yes; but like many people I had a tendency to “compartmentalize” his natures. Some passages seem to privilege his divinity over his humanity, like the physical healings and the nature miracles. Others seem to emphasize his humanity—for example, when he loses his temper with the disciples, calling them a “faithless and perverse generation” (Mt 17:17; Lk 9:41). But here’s the rub: He is not human in one event and divine in another. He is both at all times. When he is sawing a plank of wood in the carpentry workshop, he is fully divine. And when he is raising Lazarus from the dead, he is fully human.

The way we view his two natures influences how we view the events commemorated during Lent, particularly on Good Friday. If we overemphasize his divinity, we may relegate his sufferings to something “less than” what we mortals undergo. Downplaying his humanity will then subtly influence the way we relate to Jesus.

If we think that Jesus did not really suffer emotionally, physically and even spiritually on the cross, we may be less likely to turn to him in our own struggles. We may think, “What could he ever understand about me?”

If we focus overly on his humanity, however, we may begin to wonder about his power to help us. “Why should I bother asking Jesus for help? He’s only human.” Keeping both of his natures before us is essential if we want to enter more deeply into his love.

As I said, it’s a mystery, but a beautiful one to ponder, especially during the Lenten season.

Show Comments (
1
)
Comments are automatically closed two weeks after an article's initial publication. See our comments policy for more.
Bruce Snowden
4 years 3 months ago
A long question on Mystery. Maybe Jesus’ ability to possess Divinity and Humanity compatibly, has something to do with the “new creation” spoken of in the NT. At Resurrection we’ll be identifiable as who we always were, but possessing something “new” nothing other than being a “sharer in Divinity” making us in truth as Jesus reminds, “little gods,” compatibly sharing both human and Divine characteristics, having as sons and daughters of God equivalency to Jesus and he to us in all ways except in sin?. Resurrection is I think, something akin to the Incarnation. Or is it the other way around that Incarnation is something akin to Resurrection? Its a “like Father, like Son” thing, a takeover, makeover, in the image of God, rooted in the beginning when Trinity said, “Let us make man in our image and likeness” that Word visibly en-fleshed in “the Body of Christ” that is, in Jesus, the Church, the Baptized, whom we are, by Mary’s “Yes. I tried to make this simple, but I guess it didn’t happen. Why couldn’t the Incarnation, that is, Humanity and Divinity linked together as one, in a kind of separate, but together compatibility, be simply like lemon flavor (humanity) mixed with water (Divinity) separate yet together producing something all together other, namely a “new creation” the “Incarnation” of Lemon Flavored Water? Crazy? Well, at least I tried!
Advertisement

This article also appeared in print, under the headline “A Lenten Mystery,” in the February 29, 2016, issue.

James Martin, S.J., is editor at large of America and author of the new book "Seven Last Words: An Invitation to a Deeper Friendship With Jesus." Twitter: @JamesMartinSJ.