The Law and Children

The Law and Children 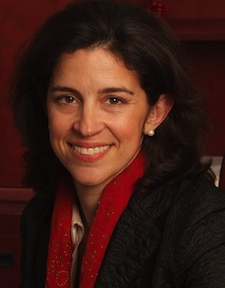 The one subject guaranteed to start fireworks today is children. Hence the pyrotechnics whenever Pope Francis talks of rabbits, sterility or contraception. Judging from my 16 years teaching family law, the law struggles with children too, for reasons similar to why individuals do. A church trying to figure out how to speak about marriage and family needs to understand this struggle, given that lawmakers are now considering redefining marriage—the last and most basic “place” where family law safeguards children.

The matter of children is fraught for many reasons. Children require parents to reorient their whole lives. It’s a big “ask.” Then there is the conflict of interests: adults are tempted to make decisions favoring themselves, even while they are also responsible to make decisions for children. At least they have the ties of blood, marriage or adoption to sway them toward children. Politicians making laws affecting children, however, have none of these ties, and it is their adult constituencies, not children, who vote and donate to campaigns.

Finally, children begin at sex, and the circumstances into which they are born have profound consequences for their long term well-being. But this means that adults must respect certain sexual and marital norms—norms many reject as harsh or unrealistic. And politicians are not eager to pass laws perceived to violate adults’ sexual or privacy interests.

Lawmakers in the United States have always attached unique incentives and processes to the forming and dissolving of marriage, on the grounds that marriage is the only union promoting the birth and rearing of children within the stable care of their parents. The legal record is clear. This rationale may be supplanted by adults’ interests, however, should lawmakers reconceive marriage as a set of adult emotional and sexual attachments, and a remedy for past discrimination against L.G.B.T. persons.

If marriage is so redefined, it would be the last act in the ongoing story told by American family law: the state’s dwindling concern to link children stably with the adults who conceived them. This is not to suggest that the state’s earlier mechanisms were perfect. It was right to abolish the disadvantaging of “illegitimate” children, even though this was intended to persuade adults toward marital children. It was also true that fault divorce was easily gamed by couples colluding to manufacture a fault.

At the same time, it was clear that adults’ interests fashioned no-fault divorce and other laws and programs dismantling protections for children. Also, little thought was given to finding new ways to do what older tools had done: protect children within their parents’ care. Even more disturbing, proponents of these new laws and customs claimed that children would be thereby better off, against common sense and without evidence. Thus proponents of no-fault divorce insisted that children would be “resilient” and even triumphant in a no-fault world because they would escape nasty home environments. Yet later evidence showed that on average divorce harms children and that most divorces did not follow notably conflictual marriages. Proponents of large-scale contraception programs and of reproductive technologies promised new happiness for women and children when all children were “intended.” Experience, however, showed that the new sex and parenting “marketplaces” created by these developments put women and children at a disadvantage.

A similar pattern characterizes the movement for same-sex marriage. Adults’ interests drive the train. Only children raised in same-sex unions are mentioned, and then only to speculate, without evidence, that recognizing the adults’ unions will indirectly improve the lives of the children. Data concerning these children’s well-being is only just emerging, however, and it is not reassuring. Further, about 85 percent of these children have legally recognized mothers and fathers (from their conception in a prior heterosexual relationship involving one of the now same-sex partners) such that legalized same-sex marriage won’t affect their parents’ situation.

Chesterton was right that the “hardest thing in Christianity” is acknowledging how much other people matter. Hardest of all is accepting our obligations to those who demand the most from us and require us to make hard choices contrary to our self-interest and current social tides—children.

Show Comments (
5
)
Comments are automatically closed two weeks after an article's initial publication. See our comments policy for more.
Mary Puthawala
5 years 4 months ago
Helen, thank you so much for focusing the spotlight on what is most important - protecting those most vulnerable. To so many so caught up in their own, individually relativistic viewpoint, "children" have become a euphemism, or sometimes even a commodity that can be, in a way, assigned to good and well intentioned people who feel that their interpretation of equality is what matters most. We must all work to keep what's best for our children first.
Julie Couto
5 years 3 months ago
When couples take divorce there children have to bare the pain of custody as well. Actually they suffer more than their parents. Here parents should keep there children as priority while fighting for divorce.
Sarah Krawczyk
5 years 4 months ago
Thank you, Ms. Alvare.
Joe Schaub
5 years 3 months ago
deleted
Martin Eble
5 years 3 months ago
Lawmakers who “reconceive marriage as a set of adult emotional and sexual attachments” have bid “adios” to the natural law and the self-evident truths our nation cited in declaring independence. We already see that some legal “cures” are worse than the diseases: while no-fault divorce addressed the problem that “fault divorce was easily gamed by couples colluding to manufacture a fault”, it knocked the pins out from under marriage itself. And, should legislators fail to sway to the milieu and endorse whatever latest hare-brained scheme the renovators of humanity have in mind, a Federal judiciary stands ready to do the job for the them by fiat. A bit more discussion of duties and a bit less emphasis on “rights”, real and imagined, would have a salutary effect.
Advertisement

This article also appeared in print, under the headline “The Law and Children,” in the March 2, 2015, issue.