The holy land is beneath your feet 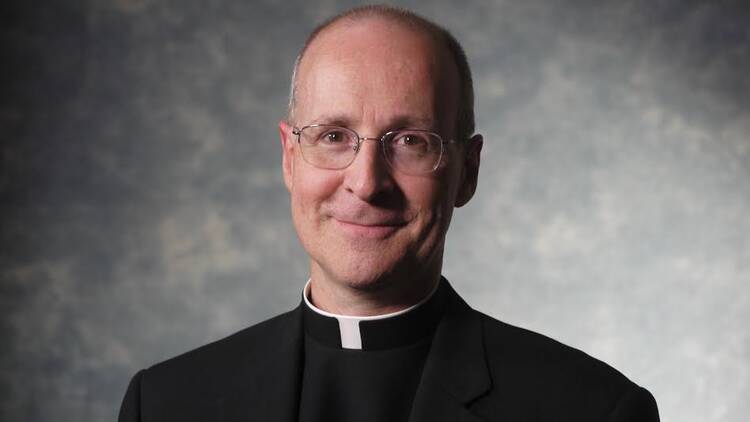 ‘It sounds so Jewish!” one woman exclaimed during our recent pilgrimage to the Holy Land. We were in the Church of the Pater Noster, outside the walls of the Old City in Jerusalem. On this spot, according to tradition (which means it could have happened anywhere nearby), Jesus taught his disciples the Our Father. Our tour guide, a Melkite Catholic from Galilee named Maher, had just recited the prayer in Aramaic, Jesus’ native tongue. Of course everyone in our group knew that Jesus spoke Aramaic, but it was something else entirely to hear it spoken aloud in the confines of the stone chapel.

From April 18 to 25, America Media sponsored its first-ever pilgrimage to the Holy Land, for roughly 50 pilgrims. We began at the Sea of Galilee, visiting sites where Jesus definitely lived or that he visited—and not simply “according to tradition”—like Capernaum, Bethsaida, Nazareth and Cana. After a few days we journeyed to Jerusalem via Jericho and Bethany. Each day Jeremy Zipple, S.J., executive editor of America Films, produced a new video highlighting our visits. (You can find them on America Media’s YouTube page.) With us were our editor in chief, Matt Malone, S.J.; Dan Pawlus, America Media’s vice president for advancement; and Brendan Lally, S.J., rector of the Jesuit community at St. Joseph’s University in Philadelphia, who had visited the Holy Land 23 times before.

Like the pilgrim who realized how Jewish Jesus was, everyone was graced with new insights. Many centered on Jesus’ humanity. Standing in Capernaum on the site of the first-century synagogue where Jesus healed the “man with the unclean spirit,” within sight of St. Peter’s house a few hundred feet away, grounded the Gospels for many of us in a fresh way.

An aside by Father Lally struck me. Not long ago, he said, archeologists discovered in Capernaum a house with a Roman bath. The excavators were baffled: Who in this first-century Jewish town would have had a Roman bath? Then it hit them: The most likely candidate was the Roman centurion spoken about in the Gospel of Luke. “It is he who built our synagogue for us,” the people tell Jesus. This is the man who later says, “Lord, I am not worthy that you should enter under my roof.” When excavators realized whose house this probably was, they paused in prayer. Not long after hearing Father Lally’s aside, we celebrated Mass and repeated the centurion’s words to Jesus.

For me, it was an emotional trip. How could it be otherwise for any follower of Jesus? Simply looking at the Sea of Galilee (I had been there only once before) was moving. But let me tell you about another moment.

It happened aboard a boat on the Sea of Galilee. When a boat ride was proposed to us by Catholic Travel Centre (our superb travel agency), I rolled my eyes. It sounded unbearably cheesy. Stepping aboard the motor-powered wooden boat didn’t allay my fears of cheesiness. Maher quietly relayed the offers of the boat’s captain. Did we want him to play the “Star-Spangled Banner” as we left the harbor? We did not. Did we want him to play Gospel music as we plowed the sea? We did not. Did we want him to cast a net off the boat as if he were a fisherman? We did not. Instead we asked the captain simply to turn off the engines while Father Lally read aloud two Gospel passages. So all of us heard again, but as if for the first time, the accounts of Jesus stilling the storm and walking on the water. After the engines were silenced, it was just us and the sea.

And the wind. The plastic pennants that hung from a thin rope strung around the boat snapped loudly in the strong wind. Then I imagined what it would be like if the wind stopped suddenly—at someone’s word. I realized how terrified the disciples must have been, and a wave of pity for them swept over me. “Who then is this,” they said, “that even the wind and the sea obey him?” How could the disciples have been anything other than afraid? How amazing that after any of the miracles they could be with Jesus without fear.

The Holy Land is often called the “Fifth Gospel,” the Gospel that explains the other four. Here we were able to meet Jesus in a new way. But you needn’t travel there to do that. Jesus comes to all of us, in so many ways, including in prayer. Because of this, any ground that we traverse is holy ground, and wherever we are is a holy land.

James Martin, S.J., is editor at large of America and author of Jesus: A Pilgrimage. Twitter: @JamesMartinSJ.

@jamesmartinsj
Show Comments (
4
)
Comments are automatically closed two weeks after an article's initial publication. See our comments policy for more.
Janean Stallman
6 years 5 months ago
Fr. Martin, Three times I have led a book discussion group on your book, "Jesus, A Pilgrimage." Your book so changed my life, that I felt the Holy Spirit led me to share it with others in two parishes I have attended. I prepared study guides for each chapter and also created a PowerPoint set of slides of art prints for each of the events in Jesus's life. One of the ladies in my last group said that she had been on a tour of the Holy Land, but that going there as a tourist, she felt she had missed something in the crowded places and no time for quiet prayer. Reading your book made her really experience these places through your travels. She felt she had relived her trip in a much more meaningful and spiritual way. There were many other stories of people in the study groups who had spiritual growth because of your book. One couple came who had lost their daughter in a car accident only a month earlier. The woman had all but lost her faith and was skeptical about joining the group, but her husband wanted to, so she came. This woman became one of the most avid readers and participants in the discussion group. At the last meeting, she gave out little hand made crosses of with a verse, that she had painstakingly made for everyone in the group. Others were thrilled by seeing the art slides, which opened new vistas of imaginative and contemplative prayer. I really want to take this opportunity for writing that book which has touched so many people's lives in our community.
James Martin
6 years 5 months ago

Thanks so much for your kind words.

You might enjoy the videos we did during our Holy Land pilgrimage too.  https://www.youtube.com/watch?v=NDlTt20exSk&list=PLFA_2Z1L-3to-j6oY6J7dP6qO-OalOCan

Janean Stallman
6 years 5 months ago
Thank you, Fr. Martin, and I will look forward to seeing the Reader's Guide and comparing it with my own.
norman ravitch
6 years 3 months ago
Yes Jesus was Jewish. So Jewish that he would not recognize what Paul invented when he invented Christianity.