Jesus, by the Book 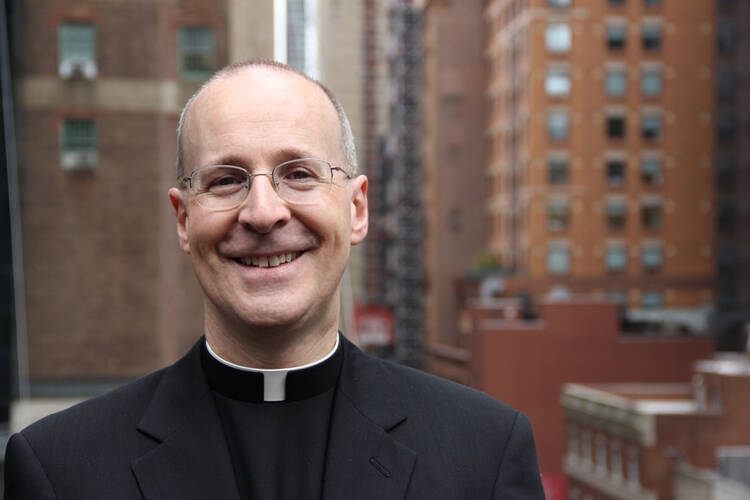 What’s the most useful thing I could tell an America reader today? Beyond the expected spiritual advice about following Christ, loving others, going to Mass, reading Scripture, praying regularly and helping the poor, try this: Read Gerhard Lohfink.

Among the dozens of press releases we receive at America every day are notices from Catholic publishers. One day an e-mail from Liturgical Press caught my eye just as I was about to hit “Delete.” The notice was for a forthcoming book called Jesus of Nazareth: Who He Was, What He Wanted. Currently I’m writing my own book on Jesus, so anything in that area of scholarship is of special interest. Plus, I’m a member of a Society named after the man.

But the blurb clinched a read. From Daniel J. Harrington, S.J., professor of New Testament at Boston College, and a man who as editor of New Testament Abstracts has forgotten more about the Gospels than I’ll ever know, came this: “Lohfink’s Jesus of Nazareth is the best Jesus book I know.” I blinked twice before believing it. Then I exercised my prerogative as an editor at large and requested a copy. So far, I’ve read the German Scripture scholar’s book three times.

What makes Father Lohfink’s book so richly satisfying is its seamless attention to both the “Jesus of history” and the “Christ of faith.” In case you’ve been living under a theological rock for the last few years, you’ll know that there is a lively debate about whether Catholic writers should focus on one or the other, categories that loosely correspond to Jesus’ two natures (human and divine).

In historical Jesus studies, scholars try to explain as much as we can know about the life and times of Jesus of Nazareth. Books on the historical Jesus might describe, for example, religious customs in first-century Jewish culture in Palestine, the socioeconomic realities of living under Roman rule or the ways that extended families sustained themselves in small villages in Galilee. All this can help us understand the context in which Jesus carried out his ministry and appreciate Jesus’ humanity. By contrast, books that focus more on the “Christ of faith” might consider topics like the Resurrec-tion, how Christ saves us, the nature of his relationship to the Father and the Holy Spirit and so on. As such, they help us ponder the divinity of Jesus Christ.

Frankly, I’ve never seen much of a conflict between the two approaches. The challenge is not to focus overly on Jesus’ humanity or his divinity—so that neither is overlooked. But to understand Jesus’ life, death and resurrection as fully as possible, one needs to know about the historical Jesus and one also needs to believe in the Christ of faith.

Father Lohfink’s book is—if you’ll pardon the expression—a revelation. It is one of the rare works that considers equally both natures. So while he elegantly describes the historical milieu in which Jesus lived, he does not neglect the wonderful miracles, the “signs” that his disciples and followers found so astonishing. Lohfink is equally at home talking about the socioeconomic conditions in which the parable of the unjust steward would be heard as he is about the healing of the man with the withered hand.

Father Lohfink has also written a line I’ve been waiting years to read in a scholarly work. In his chapter on Easter, he responds to the common tendency to set aside the supernatural, the miraculous or the inexplicable in the Gospels. How often have you heard, for example, that the multiplication of the loaves and the fishes was simply an example of sharing? Or that the resurrection was simply a “shared experience” of the disciples’ remembering Jesus?

Lohfink has little sympathy for this: “It is a way of currying favor with the Enlightenment mentality, which wants to explain away everything unusual.” That no one has stilled storms before or since is not an argument against the authenticity of the Gospels so much as an example of Jesus as someone who was, as Lohfink says, “irritatingly unique and therefore can surpass all previous experience.”

James Martin, S.J., is editor at large of America. His e-book, Together on Retreat: Meeting Jesus in Prayer, will be released by HarperOne on Feb. 19.

@jamesmartinsj
Show Comments (
4
)
Comments are automatically closed two weeks after an article's initial publication. See our comments policy for more.
Agustin Paz
8 years 8 months ago
Thank you, Fr. Martin, for this book recommendation. It sounds a lot like the work of the Anglican Bishop, N.T. Wright, who not only tries to bridge the divide between the historical Jesus and the Christ of faith, but also the divide between the God of the OT and the Father of the NT. I look forward to reading Fr. Lohfink's book.
Sara Damewood
8 years 8 months ago
Thanks for the recommendation! I have Fr. Lohfink's book and am eagerly looking forward to your own book about Jesus. I'm also delighted that you'll be writing a regular column for America Magazine. Your writing is so accessible, practical and encouraging.
Bruce Snowden
8 years 8 months ago
I also want to read Fr. Lohfink’s book on Jesus, the Christ. As Jesuit priest James Martin says, “To believe in the risen Christ you need to know something about the man who walked in Palestine.” He adds, “But one needs to also believe in the Christ of faith.” Yes, one does need the whole picture so as not end up like some pictures I’ve taken with parts missing from too much light, or not enough, “light” having to do with the Christ of Faith, or “not enough light” having to do with perhaps, a lopsided emphasis on the man who traversed Palestine. Too much of the latter and one can end up not with RESURRECTION, but with RESSU-WRECK-SHUN! And that would not be at all the truth, the whole truth and nothing but the truth!
Bruce Snowden
8 years 8 months ago
In the interests of accuracy that play on words should be RESU-WRECK-SHUN, not the way it appears in the above post. I just love the platful nature of "puns."