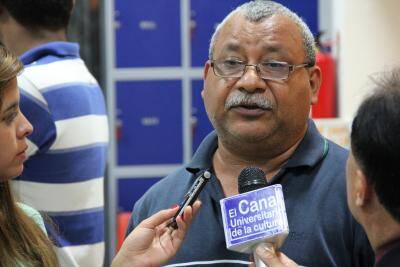 In a small Central American country, campesinos agitating for land rights, journalists challenging the status quo and attorneys and advocates working for social justice face continual threats or acts of violence and intimidation. Scores have been murdered, driven into exile or “disappeared” in the night. Catholic priests and deacons speaking out in defense of the vulnerable are rewarded with death threats; a Jesuit-sponsored radio station has been threatened with destruction; and a civilian government has proven itself unable—or unwilling—to rein in public and private security forces acting in the shadows for the powerful.

This description is not, sadly, an exercise in historical memory, 25 years after the savagery of the Jesuit murders at the University of Central America in 1989, nor a recollection of the dreary prelude to the full-blown civil war in El Salvador in the late 1970s. This is a brief précis on contemporary Honduras.

The high-profile murders of María José Alvarado, Miss Honduras 2014, and her sister, Sofía, at the hands of the former’s jealous boyfriend in November briefly trained the U.S. media spotlight on the senseless violence that afflicts the country. But even astute news consumers probably did not read of another murder in Honduras that same week. On Nov. 11, Juan Ángel López Miralda, a Colón-based agrarian leader, was gunned down in the street by two men, who escaped on a motorcycle. Mr. López was a leader of the Movimiento Unificado Campesino del Aguán, a fighter for the land rights of campesinos in that troubled region.

Honduras endures the world’s highest rate of homicide, driven by gang and drug-cartel violence. But that awful volume is not the only reason the murders of people like Mr. López typically remain unsolved, even barely investigated. More than 70 human rights lawyers and 30 journalists have died since 2010. According to a report from Human Rights Watch in February, there have been dozens of homicides, abductions and human rights violations related to land ownership disputes in Bajo Aguán, “none of which has led to a conviction” as “prosecutors and police consistently failed to carry out prompt and thorough investigations into these crimes.” These deaths reflect the strong-arm tactics of commercial and landed interests in Honduras, and the impunity with which their enforcers act suggests indifference, even collusion, among security and police forces.

Since the ouster of former President Manuel Zelaya in 2009, Jesuit-sponsored Radio Progreso has been among the voices most critical of the state. The life of its director Ismael Moreno, S.J., has been repeatedly threatened. The murder on April 11 of the station’s marketing director, Carlos Mejia Orellana, remains unsolved, as does the shooting death in 2011 of Nery Jeremias Orellana, a correspondent for Radio Progreso.

Like other Jesuits before him in this troubled region, Father Moreno seems heroically at peace with the danger. Father Moreno spoke in November just outside Washington, D.C., at the annual Ignatian Family Teach-in for Justice, a gathering of 1,600 students from Jesuit schools from across the country. Gunshots in the night are “normal” in Honduras, he told the students, and “that’s probably how I’ll die.” That calm courage is perhaps laudable, even inspiring, but Father Moreno’s resignation cannot be adopted by those of us in the North who have the power to prevent the disintegration of another Central American society.

Aid to Honduras for economic development could create opportunities for young people to have real alternatives to the gangs, the drug cartels or the lonely, perilous sojourn northward. A recent announcement by the Obama administration of new investments in the regional economy is welcome news, but the administration cannot limit itself merely to economic assistance. Just as important in Honduras are social and political development, nurturing a civic society that embraces human rights, just land reform and the authentic development of people so that their full social and civil expression is protected, even welcomed.

Toward that goal, the United States should reassess the social and economic outcomes of the Central American Free Trade Agreement and recalibrate that deal as necessary in order to reduce social inequities and stabilize Honduran society. A U.S. State Department report in 2013 offered a stark depiction of official misconduct and human rights violations in Honduras. The Obama administration should heighten pressure on President Juan Orlando Hernández to end impunity for political violence and acts of intimidation, whether committed by malevolent platoons of “private security” in disputed regions or by members of the Honduran police or military.

Central America has emerged tentatively from the bloody nightmare of its late 20th-century civil conflicts. Surely this is historical territory that we must do our utmost not to revisit.