What the church could learn from the psychology of persuasion 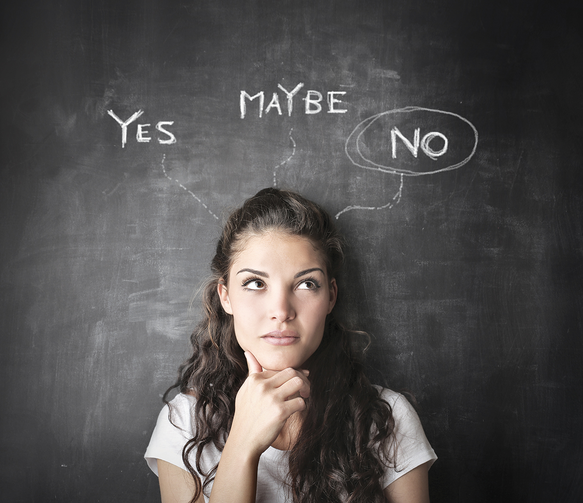 In his work On Christian Doctrine, St. Augustine argued that Christians should make use of rhetorical insights offered by pagan writers, like Cicero. If Augustine were writing today about how parents, ministers and teachers communicate with their children, parishioners and students, what secular wisdom might he draw from? What can be learned, for example, by considering contemporary research on the psychology of persuasion?

Parents and teachers want their children and students to behave a certain way. How do they convince them? One approach is to stress the rules and what happens when people break the rules. The focus is on the ways in which people behave badly. Yet contemporary research suggests that highlighting widespread misbehavior may actually lead to even more misbehavior.

Psychologists recognize “social proof” as an effective motivator of human behavior. For years, advertisers have exploited this human tendency, the bandwagon effect, to sell products. A belief that many or most people are acting in a certain way powerfully influences others to follow their example.

In order to protect Arizona’s Petrified Forest National Park, for instance, rangers posted a sign: “Many past visitors have removed the petrified wood from the park, changing the natural state of the Petrified Forest.” In their book, Yes! 50 Scientifically Proven Ways to Be Persuasive, Noah Goldstein, Steven J. Martin and Robert Cialdini expose the surprising and paradoxical effect of this message:

In a finding that should petrify the National Park’s management, compared with a no-sign control condition in which 2.92 percent of pieces were stolen, the social proof message resulted in more theft (7.92 percent). In essence, it almost tripled theft. Thus, theirs was not a crime prevention strategy; it was a crime promotion strategy.

All teachers should think carefully before dwelling on how many people act contrary to a Christian way of life. Emphasizing the widespread nature of racism, for example, may actually increase racist behavior. People instinctively (but erroneously) think, if most people are doing something, how bad can it be?

Use, instead, the powerful effect of social proof. Statistics tell us that 118 million people in the United States report attending church services once a week—more than the 111.5 million people who watch the Super Bowl. Millions more people report monthly church attendance, and many more millions say they plan to go to services at Easter. What if we focused on these numbers instead of how many people are not attending church services? Though I doubt that these numbers reflect actual attendance, they present church attendance as the norm in the United States. Most Americans say they pray every day, and about 75 percent claim the label Christian. Emphasizing these facts can influence people to adopt similar behaviors.

Suppose you want to encourage someone to attend daily Mass. An Advent booklet makes the pitch for this practice as follows, “Once upon a time, attendance at daily Mass was a popular devotion.... Studies today show that less than four percent of Catholics attend Mass more than once a week.” If contemporary research is correct, this message is almost certainly going to discourage people from participating in the Eucharist during the week. Drawing from these same numbers and applying them to 78.2 million U.S. Catholics, one can fashion a message much more likely to encourage Mass attendance: “For centuries, the faithful have made frequent participation in the Eucharist an expression of their gratitude to God. Studies today show that more than three million Catholics attend Mass more than once a week.” Social proof can motivate positive change.

Here is another way to look at the issue: Are people more motivated to change by appeals to identity or by fear of negative consequences? In her book The Willpower Instinct, Kelly McGonagle, a psychologist at Stanford University, compared these two strategies:

Researchers designed two different flyers to discourage binge drinking. One took a rational approach listing scary statistics about drinking like, “One night of heavy drinking can impair your ability to think abstractly for thirty days.”... The other flyer linked drinking with the social lepers of university life: graduate students. This flyer showed a graduate student drinking, along with the warning, “Lots of graduate students at Stanford drink...and lots of them are sketchy. So think when you drink. Nobody wants to be mistaken for this guy.”

Researchers put flyers taking the consequences-based approach, stressing the effects of heaving drinking, in one residence hall and flyers taking the identity approach, which associated drinking with “sketchy” graduate students, in another. The researchers found 50 percent less binge drinking in the student residence with the identity approach flyers.

Let us say we want to urge people to take better care of the environment. How can we persuade people to stop littering? Pointing to the high financial costs of clean up or even serious damage to the environment does not effectively motivate many people. So what does? In their book Made to Stick: Why Some Ideas Survive and Others Die, Chip and Dan Heath point to a successful strategy used in a Texas campaign to reduce littering. The campaign pictured a stereotypical macho Texan who “doesn’t mess with Texas” by littering. In its appeal to identity, this campaign succeeded where many others had failed. We care about belonging, and we care about identity.

Fortunately, Christians have a rich vocabulary for speaking about ethics in terms of identity and models of behavior. We speak of being a good Samaritan, a person for others, a disciple of Jesus. In emphasizing identities and models rather than rules and consequences, we follow the example of Jesus. In his parables, Jesus gives us both attractive and unappealing models; we wish to identify with the former, not the latter. Consider Lazarus and the rich man (Lk 16: 19-31), the tax collector and the Pharisee (Lk 18:9-14) and the persistent widow and the unjust judge (Lk 18: 1-8).

The psychology of persuasion also stresses the importance of word choice. Christopher J. Bryan of the University of Chicago points to an important difference between nouns and verbs in communication. The appeal “To vote is a civic duty” and the appeal “Voters do their civic duty” led to significantly different outcomes. People are more likely to vote when they heard the noun “voter” rather than the verb “to vote.” Saying, “Volunteers make the world better” will likely be more persuasive in moving people to serve than saying, “Volunteering makes the world better.” This sentence gets across the same point more persuasively. We have a better chance of influencing our audience when we appeal to nouns invoking identity rather than verbs articulating rules.

Research on persuasive communication can help anyone sharing the Christian message. Persuasive Catholics find creative ways to speak less about bad news and more about the good news. Psychology, like philosophy, can be a friend rather than a foe of proclaiming the faith. 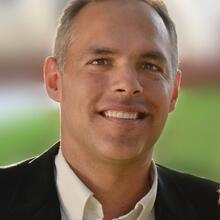 Christopher Kaczor is the William E. Simon Visiting Fellow in Religion and Public Life in the James Madison Program at Princeton University and the author of "The Gospel of Happiness: Rediscover Your Faith Through Spiritual Practice and Positive Psychology."

Show Comments (
1
)
Comments are automatically closed two weeks after an article's initial publication. See our comments policy for more.
Bill Mazzella
5 years 9 months ago
Timothy Dolan, archbishop/cardinal of New York was disturbed a few years ago by the Pew study which showed that people believed in God but not in the hierarchy. In the same way rarely is there any criticism of Jesus because mostly everybody believes in his goodness. What more can you say!