Skip to main content
Of Other Things
February 15, 2016 issue 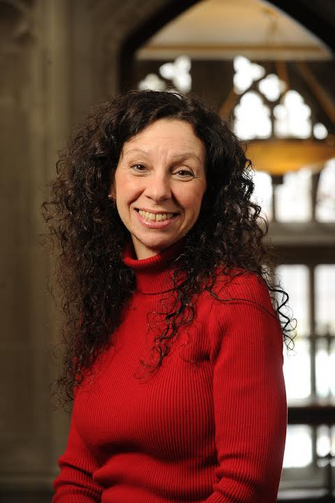 T. S. Eliot once famously wrote, “April is the cruelest month.” If I were to revise his critique of time and its assaults upon the human spirit, I’d substitute “February.”

Yes, February. The short month, the dearth month, the pine-for-all-you’re-worth month—the relief of spring just on the horizon, but nowhere near in sight.

February, the sophomore slump of the winter months. The snow is old. It’s bleak, it’s cold. And we just don’t care.

I am not alone in my antipathy for the sorry second month. Type “I hate February” into a search engine, and you will get 108 million hits, including websites selling “I hate February” T-shirts and YouTube videos rehearsing the multitude of reasons February is so despised. These reasons are eerily familiar and all ring true.

December is redeemed by Christmas, those high holy days of feast and family, the light of the infant Christ offsetting the winter solstice, darkest day of the year.

January is redeemed by New Year’s Day, a new beginning, a fresh start, with all of its promise and possibility, as we make our resolutions and earnestly endeavor to keep them.

February is saved by no such holiday, no bright spot to illuminate the pedestrian slog through the saintless calendar of days. And so we invent faux festivals—Presidents’ Day, wherein we honor our founding fathers by furniture shopping, Groundhog Day, wherein we hope for release from winter’s purgatory with the help of a weather-wise rodent from Punxatawney, and, most notably, Valentine’s Day. Taking our cue from a historical saint and embellishing his story, we create an occasion to celebrate—of all things—love amid the desolation of winter. We salve our winter blues with reds—roses, candy hearts and love poems professing passion we may or may not feel. (Witness the gloomy men pillaging the shops late in the day, desperate for the expected bouquet.)

By February we have failed, our resolutions forgotten or heavily revised to make them easier to live with. Feeling more than a touch of mea maxima culpa, it seems fitting that February brings us Lent, the antithesis of Christmas. Commencing with Ash Wednesday, that most solemn of observances, we embark on our slow march toward crucifixion and, finally, resurrection—but for that we must wait till spring. February is sackcloth and penance, fasting and ashes, bearing the heavy burden of our mortality.

February is the Month of My Mother. Born on Feb. 15, 1928, my eternally youthful mother spent a lifetime denying her birthdays, deleting the years that were piling up in everyone else’s inbox. This refusal to age culminated on her 80th birthday when her five children traveled from the far-flung cities where we live to Florida for a gala celebration. The restaurant was booked, the limos stocked with Dom Perignon, the grandchildren dressed in satin and suits. Everyone came to the party but her. True to her code, she treated that February date as her enemy, her nemesis, a day that would live in infamy as it marked her beginning but also prophesied her end.

And she was right—almost. My mother passed away on Feb. 1, 2010. She had fallen and broken her hip in December but managed a slow recovery through January. My siblings and I counted the days, sure we would mark her next birthday together (at last)—even if in a nursing home room. But she could not countenance February. As soon as it came, she went—refusing, once and for all, to be bound by time, to be defined by that unforgiving month of her birth and, now, her death.

Like my dark eyes and my penchant for drama, perhaps I’ve inherited my distaste for February from my mother. But rather than hunker down and wait for it to pass, I try to be present to its privations and to the lessons it might teach me. Henry David Thoreau once described the discipline of “driving life into a corner, and reducing it to its lowest terms, and, if it proved to be mean, why then to get the whole and genuine meanness of it, and publish its meanness to the world; or if it were sublime, to know it by experience.” Every 12 months I drive February into a corner. Every year I try to experience it anew.

The snow is old. It’s bleak, it’s cold. I mourn my mother all over again. Mean or sublime, it’s still February. It’s still the cruelest month.

Show Comments (
2
)
Comments are automatically closed two weeks after an article's initial publication. See our comments policy for more.
Mike Evans
4 years 4 months ago
Come on, Angela. February is wintery, yes, but not cold nor forsaken. We get at least 2 holidays, a short month, often the promise of early spring, and the great love feast of St. Valentine's day. Even as kids we looked forward to exchanging those penny valentines to our classmates, renewing friendship and even special puppy love for others. Charlie Brown pining away for the little red-headed girl is sign and symbol of the pangs we all feel. The valentine can often say for us the things we cannot say out loud because we are too shy or afraid. So praise for the promises, for bright sunny days, for simple new growth either springing forth or lying just beneath the snows.
Angela O'Donnell
4 years 4 months ago

Ah, Mike, you have hit upon February's best (and only) virtue--it is "a short month."  As the great Samuel Johnson once said of Paradise Lost, "no one ever wished it longer."

This article also appeared in print, under the headline “Hating February,” in the February 15, 2016, issue.

Angela Alaimo O’Donnell is a writer, professor and associate director of the Curran Center for American Catholic Studies at Fordham University. Her recent books are "Mortal Blessings: A Sacramental Farewell" and "Lovers’ Almanac," poems about love. Twitter: @AODonnellAngela.