The Godfather: Would my new role involve too much responsibility? 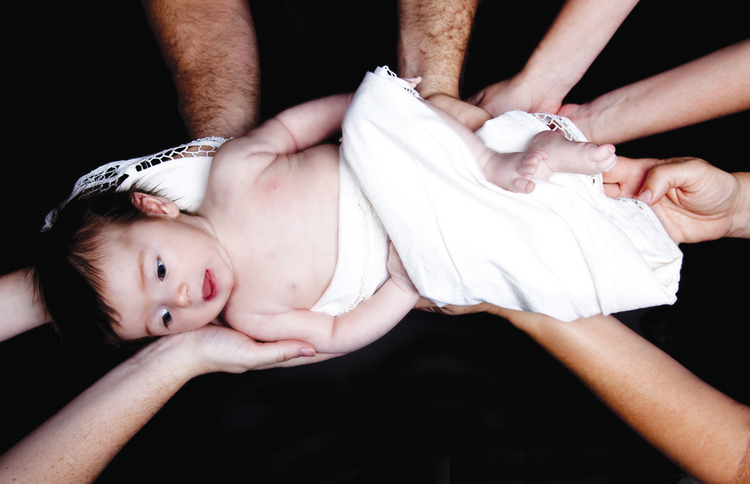 There are a few sure things in the life of an international volunteer. One is routinely experiencing the death of preconceived notions about “normalcy.” For instance, I occasionally get the feeling some of the teachers at the high school where I work find it strange that I never wear exercise pants to school. Another is the frequency of disease. I will say I have not experienced so little control over what comes out of my body and when it chooses to do so since I was a toddler.

And you can definitely count on delusions of grandeur. Though unfailingly well-intentioned, we volunteers seem to operate under the notion that our communities need nothing more than the fresh-water well or activity center only we can provide.

One of the true blessings in my first year of service in the Peruvian Andes is that the Jesuit Volunteer Corps tries to rid us of such fantasies. Time and again, J.V.C. trainers have reiterated that our goal is to accompany the people of our host culture, allowing them to change our lives rather than assuming we know what needs to change in theirs.

As clear as this lesson has been made, it is one that bears relearning. My instinct is to measure success by how many projects I steer to completion or how many students I teach to say, “My name is Gustavo; I am 12.”

This overemphasis on the action part of my volunteer experience has even manifested itself in relationships. Not long ago, my Peruvian friends Nelson and Yhasmina had their first child, a beautiful boy named Nicholas. About a month earlier, they asked me to be godfather at their baby shower.

I already knew Peruvians have godparents for a variety of purposes: baptisms, of course, but also other, more mundane rites of passage. My fellow volunteers and I once served as “haircut godparents,” which entailed snipping a few locks off a toddler’s head before he received his first real trim. That there could be such a thing as a baby shower godfather, then, was not surprising. But I had a hunch it would involve more than sending $10 bills on birthdays.

Nervous about my task, I pulled Nelson aside a day or two before the party to ask what I was supposed to do. Having attended a number of Peruvian fiestas, I had nightmares of blowing my entire J.V.C. stipend on beer for all the guests.

“Nothing,” replied Nelson. “We just want you to accompany us.”

Unsure whether Nelson’s “nothing” actually meant nothing or was code for, “You should actually do something, but it would be impolite to ask,” I baked a dessert and decided to look assiduously for any opportunity to assist on the big day.

All my Peruvian friends approach their parties with the detail-awareness of an architect and the eye of a poet, so logistically and thematically, there was very little for me to help with. Besides buying a few bottles of soda and squeezing limes to make pisco sours, Peru’s unofficial national alcoholic beverage, I felt redundant.

My only important moment came during the opening of the gifts. After Nelson and Yhasmina thanked their friends and family for coming, I spoke about how grateful I was for the honor of serving in my role. Then Nelson and Yhasmina took a present each and, before ripping off the wrapping paper, speculated about what the gift was. If they guessed incorrectly, I had to drink pisco sours from a giant baby bottle.

Nelson and Yhasmina proved to have prophetic deductive powers, so eventually the guests decided they should also estimate the color and quantity of each product. Once these changes in the rules were implemented, I drank a lot.

Overall, the party was a hit. Nelson and Yhasmina received enough diapers to delay toilet training for a while, and I staged a dance-off with Yhasmina’s 6-year-old nephew. Moreover, I realized Nelson had been sincere when he said the only thing he expected was my presence. All my anxiety about what I should contribute or whether I could afford to be a proper godfather had been for naught. Nelson clearly understood the spirit of accompaniment better than I did.

A North American Jesuit who works in Peru touched on this theme during a recent retreat I made. “The only thing you’ll leave with these people,” he said, “is the quality of person you are.”

Coming from an accomplishment-oriented U.S. culture, it is natural for me to look for concrete outcomes in work and relationships. “What do you do?” is one of the first questions someone from the United States asks when meeting a new person. It makes sense that I want to respond by talking about tangible achievements like starting a guitar class and teaching English.

But if any of the people I know in Peru remember me 20 years from now, it will not be because I organized a used-clothing sale or taught them how to say “orange.” Rather, it will be a reflection of the kind of person I was. Similarly, more than any work goals I realize during my two years in Peru, I will leave having learned from Nelson and other friends that who you are is far more important than what you do. 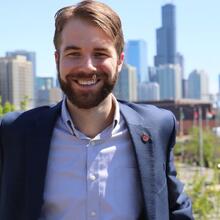 Brian Harper graduated from Marquette University in 2011 and now works with the Jesuit Volunteer Corps in Andahuaylillas, Peru. He blogs about his travels at www.brian harperu.wordpress.com.

1
Pope Francis: It is a sin to use Christianity to judge and exclude
Junno Arocho Esteves - Catholic News Service
2
Review: Netflix’s ‘Midnight Mass’ is Catholic horror at its best
Nick Ripatrazone
3
Matt Malone, S.J., president and editor in chief of America Media, to step down in 2022
Michael J. O’Loughlin
4
Explainer: Why did the Catholic Church cooperate with the Canadian government’s abuse of Indigenous children?
Dean Dettloff
5
Cardinal Raymond Burke says his recovery after Covid-19 has been slow
Todd Richmond – Associated Press