Finding Forgiveness: One man’s jouney from death row to a new life

Finding Forgiveness: One man’s jouney from death row to a new life 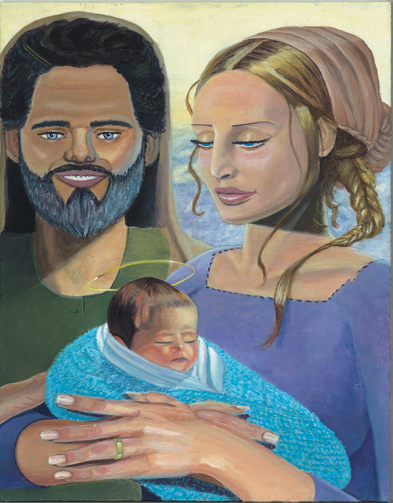 On June 11, 2001, the U.S. Government executed Timothy McVeigh in the federal penitentiary in Terre Haute, Ind. Six years earlier, on the morning of April 19, 1995, the ex-Army soldier and security guard had parked a rented Ryder truck in front of the Alfred P. Murrah Federal Building in downtown Oklahoma City. Inside that vehicle was a bomb. At precisely 9:02 a.m., the bomb exploded, killing 168 people and injuring several hundred more.

At Terre Haute, in the cell adjoining McVeigh’s was David Paul Hammer, a man sentenced to die for killing a cellmate. Both inmates were intelligent. McVeigh had been an altar boy; David was preparing to become a Catholic. However, each man held different reactions to his own crime. McVeigh was not remorseful; David was.

I learned of David’s repentance when he first contacted me in December 1998. He was then facing an execution date of Jan. 14, 1999. His letter, inspired by a story the Associated Press ran describing my opposition to the death penalty, contained this sentence: “I am looking for someone to serve as a spiritual guide for the remaining weeks of my life and to pray for me and for my victim...whom I killed in prison.”

Over the following months I had become aware of the man’s past—his miserable childhood, his dependency on drugs, the crimes that led him to prison and, eventually, into my life. In the 15 years since that introduction, annual visits, occasional phone calls and many letters have brought us together and fashioned our friendship.

I first visited David in a penitentiary in Allenwood, Pa., and brought along a friend. As our visit progressed, David poured out his sorrow for his many crimes. I asked David, who was not Catholic, if he knew about confession. He said he did—from the movies—and he wanted to engage in a conversation about forgiveness. I excused myself and he and my friend, a laicized priest, spent an hour talking.

A few months later, when David had been relocated to the U.S. Federal penitentiary in Terre Haute, he was inspired and encouraged by bi-weekly visits from Sister Rita Clare Gerardot, a Sister of Providence. One night David called to tell me he had decided to become a Catholic. “Why?” I asked. He replied, “Because the people in my life who have shown me the greatest kindness have been Catholics, and I want to die one of you.”

On Oct. 27, 2000, at David’s request, Archbishop Daniel Buechlein came from Indianapolis to confirm David at a private Mass on death row. He wore the vestments appropriate for a service in the cathedral. The makeshift altar was beautifully prepared. That day I became David’s godmother. Sister Rita Clare was also there, along with three other inmates. David was required to remain in a caged area during the Mass. The archbishop anointing David through the cage’s food slot was deeply moving, as was David’s reception of his First Eucharist. I felt the truth of “We, being many, are one Bread.” Perhaps, above all, David had come to believe in God’s absolute love and desire to forgive all who repent.

As McVeigh’s execution date approached, David tried to convince McVeigh of that belief. He spoke to McVeigh of the need to express sorrow and ask forgiveness of the victims’ families. That did not happen.

After McVeigh’s execution, I traveled from Queens, N.Y., to Terre Haute to visit David. His nearest neighbor was gone, and he felt sorrow at having failed to convince McVeigh to express remorse. The reality of the possibility of his own death by lethal injection weighed heavily on him. David was depressed. He judged the whole of his life by his failure to influence McVeigh and saw himself as useless, without purpose.

As the end of our visit approached, I had an idea: “David, you do artwork. How would you feel about designing a Christmas card? I’ll provide the text, get it printed and do the marketing. Whatever money we make can go to help children who are poor and at risk.” He perked up and within a month he sent me the first of a dozen cards—one each year—that have helped raise approximately $92,000, which we have distributed to agencies that care for children. The Sisters of Mercy who run residential schools in Jamaica, West Indies, have received money for woodworking and computer supplies, as well as funding for their animal husbandry and catering projects. Agencies from Brooklyn to Indianapolis have been recipients of the proceeds. Those organizations include an agency serving incarcerated or paroled women and their children; an agency serving developmentally challenged adults; an after-school enrichment program for children of immigrants and computer training and ESL for neighborhood adults; and a medical missionary.

During the month of June 2014, David Hammer was afforded a retrial in the First U.S. District Court in Philadelphia. His presence in the courtroom via Skype allowed him to observe the proceedings but not to participate in them.

David’s excellent attorney had summoned several of his family members to testify to the vast changes in his character and behavior. Except for his relatives, I was probably the witness who knew David most intimately, having served as a spiritual guide for 14 years. I spent several hours on the witness stand over two days, being questioned by the defense and prosecution.

At 56, David is a far cry from the abused, violent 19-year-old drug addict who had received a sentence of 1,200 years. Self-educated through televised courses, conversations and readings, he now uses his legal skills to help indigent inmates. His voluminous correspondence includes letters counseling children already in protective custody. He advises them to cooperate with those devoted to helping them and to take advantage of the safe harbor David never knew as a boy.

The judge listened attentively to all who spoke for the prosecution and the defense. The attorney invited me and three other women religious, whose agencies have benefitted from the sale of David’s cards, to testify.

But David’s impact, particularly his involvement in the cards project, has gone far beyond that courtroom. The cards have been sent around the world, and many people have been surprised to learn that something of such great beauty and benefit could come from a harsh place of confinement.

At the conclusion of the trial, the judge decided that David would receive life without parole, and he was removed from death row. Our testimonies about the benefits of David’s art and his determination to help others, helped to save him from the death penalty. He, in turn, plans to continue to spend his time in prison serving others in whatever way he can.

This article also appeared in print, under the headline “Finding Forgiveness,” in the November 24, 2014, issue.

Camille D’Arienzo, R.S.M., a radio commentator and writer based in New York City, is a member of the Sisters of Mercy of the Institute of the Americas. A Christmas card order form is available from cherilife@aol.com.