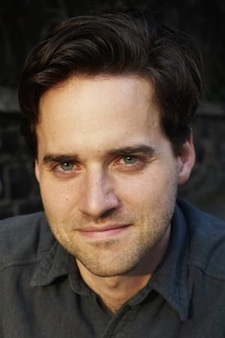 For a country whose politicians make so much of “family values,” it’s perplexing that the United States remains the only industrialized country on the planet with no requirement for paid parental leave. Parents not lucky enough to have a job that offers a few paid weeks off must choose between those vital first days with their newborns and the paycheck that provides for them. Since our health care system is still largely tied to full-time work, a parent who wants to be at home part of the week may have to give up access to a doctor. The time it takes to be a parent, it turns out, can be costly.

Frida Berrigan learned the preciousness of family time early on. Her parents, Phil Berrigan and Elizabeth McAlister, were the first couple of the Catholic peace movement and spent 11 of their 29 years of marriage separated by prison bars. Her wise, delightful new book, It Runs in the Family, recalls that uncommon upbringing in light of her first few years as a mother. (As one of her editors at the online publication Waging Nonviolence, I had a small role in its gestation.) A priority that runs throughout the book is time.

“My husband and I made a choice to live on one salary,” Berrigan writes. “We don’t have a lot of extra money, but we do have more time for family, for each other, and for the world.”

With her own family, she makes some choices differently than her parents did—choices at once radical and traditional. She doesn’t risk long prison sentences, but she’s still a leader of Witness Against Torture, a campaign to close the Guantánamo prison camp and end the war on terror’s detention and interrogation practices. She’s a stay-at-home mom, but her husband does much of the cooking. Living simply on his social worker’s paycheck, they purposely keep their income below the federal tax threshold to avoid contributing to the government’s outsized military budget. They go to a Unitarian Universalist church together; but when she goes to Mass, she prefers smells and bells over the guitar hymns of her childhood. She tries to be a nonviolent mom, but sometimes she loses her cool and has to repent for dumping water on little Seamus’s head.

Berrigan’s presence, in all that she does at home and for the world, is a choice. She left a job at a think tank and with it the false prospect of having everything. She made the choice to value time over money. “It is a humbling, human, hard choice,” she writes. But choosing time also means that she can help out at her local food co-op and work in the garden and write a book. With less she can do more.

Many of our stranger perversions have to do with abundance and scarcity. Las Vegas keeps its fountains running in the desert while we turn off the water for struggling Detroiters surrounded by the Great Lakes. Homelessness is on the rise in New York City even as there are enough empty apartments to house everyone. We give up vast portions of the finite time of our lives to get hold of money that is created out of thin air.

That time is becoming even more scarce. Among professionals, the workday is becoming longer as the email on our phones brings the office into every waking hour. Retail and food-service workers, meanwhile, have less control over their schedules because employers use software to optimize shifts for short-term profits rather than healthy, sustaining workplaces.

Technology was supposed to free us; the colonial-era preacher Jonathan Edwards imagined that, for Christians of the future, “there will be so many contrivances and inventions to facilitate and expedite their necessary secular business that they will have more time for more noble exercise.” Instead, we’ve used our contrivances and inventions to squeeze more time out of one another.

Time is holy. That’s why the Third Commandment insists that some of it be set aside for God. Without time, there is no worship, no real democracy, no nourishment of families. Freedom is a platitude without the time to exercise it. So is talk of family values without valuing families’ time—for fathers as well as mothers, for high schoolers as well as infants.

In lieu of a society that treats time as the gift that it is, Frida Berrigan is keeping up her own family’s tradition of being a sign of contradiction. Other families’ ways of valuing time may not look like hers. But in any case it’s strange how today a simple life is enough to make one seem like a radical.

Nathan Schneider is the author of Thank You, Anarchy and God in Proof. Website: www.TheRowBoat.com; Twitter: @nathanairplane.