Five lessons on parenthood from Scripture

Five lessons on parenthood from Scripture 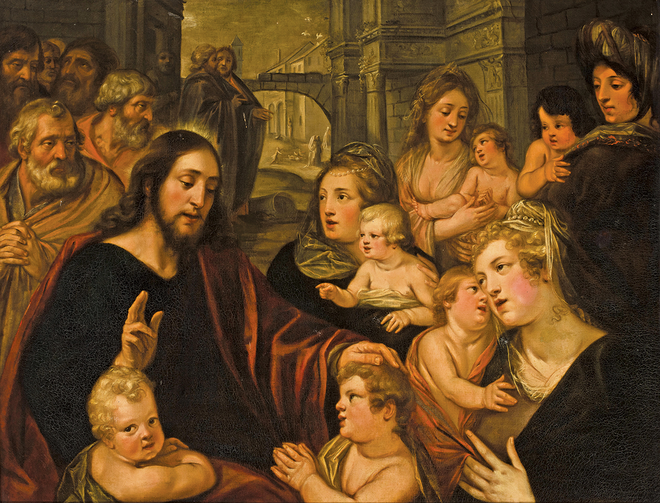 Viewing Scripture as a direct source of parenting advice disregards the complexity of the biblical witness as well as that of our own lives. Such an approach leads to sentiments that are comforting on the surface but lacking in depth and substance. Coming to terms with the distance between Scripture and our own experience is an important first step in recognizing the parallels that may actually exist.

Values, knowledge and beliefs change significantly over time and across cultures. Yet some basic experiences still unite human families. Family members are generally marked by affection for one another, new caregivers are often deeply anxious about their duties, and parents must negotiate childrearing within the constraints of external forces and their own abilities. Encountering the biblical testimony with an honest and critical eye to both its complexity and our own experiences permits encounter with the counsel it may offer.

1. Families are complicated. Even the most cursory review of families in Scripture reveals their complexity. In the first family, Cain’s jealousy provokes him to murder his brother, Abel (Gn 4:8). A few chapters on, Noah curses his own grandson, condemning him to slavery (Gn 9:25). Later, Abraham fathers Ishmael with the concubine Hagar (Gn 16) and eventually abandons both in the desert (Gn 21:14). Abraham’s grandson, Jacob, marries the wrong sister (Gn 29:25) and eventually fathers children with four separate women (Gn 30). This list could be much longer.

Biblical families are characterized more by intrigue than wholesomeness. While such families certainly add to the drama of Scripture, they also carry an important lesson. Within the complexities of life, families often fall short of our ideals. The chaotic families recorded in Scripture do not speak to the sort of families we wish we had but to the sort of families we actually do have. In Scripture, God pledges loyalty and enduring presence to a lineage that is marred by infidelity, jealousy, thievery and more. None of these vices ultimately interfere with God’s will, which works often in spite of our own efforts.

2. The Gospel challenges families. Jos 24:15 adorns the walls of many Christian homes: “As for me and my household, we will serve the Lord.” Inspiring though it may be, the verse resonates with prevailing assumptions of family autonomy and privacy in contemporary culture. But the vocation of the Christian family is both inwardly directed toward its members and outwardly directed towards mission in the world. It is often difficult enough just to get uncooperative children to church consistently and on time, let alone engage as a family in meaningful work toward the social good. But such is the vocation of the Christian family.

Scripture does not just challenge individual families to fulfill their Christian calling; it challenges their existence itself when families neglect this mission or interfere with the Christian vocation of individual members. In the Gospels, Jesus clearly and repeatedly rejects commonly held familial obligations (Mt 8:22, for example). At times, he pits true discipleship and family allegiances against one another as conflicting and incompatible alternatives (Lk 11:27–28, 14:26).

In Mk 3:31–35, for instance, Jesus sharply rebukes his family in order to assert the primacy of his mission. More gracious options for engaging his family seem to have been possible, but Jesus capitalizes on the opportunity to make a clear statement about the relative value of family commitments in light of the call to discipleship.

These tensions do not indicate that Jesus or early Christians were anti-family. Instead, they explore allegiances and loyalties. The New Testament recognizes potential conflict between familial obligations and faith commitments and clarifies family obligations as subordinate. Following the Gospels’ lead, the early Eastern theologian John Chrysostom explained family obligations while insisting on the centrality of the Christian call to serve one’s neighbors. Parents are to educate and raise their children as Christians, he wrote, not because they are bound by biological ties but because Christians are called to serve their neighbors. Children simply happen to be their parents’ closest neighbors in need.

With the high valuation of family privacy and autonomy prevalent today, the tension between present conceptions of family life and the New Testament’s message is significant. It is comforting to believe that there is something very special about our own private families apart from the busy world of work, school and social obligations. Yet Scripture suggests that when Christian families become too inwardly focused, they are not just failing in their Christian social obligations; they are failing to be Christian families.

3. The Gospel creates families. The lengthy genealogies scattered throughout the Bible attest to the importance of family descent in the minds of its authors. Two Gospels place Jesus in history and suggest their author’s interpretations of his mission by providing genealogies (Mt 1:1-17, Lk 3:23-38). But despite this emphasis on biological descent, Scripture’s view of kinship is complex. Various forms of group dynamics persist throughout Scripture. Scripture is particularly hostile toward neighboring groups that are known to be related to Israel (the Canaanites in the Old Testament and the Samaritans in the New). While Jesus follows these mores on various occasions, he is also willing to transgress them (Jn 4:4–38).

One of the most perilous moments in Jesus’ ministry comes when he recounts for the people of his hometown how God had chosen foreigners to receive blessing while Israelites suffered (Lk 4:16–30). The parable of the good Samaritan is among the clearest examples of Jesus’ willingness to break down the barriers of group identity (Lk 10:29–37). As seen above, this willingness applies to family relations as well. Jesus rewrites the rules of kinship in view of the decisions and actions of individuals rather than their biological relatedness or social identity. Even on the cross, Jesus creates kinship obligations where none existed before (Jn 19:25–27). It is no accident that Paul takes up the family as his preferred analogy for the Christian community. The commitments of an active faith create networks of relatedness and obligation.

4. Jesus welcomes children. One obvious reason why Jesus is often seen as unilaterally pro-family stems from his rebuke of his own disciples and insistence that children be allowed to come to him. Indeed, Jesus’ interaction with children is rather remarkable for his time. Within a culture that did not regard children as having inherent value, Jesus contended that there is something characteristic about childhood that should serve as an inspiration for adults (Mt 19:13–15).

It remains unclear, however, if Jesus’ statements about childlikeness relate to any essential quality of childhood or children themselves. The message may be connected primarily to the low social status of children, which made them fitting symbols of powerlessness. Jesus’ interactions with children push back against cultural expectations but do not entirely break the mold. Jesus does not romanticize childhood, nor does he generally seek out interactions with children.

Parents consistently mediate contact between Jesus and children. In each of the accounts of Jesus welcoming the children, it is the parents who are rebuked as they bring children forward to Jesus. Jesus frequently encounters parents who request healing for their children, and repeatedly accepts. The Gospels present a God who responds to parents in times of both joy and distress.

5. Scripture teaches fidelity and stability. Families in Scripture are diverse, complex and messy. The Gospels seem as inclined to challenge family allegiances as to construct new forms of kinship. Scripture does present several ideals for family life, but these rarely play out within the families actually encountered. In spite of it all, families in Scripture, biological or not, tend to hang together. Despite their failings, the patriarchs do, in fact, become the ancestors of a nation. Despite Paul’s admonitions to dysfunctional Christian communities, the Christian family has persisted.

Like the families of Scripture, our own families are shaped by stories of difficulty and persistence. One notable area in which the teaching of the Catholic Church and contemporary social scientific research are in agreement is on the benefit of family stability as a singularly important factor for child well-being. Stability in the social scientific sense generally refers to low-conflict families without divorce, separation or other significant shifts that affect caregiving arrangements. Catholic teaching links stability to marriage and the nuclear family, though Catholic social teaching extends this to factors like wages and housing. But while the risk factors are significant, there is no magic recipe for long-term family stability. All families face challenges, hardships and losses. Those families that hang together, even as partial or reconstructed units, provide the surest foundation for well-being and also attest to the loving fidelity of God as recorded throughout Scripture.

Christian parents are right to look to Scripture for guidance. But Scripture does not provide us a handbook on how to do parenting right. Instead, it presents us with a God who works through the complications of human experience. Our own families certainly participate in their own levels of complexity and drama. We should be comforted that Scripture tells us the story of a God that has done great things through challenging circumstances.

Jake Kohlhaas is an assistant professor of moral theology at Loras College in Dubuque, Iowa. His research interests include theology of children and parenthood, sexual ethics, and environmental ethics.