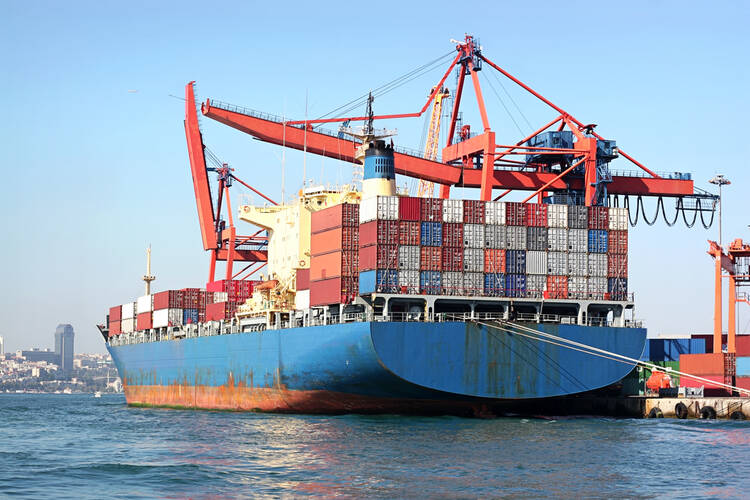 It has been praised as “the most progressive trade bill in history” by President Obama and denounced by Senator Elizabeth Warren, Democrat of Massachusetts, as a secret “deal” that would “undermine U.S. sovereignty.” One thing is certain: after seven years of negotiations, the classified 12-nation trade agreement known as the Trans-Pacific Partnership is shifting traditional partisan battle lines in Washington.

In late April the Republican-led Senate Finance Committee and the House Ways and Means Committee agreed to give trade promotion authority to the administration, which means that Congress can vote on but not make amendments to a final deal. The fast-track bill must now make it through both chambers, where resurrected fights over free trade threaten to derail a signature goal of Mr. Obama’s second term. Opponents of the T.P.P., including prominent Democrats, say the accord will accelerate the steep decline in manufacturing jobs brought on by the North American Free Trade Agreement two decades ago. Supporters see in Asia’s rising middle class an opportunity to expand American exports. They warn that if the United States does not write the rules for trade with the world’s fastest-growing economies, China will.

From the perspective of Catholic social teaching, the right of free trade is subordinate to human dignity and authentic development:  “God intended the earth and everything in it for the use of all human beings...created goods should flow fairly to all” (“Populorum Progressio” [1967], No. 22). Many details of the Pacific trade deal remain undisclosed—a lack of transparency that is already troubling—but the provisions that have been made public should be judged on how they enhance in a sustainable manner the rights of all people to safe employment and a fair wage.

Labor. President Obama has said the T.P.P. will create jobs at home and establish enforceable labor standards—on minimum wages, collective bargaining rights and workplace conditions—that will not only help workers in countries like Vietnam and Malaysia but will also level the playing field for U.S. workers by making foreign labor more expensive. Opponents warn that worker protections on paper will not necessarily be enforced. Further, the Congressional Research Service reports that even with labor laws in place, U.S. manufacturing stands to decline by as much as $44 billion by 2025. Though gains in the service sector would be even larger, without serious investment in worker training and infrastructure projects that create jobs, low-skilled workers are unlikely to share in the net economic benefits of the deal.

Intellectual property. The T.P.P. is expected to include strong protections for intellectual property. Most controversially, the United States is reported to be pushing for a 12-year “monopoly period” for drug makers, during which competitors cannot make cheaper generics. Drug companies say this will provide incentives for innovation. Critics hold that life-saving drugs are of little value if patients cannot afford them. The Vatican has criticized the pharmaceutical industry’s profit-driven focus on “health issues that have greater market potential” in wealthy countries, while the world’s poor “bear an inequitable burden of both communicable and non-communicable diseases.”

Environment. A leaked draft of the T.P.P.’s environmental chapter has met with heavy criticism from environmentalists. In a joint letter, the Natural Resources Defense Council, Sierra Club and World Wildlife Fund say provisions do not go far enough to prevent illegal logging, overfishing and trading in illegal wildlife products, and that the regulations that are included are not legally enforceable. The draft shows that the U.S. negotiators have called for stronger enforcement mechanisms but are facing opposition from almost all the T.P.P. countries.

Twenty years after Nafta, most economists agree, liberalized trade has resulted in net economic gains for the United States and reduced poverty in developing countries. But the rewards have been unequally distributed. While U.S. executive salaries have never been higher, thanks to the high-risk, high-reward environment of the globalized economy, postindustrial cities have yet to rebound.

In “The Joy of the Gospel,” Pope Francis wrote, “Each meaningful economic decision made in one part of the world has repercussions everywhere else.” Overcoming what he calls the “globalization of indifference” requires seeing those connections. From the Gambian who risks his life on the Mediterranean to the students trapped in Baltimore’s failing schools, millions of lives are dictated by economic forces beyond their control. In the Trans-Pacific Partnership, the United States must not waste an opportunity to advance a different kind of globalization: of solidarity with workers across nations and shared resolve to confront the threats to human health and the environment that know no boundaries.