Have we totally lost our belief in facts? If so, who's to blame? 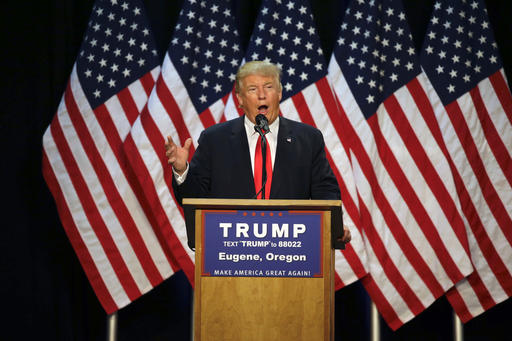 A decade after Stephen Colbert coined the word, “truthiness” has conquered a presidential race. The Republican Donald J. Trump has set the standard in saying things that feel truthful to his supporters, regardless of whether they have any basis in facts. According to Mr. Trump, illegal immigration from Mexico is up (it isn’t), unemployment is as high as 42 percent (only if you count all retirees as wanting to get back to work) and the United States ranks “first” in spending on education but “last” on educational performance (wrong on both counts).

“There’s never been a presidential candidate like Donald Trump,” Glenn Kessler wrote in March in The Washington Post’s Fact Checker department, “someone so cavalier about the facts and so unwilling to ever admit error, even in the face of overwhelming evidence.” Fact Checker had by then awarded Mr. Trump its worst rating, “four Pinocchios,” 26 times for such matters as claiming not only to have opposed the Iraq War in 2003 but to have been “visited by people from the White House” trying to silence him.

Mr. Trump, writes The New Yorker’s Jill Lepore, is perfectly suited to a post-fact, or “truthy,” world that is not completely new but instead resembles the bullying of childhood (if I can beat you up, I must be right) and medieval trials (if you can float in a river, you must be a witch): “Trial by combat and trial by ordeal place judgment in the hands of God. Trial by jury places judgment in the hands of men. It requires a different sort of evidence: facts.”

The fact-free candidate is now poised to take the Republican presidential nomination, and some see his rise as an indictment of American journalism. But Chris Cillizza of The Washington Post does not accept the premise of a negligent press corps. “One of the most frequent complaints I hear,” he writes, “is that ‘the media doesn’t fact-check Donald Trump enough.” His response: “You are mistaking a lack of changed minds with a lack of fact-checking…. That is not a failure of fact-checking. It is the death of the belief in fact.”

Mr. Cillizza writes that the “fragmentation of the media” into ideological categories is partly to blame for the fact-free world, writing, “You can go through each day as a well(-ish)-informed person without ever hearing a sliver of news that contradicts what you already believe.”

The fear that we are separating ourselves into liberal and conservative camps is one reason for the recent uproar over how Facebook organizes its content. The website Gizmodo reported on allegations that Facebook workers have routinely kept conservative viewpoints out of the Trending section of the social-media website. In a statement to Gizmodo, Facebook says it is merely weeding out “junk or duplicate topics, hoaxes, or subjects with insufficient sources.”

In other words, Facebook is claiming the responsibilities of traditional print media. The New York Times columnist Jim Rutenberg recently chastised journalists for not taking Mr. Trump seriously until he had already vanquished almost all his rivals. Political journalism, he writes, “has too often lost sight of its primary directives in this election season: to help readers and viewers make sense of the presidential chaos; to reduce the confusion, not add to it.” Facebook’s news curators, as they are called inside the company, surely see themselves as reducing confusion. The trouble is that we may have reached the point where no journalism outlet is trusted enough by Americans across the ideological spectrum to serve as a fact-checker and gatekeeper of political news.

Still, I’m not sure that avoiding different political opinions is a completely new phenomenon. Even when daily newspapers could be found in most homes, plenty of readers ignored news stories and columns that seemed to challenge their beliefs. My guess is that discussions among family members and friends did more to prevent creeping truthiness than did authoritative news sources like the TV networks’ evening news. And I don’t know what journalists can do about people moving to neighborhoods where almost everyone votes for the same party.

When people are more skeptical about the fact-checkers than about the candidates themselves, it can be irresistible for people seeking political office to throw out dubious statistics and stretch the truth beyond recognition. Mr. Trump may simply be better at it than anyone else this year.

Robert David Sullivan
RobertDSullivan
Show Comments (
9
)
Comments are automatically closed two weeks after an article's initial publication. See our comments policy for more.
Lisa Weber
4 years 12 months ago
I think truthiness is partly based in the fact that science and related fields are longer understandable to the average person and scientific facts cannot be tested by ordinary experience. If you cannot test the validity of something presented as fact, you are accepting it on the authority of the person presenting it. Donald Trump speaks confidently, presents prejudices as facts, and the media reports what he says. If the media did not report anything he said unless it was factual, the silence would be astonishing.
James Axtell
4 years 12 months ago
Donald Trump may speak confidently, but given his background, cannot be conceded any "truthiness." "I'm really rich," he says, but whether he's worth a billion or ten billion, his reality is not that of a normal American. "We don't have time to be politically correct," he says, but in a nation that proclaims "All men are created equal," isn't political correctness the whole point? His business dealings/bankruptcies hardly end the way that most Americans experience the bankruptcy code. Trump is certainly good at one thing: selling his snake oil.
Frank Huber
4 years 12 months ago
I would welcome the silence! In the meanwhile we continue to lap up the entertainment.
James Richard
4 years 12 months ago
The media has become nothing more than a source of gossip which keeps the public uninformed about not only Donald Trump's inaccuracies, but the flaws in Hillary Clinton's words and policies. Unless American voters read multiple sources, check facts and most of all, think for themselves, we'll end up with Donald Trumps and Hillary Clintons as the choices for the presidency. Of course, the nation's moral values have collapsed and everything is relative to individual feelings, rather than the welfare of all of society.
JR Cosgrove
4 years 12 months ago
In the current presidential race there are three people left. All are New York liberals and and all are factually/intellectually challenged. This is more of an indictment of the people doing the voting then the candidates. There were some good candidates but the people did not like them. So look to the American people as the culprits in this and also to the media who fail to tell the truth about the candidates. Demagoguery rules in both parties.
William deHaas
4 years 12 months ago
Mr. Cosgrove - you have just used a Trumpism or truthiness statement yourself - you say: "all are factually/intellectually challenged." This misrepresents the actual facts. You over-generalize and in doing so, mislead. There is no comparison between what Trump says (reliable studies and sources indicate that his opinions/statements are completely wrong more than 50% of the time and partly wrong more than 40% of the time. Clinton pales in comparison to this truthiness test - per reliable sources, she mis-states roughly 30% of the time. Sanders comes in at about 15% of the time and does the best. http://2016-presidential-candidates-fact-check.silk.co/
JR Cosgrove
4 years 12 months ago
Actually, I consider Sander's claims the most ridiculous. Little of what he promises is possible and most is dangerous. His thinking process is at best flawed. Though each of the three is extremely deficient. The American public has chosen and in the words of the old knight in the Raiders of the Lost Ark second movie, they have not chosen wisely.
Douglas Fang
4 years 12 months ago
I discovered this very interesting article from http://www.firstthings.com/blogs/firstthoughts/This is How Fascism Comes to AmericaRobert Kagan, Washington Post https://www.washingtonpost.com/opinions/this-is-how-fascism-comes-to-america/2016/05/17/c4e32c58-1c47-11e6-8c7b-6931e66333e7_story.html?hpid=hp_no-name_opinion-card-b%3Ahomepage%2Fstory
JR Cosgrove
4 years 12 months ago
This is a hit piece. Fascism is a movement from the left that also has strong nationalistic themes. Is Trump from the left. He certainly has expressed a lot of leftist views in the past. He is certainly using an appeal to nationalism in his campaign. But Trump is anything but an ideologue as Mussolini and Hitler were. Both were men of the left who built up popular movements from the grass roots over several years. Trump has none of that though his supporters are numerous and vocal but are not ideology driven. It is not that Trump is not scary on some level but he has no organization. His main goal seems to be power without losing any money. What is scary is no one knows what he will do if he is elected. He will limited by congress and the courts so it may be minimal. We will wait and see if he gets elected, right now less than an even chance but getting stronger.