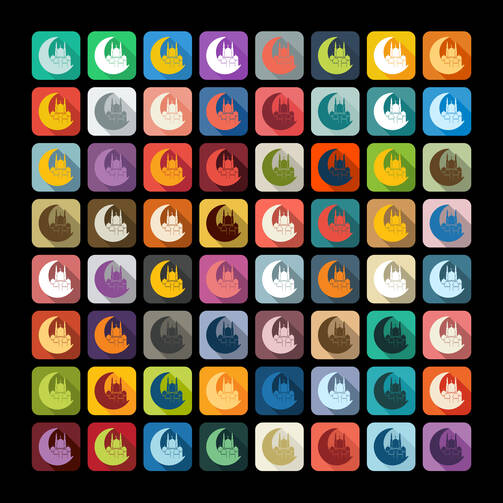 Pope Francis’ trip to Turkey at the end of November comes at a critical time and place in the history of Christian-Muslim relations. Bordering Iraq and Syria, Turkey has in recent months been inundated with refugees fleeing the advance of Islamic State militants. The Christian presence in the Middle East has been on the decline for decades, but today civil war and the rise of extremist groups threaten to expel the tiny minority that remains.

The plight of persecuted Christians is an issue close to Pope Francis’ heart, and at a gathering of cardinals on Oct. 20 denounced “terrorism of previously unimaginable proportions” and the perpetrators on whom “the value of human life has been lost.” Nowhere in his remarks, however, does he draw a connection between this violence and the religion of Islam. His careful use of language reflects his belief, expressed a year ago in his apostolic exhortation “The Joy of the Gospel,” that “authentic Islam and the proper reading of the Quran are opposed to every form of violence.” For that reason, he writes, Catholics must avoid “hateful generalizations” in the face of violent fundamentalism.

Such nuance often is lost on American commentators. In September the talk show host Bill Maher said the “Muslim world…has too much in common with ISIS”; his guest, the author Sam Harris, conceded that there are certainly “nominal Muslims who don’t take the faith seriously, who don’t want to kill apostates, who are horrified by ISIS.” As there were no Muslims present in this exchange, the source of religious authority cited was the Pew Research Center, which found that 86 percent of Egyptians support the death penalty for apostates.

That is a troubling statistic, but religions are not defined by opinion polls. Those who wish to make sweeping generalizations about Muslims have their work cut out for them. There is no equivalent to the pope in Islam, no single catechism or hierarchy to consult for definitive interpretations of religious texts. Any sentence that begins “All Muslims” and does not end with “believe there is no god but Allah, and Muhammad is the messenger of Allah” probably paints an incomplete or inaccurate picture of a faith held by over 1.5 billion people from every region of the world. In Afghanistan 99 percent of Muslims favor making Sharia law the law of the land; in Azerbaijan just 8 percent favor this. Factors other than faith are at play here.

This is not to say that the Muslim faith in its diversity of expressions should not be engaged with critically. Groups like ISIS and Boko Haram commit horrific acts of violence in the name of Islam, and it is not enough to simply say, “They are not true Muslims.” But neither should their actions be used to perpetuate what the theologian William T. Cavanaugh calls “the myth of religious violence,” the idea that religion is “more inclined toward violence than secular ideologies and institutions.”

What, then, can Catholics do to elevate the conversation around Islam? First, we must recognize that narratives matter. According to a poll by the Public Religion Research Institute in 2011, only about a third of Americans personally know a Muslim, and 86 percent report knowing little or nothing about Islam. If what most Americans know about Islam is what they see in the headlines—rebels beheading journalists in Syria and kidnapping school girls in Nigeria—it is easy to understand why a Pew poll in 2014 found 50 percent, the highest share since 2002, believe Islam is more likely to encourage violence than other religions. These stories deserve our attention; but so too does the fact that Malala Yousufzai, who recently won the Nobel Peace Prize for her work promoting girls’ education, is Muslim, as were four others among the past 12 peace laureates.

Catholics can also follow Pope Francis’ lead by creating a “culture of encounter” with Muslims. This fall Bishop Arthur Serratelli of the Diocese of Paterson, N.J., attended an iftar, the evening meal at which Muslims break their Ramadan fast. At the dinner the bishop joined Imam Mohammad Qatanani in a discussion about volunteerism, another fruitful ground for interfaith engagement. The Interfaith Youth Core, for example, fosters cooperation among faith and secular communities through service work on over 100 campuses nationwide. Catholic high schools and universities could also incorporate introductory classes on Islam into their curriculum and welcome imams as campus chaplains, as Georgetown University has done since 1999.

In a world where senseless terror threatens Muslim and Christians alike, we must take up the call of the Second Vatican Council, in the “Declaration on the Relationship of the Church to Non-Christian Religions,” “to work sincerely for mutual understanding and to preserve as well as to promote together for the benefit of all mankind social justice and moral welfare, as well as peace and freedom.”

The Editors
Show Comments (
7
)
Comments are automatically closed two weeks after an article's initial publication. See our comments policy for more.
Bruce Snowden
7 years 6 months ago
How about starting with focal linkage relative to respect for Mary that both Muslims and Christians share? I realize tangible improvement of human relations requires more than this, but it is interesting to note that one of the names honored by Mary in her earthly visitations is Fatima, a name sacred to Islam, being the name of Prophet Mohammed's daughter.Spiritual sensitivity suggests that a Providential connection exists in the Divine decision to focus Mary's affinity to Islam as Our Lady of Fatima, so beneficial in these times it would seem.
Beth Cioffoletti
7 years 6 months ago
A very intriguing connection, Bruce. I am going to look into this some. Thanks.
Bruce Snowden
7 years 6 months ago
Beth, thanks for your insightful comment.Check out "Mary the Mother of Jesus and Islam" on the internet, many sites and much info available.
Bill Mazzella
7 years 6 months ago
I have two concrete suggestions which are long overdue 1. The pope and all Christians have to speak out when any religious group is persecuted. Rome usually objects when Catholics are persecuted. The pope should also speak out when Muslims or any other religious group ir attacked. Like in Myramar right now. http://www.nytimes.com/2014/11/07/world/asia/rohingya-myanmar-rakhine-state-thailand-malaysia.html 2. India, despite its abundant advances still harbors millions of the poor and downtrodden. Stop the scandal of sending Indian priests to the US and other developed countries when they are a million times more needed in their own country. The majority of slaves today are in India. Sending of priests to other countries is money driven and a scandal to the gospel. http://www.nytimes.com/2014/11/07/world/asia/the-dead-of-delhi-unknown-and-unclaimed.html?ref=asia
Robert Lewis
7 years 6 months ago
"This is not to say that the Muslim faith in its diversity of expressions should not be engaged with critically." As all Christians who aren't fundamentalists know, there are blatant contradictions throughout the Christian Bible. The Catholic and Apostolic Churches--all of orthodox Christianity, in fact--agree to read those Scriptures dialectically, as proceeding toward a fuller Revelation of Truth. The problem with Islamic reading of the Koran is that most Muslims refuse to acknowledge the contradictions in their Sacred Scripture, the Koran, and do not propose any kind of dialectical reading of it. The only Muslims who have ever done that successfully are the Sufis, who generally insist on a "hidden" or occult interpretation of the Koran. And, if you know that the Sufis preach that Allah is a perfectly loving God, and, if you are familiar with the "Suras of the Sword" and if you know how the later Suras--those of the time when the Prophet became a secular leader and a defender of his devotees against persecution, when he legitimizes "Jihad" against the "unbelievers"--then you will understand perfectly well why the Sufis were never able to accept the literal meaning of parts of the Koran, and many of the Hadiths. Sorry, but I now LIVE in a Muslim country--one of the more moderate ones--and I've never experienced so much anti-Semitism, so much stupid and superstitious bigotry, so much relentless proselytizing, and so much justification of violence in any of the many other places in the world where I've dwelt previously. History is totally white-washed here, to present a pathetic story of constant victimization by the outside world and of the complete purity of all Muslims' intentions. The cause of Muslim violence is an almost complete ban of critical thinking when it comes to religion.
Bill Mazzella
7 years 6 months ago
We have to understand that the Muslim world has been the victim of colonization by European conquerers. They have fought bitterly for that independence. One must see how that caused a lot of bitterness and attraction to the more militant aspects of Islam. We have to work to build bridges.
John Fitzgerald
7 years 6 months ago
I am well aware of the tremendous variety in the Muslim world and strongly supportive of more dialogue and bridge building. Two things that I would like to better understand are: 1) why is so much of today's Muslim world in the grips of extremism; and 2) why is there such widespread support for violent action, including for such things as adultery, perceived criticism of the Prophet, perceived apostasy, and perceived indecent female dress? Perhaps this magazine could invest in educating us.