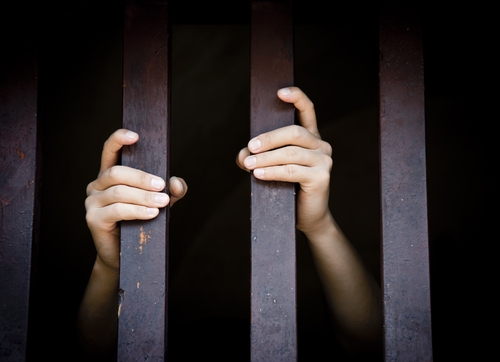 In early 2012 the Corrections Corporation of America, the largest private prison operator in the United States, sent a letter to officials in 48 states announcing its $250-million business plan to purchase and manage local, state and federal prisons. Of course, there are strings attached. The minimum contract term is 20 years; facilities must have at least 1,000 beds; and these beds must remain at least 90 percent occupied for the entire term of the contract.

C.C.A. knows how to run a successful business. In 2011 alone it generated an impressive $1.7 billion in total revenue—turning a profit of about $160 million. And who foots the bill for contracts with private prisons? Taxpayers, of course. A coalition of faith organizations sent a letter to the 48 governors encouraging them to reject C.C.A.’s offer, calling it “dangerous and costly,” not just in terms of dollars and cents, but also “costly to the moral strength of your state.”

The United States currently imprisons more than 2.3 million of its citizens, the highest per capita incarceration rate in the world, and states alone spend about $50 billion annually on corrections. As the nation’s prison population increased steadily in recent decades (up from 250,000 in 1972), so did reliance on private prisons, which today hold nearly 130,000 inmates, many of them detained immigrants.

Of the practical and moral dangers associated with transferring incarceration responsibilities to private, for-profit companies, the most obvious is the conflict of interest. C.C.A. is accountable to shareholders, who expect a return on their investment. Good business means keeping the beds full. And since government is the only customer, C.C.A. alone has invested $19.3 million in the past decade in lobbying and campaigning for candidates who favor stricter sentencing laws like mandatory minimum sentences, “three strikes” laws, harsher enforcement of immigration laws and “truth in sentencing.” Such laws keep more people in prison for longer amounts of time. The profit motive may also deter efforts to reduce recidivism, which should be a primary goal for any “correctional” facility.

Depriving a person of liberty in order to safeguard the common good is one of the most serious actions a government can take. This practice, which should be rare, requires maximum public accountability. There is, then, a seemingly irresolvable tension here between public accountability and private interest. At a minimum, if the government contracts with companies to run private prisons, then these must maintain high standards of transparency and accountability to taxpayers. In 2007 Senator Joseph Lieberman of Connecticut introduced a bill that would have required private prisons to comply with the Freedom of Information Act. This bill should be reintroduced in the 113th Congress.

As for the economic benefits of privatization, studies reveal that private prisons offer few savings, if any. Arizona’s State Department of Corrections reported in 2011 that inmates in private prison can in fact cost $1,600 more per person per year. Private prisons can appear to be saving money because contracts typically shield them from having to accept inmates who are more expensive to house, whether for security or health reasons.

In 2000 the U.S. bishops issued a statement on crime and criminal justice that offered a compelling moral vision of justice and mercy, punishment and rehabilitation, accountability and forgiveness. It remains relevant today. “We call upon government,” wrote the bishops, “to redirect the vast amount of public resources away from building more and more prisons and toward better and more effective programs aimed at crime prevention, rehabilitation, education efforts, substance abuse treatment, and programs of probation, parole, and reintegration.” Such measures are long-term investments that will help avoid the extraordinarily high costs associated with mass incarceration.

The bishops also addressed the use of private prisons, questioning their efficacy. “The profit motive may lead to reduced efforts to change behaviors, treat substance abuse, and offer skills necessary for reintegration into the community,” the bishops wrote.

In a time of overcrowded prisons and budget constraints, governments must reject the misguided solution of privatization. Instead of embracing a system with an incentive to keep prisons full, the nation should focus on reducing recidivism through effective preventive and rehabilitative programs that are more in tune with our nation’s values.

Show Comments (
4
)
Comments are automatically closed two weeks after an article's initial publication. See our comments policy for more.
Beth Cioffoletti
7 years 8 months ago
Sounds to me like the bishops need to issue a new statement on crime and criminal justice. Since 2000, when the last statement was issued, more and more prisons have become privately run, for-profit, institutions. In essence, the warehousing of human beings so that somebody else gets rich. It is the institution of slavery in another form.
Bernard Campbell
7 years 8 months ago
Episcopal statements are fine. But, as all too often happens these statements usually can be compared to echo chambers in which the Bishops are the only ones who hear or read these comments. Unfortunately, these fine statements get no traction in their own Dioceses? Most likely their statements will never get much attention. One reason for the contemporary public's disinterest by many is that the church statements seem to demand conformity and almost never conversation. For example, being critical in the Church is compared to rejecting "apple pie or motherhood." Yet, since for the past 16 consecutive years as a volunteer I have served in a major state correctional facility, I will make an effort to read this Episcopal statement. I welcome the Bishops' efforts to address societal controversies and public efforts to create a more just and Christ-like society.
Bernard Campbell
7 years 8 months ago
It seems to me that to make a profit from criminal behavior conflicts with the purpose of incarceration. That is the only difference between private and public management of incarceration facilities. They both should be accomplishing the same goal, namely rehabilitating the inmate. Private ownership, however has only one goal, namely, to make a profit. If the privately run incarceration facility has shares on the market, then prison only goal is to make a profit for the share holder. I am vey ambivalent with the contemporary efforts to make all hospitals, residence for the elderly, schools (charter, et ali), etc. into profit oriented services. It seems that this trend can and will lower the quality of our society's life style?
Patrick Veale
7 years 8 months ago
Governor Scott has just privatized the medical care of prisoners, laying off 400 workers. Since he made his money in the medical business we can only imagine who got this little plum. But more importantly, when medical services are run purely for profit, is it not normal that the patient should not be cured. There's an old joke about a doctor who saved to send his son to medical school and when the youngster graduated the dad took a vacation. when he got back he asked the lad if everything went well. "Oh," said the lad, "Not only did everything go well, but that rich old man whose leg you have been treating for years, I cured it." "You fool," the dad replied. " That leg sent you to school, and i was depending on it for my retirement."
Advertisement

This article also appeared in print, under the headline “Conflict of Interest,” in the January 7-14, 2013, issue.