The Diversity of Creaturely Life 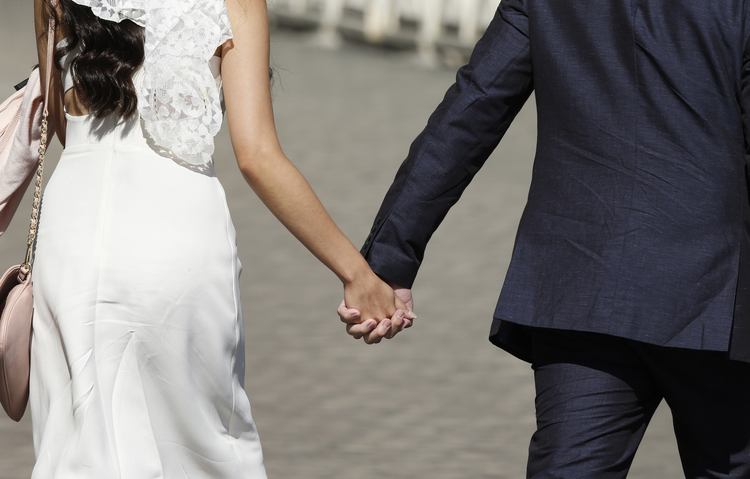 In the lead-up to the encyclical a number of friends, colleagues, and pundits have wondered what place teaching on gender and sexuality would occupy in Pope Francis’ treatment of faith and ecology. If the question seems a strange one it is not without warrant. Building on John Paul II’s connection of environmental stewardship to more recognizable “life issues,” Benedict XVI often paired calls for responsibility in “natural ecology’ strictly speaking with care for “human ecology,” or the nature of the human person. Reaffirming that human beings are created “male and female” (Gen 1:27), he linked appreciation for the Creator’s design not only to energy use and pollution but also to the moral imperative to preserve sexual difference. Francis’ own fraught statements concerning gender and his comment, “Who am I to judge?” regarding LGBT persons furnish a more proximate backdrop. So, too, the recent Synod on the Family. Would Francis’ document occasion any clear statement on these freighted social issues?

It may be a telling response that "Laudato Si'" doesn’t offer much. In an initial summary of previous papal contributions, Francis cites a line from Benedict’s "Caritas in Veritate": “The book of nature is one and indivisible: it takes in not only the environment but also life, sexuality, marriage, the family, social relations…” (No. 6). This passage was a platform for Benedict’s tendency to support environmental care with one breath and condemn same-sex relationships in the next, as in his September 2011 address to the German Bundestag. Here the unity of nature receives no such exposition. Francis’ concern for “integral ecology” as layered patterns of relationship instead overwhelmingly points back to the socio-political, cultural, and ecological stakes of poverty.

While "Laudato Si'" affirms Catholic teaching against artificial birth control and abortion, the only specific comment on gender or sexual identity is brief and somewhat oddly positioned at the close of a section on the “ecology of daily life.” Following a more substantial treatment of urban planning and the realities faced by the poor comes a reflection on bodily interaction with one’s environment as a facet of “human ecology.” Then this: “Also, valuing one’s own body in its femininity or masculinity is necessary if I am going to be able to recognize myself in an encounter with someone who is different. In this way we can joyfully accept the specific gifts of another man or woman, the work of God the creator, and find mutual enrichment” (No. 155).

How should we read this rather broad claim about gendered identity and interaction? Francis ends the paragraph with a clue, citing his general audience on April 15 of this year: “It is not a healthy attitude which would seek ‘to cancel out sexual difference because it no longer knows how to confront it’” (No. 155). In that address, Francis criticized gender theory when laying out "the difference and complementarity between men and women" as a basis for reflecting on the sacrament of marriage within “the beauty of the Creator’s plan.” He echoed these themes in a defense of children’s need for heterosexual parents following Rome’s gay pride parade just a few days ago.

It would therefore be a mistake to see the seeds of any radical departure from magisterial teaching on gender and sexuality in Francis’ text. A general, natural law-based statement in favor of gender essentialism is unsurprising. Nevertheless, interpretation must attend to specific silences, or in this instance, relative quiet on sexuality against the resounding demand for economic and ecological justice, cultivated at both personal and political levels. In a sense, then, the cards are drawn but the hand is not played. Within the development of papal teaching on “integral ecology” this may be a notable move.

Moreover, it may allow for other inquiries regarding the shape of human ecology. For instance, let’s take the pope’s keen insistence on the interconnections not only within ecosystems, but also among scientific, economic, political and cultural approaches to their functioning. Then there is Francis’ beautifully mystical spirituality of nature. He reminds us that humans, like all creatures, are of dust, “our very bodies made up of [earth’s] elements” (LS 2; Gen 2:17). These are precisely the bodies in which “each creature bears in itself a specifically Trinitarian structure” (No. 239) and in which a human person “enters into relationships, going out from themselves to live in communion with God, with others and with all creatures” (No. 240). Yet this complex interpretive dynamic falls by the wayside around certain aspects of embodied life; what might result from a more consistent interdisciplinary treatment of gender and sexuality as elements of the manifold diversity of creaturely life?

Elizabeth Pyne is a PhD candidate in theology at Fordham University.

Elizabeth Pyne
Show Comments (
3
)
Comments are automatically closed two weeks after an article's initial publication. See our comments policy for more.
Luis Gutierrez
6 years 1 month ago
Very insightful article. Note this at the beginning: "We have forgotten that we ourselves are dust of the earth (cf. Gen 2:7); our very bodies are made up of her elements, we breathe her air and we receive life and refreshment from her waters." (LS 2) This is about the original unity of man and woman in one and the same embodied human nature, i.e., humans are rational animals made of *body and soul.* Then the statement in LS 155 can be understood as *unity in diversity,* with sexual differentiation being the primordial form of diversity; a diversity that does not cancel the unity but, rather, enriches it. This is the "communion of human persons" in the image of the communion of divine persons in the Trinity, also extensible to the communion between the human family and the entire community of creation. This balance between *unity and diversity* is fully consistent with John Paul II's Theology of the Body, which surely informs Pope Francis' understanding of gender relations. But, with regard to "gender ideology" issues, isn't traditional patriarchy a form of gender ideology as much as modern feminism is? The question at the end of the article is key, and is also my question: "what might result from a more consistent interdisciplinary treatment of gender and sexuality as elements of the manifold diversity of creaturely life?" Section 50 requires further clarification. In terms of the ecological crisis, everyone knows that the quantifiable issue is the product of population and consumption, not just consumption. Even is humans could survive consuming nothing, if we have *bodies* we need space, so infinite population growth in a finite planet is a mathematical impossibility. Avoiding issues of human sexuality is understandable, but sooner or later the Church will have to face the music. If there is wide consensus about the gravity of climate change, there is even wider consensus that gender equality is key for integral ecology and integral human development. Granted that *irresponsible* recourse to artificial birth control and abortion are not morally permissible solutions, patriarchal gender ideology is also an obstacle to responsible parenthood in *both* the domestic church *and* the hierarchical church. One small sign of hope is that "men and women" is consistently used in place of the presumably generic "man." But the male-only hierarchy, which is not divine law, must be reformed by ordaining married women to the diaconate and celibate women to the priesthood and the episcopate. Celibacy is not divine law either, but can be reconsidered once the fundamental issue of women in holy orders is resolved. Else, the credibility of this encyclical will suffer, and the entire body of Christ will continue to suffer. Is it naive to hope that the forthcoming synod of bishops might consider both the family and the Church as a family, including the need to have both *fathers* and *mothers* in the church hierarchy?
Suresh Nath
5 years 3 months ago
With best compliments from Packers and Movers
Amit Nehra
5 years 3 months ago
You have shared very nice information regarding this social media. Really I got some new things from here. Movers And Packers Pune