Skip to main content
Of Other Things
November 9, 2015 issue 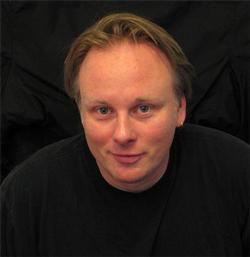 How is it possible that one of the most interesting revelations in a memoir by a legendary rock star has nothing to do with sex and drugs at all but involves a Jesuit poet? When the artist in question is Elvis Costello, expecting the unexpected is simply part of the territory. His memoir, Unfaithful Music & Disappearing Ink, is an engaging, impressionistic glimpse into the life and work of a modern master who is arguably the greatest songwriter of his era.

Early on in Costello’s massive, 670-page tome (he is nothing if not wordy) he expresses sympathy for the teachers in his all-boys Catholic high school, St. Francis Xavier’s College in Liverpool. “I wouldn’t have wanted to drill an appreciation of the poetry of Gerard Manley Hopkins into our unwilling heads,” he says. “They taught us about ‘sprung rhythm’ and made us recite: ‘Glory be to God for dappled things—/ For skies of couple-colour as a brinded cow.’”

Hopkins himself briefly taught in the same school, and the fact that his ghost still loomed large 100 years later seems oddly appropriate. It isn’t much of an imaginative leap in my mind to collapse time and envision Hopkins, the brilliant, sensitive, depressed young poet with a beautiful gift for language, being tortured in the classroom by the exceedingly clever and bold Declan Patrick McManus—Costello’s given name—when he was there in the early 1970s.

A few years later the world was introduced to his own brilliant facility with words when his first album, “My Aim Is True,” was released in 1977. He exploded onto Britain’s punk and new wave music scene in awkward horn-rimmed glasses and jacket looking like a cross between a nerdy literature major and a prickly, gap-toothed Buddy Holly. If Joe Strummer of the Clash was the fiery conscience of the movement, Costello was certainly its angry intellect.

During a five year period (1977-82) Costello—along with his incredible backing band, the Attractions—released seven legendary albums that ranged stylistically from hyperkinetic, punky rave ups and blue-eyed soul to torch songs and traditional country. He was Generation X’s Bob Dylan: a chameleon whose ambition, intelligence and ability to confound audience expectations seemed boundless.

As Unfaithful Music makes clear, however, the awkward, punky misfit character he created at the beginning of his career was simply a convenient persona. Behind the disguise was an only child who—thanks to his father, a successful British dance band singer—possessed a nearly encyclopedic knowledge of vast amounts of music. Costello’s passion for everything from Schubert and Louis Armstrong to the Beatles and Abba is disarmingly sincere and unabashed.

Since Costello’s early brushes with pop stardom, he has gone on to collaborate with iconic stars like Paul McCartney and the country legend George Jones. He has written classical chamber pieces with the Brodsky Quartet, songs with Burt Bacharach and an album with the hip-hop innovators the Roots.

But such eclectic interests can have a shadow side. In Cinema of Outsiders, Emanuel Levy says of the Coen brothers: “Each of their films pays homage to a classic Hollywood genre, with a knowingness born of numerous hours spent in the dark. The Coens are clever directors who know too much about movies and too little about real life.” The sheer volume and variety of Costello’s musical output coupled with his facile gift for wordplay could make him susceptible to a similar charge in terms of music.

Unfaithful Music & Disappearing Ink, however, offers us a window beyond Costello’s public persona that humanizes the “clever” technician. He spares us the utterly predictable rock star stories in favor of more substantial revelations. The punk poet who was once simply the smartest songwriter in the room has evolved. As a 61-year-old meditating on his own deep failings and the recent loss of his beloved father, he seems to be pondering different questions and writing songs like “Stations of the Cross” and “Bedlam,” the latter containing a verse that only a lapsed Catholic schoolboy could write:

And everything thatI thought fanciful and mocked as too extreme

And I’m practicing my likeness of St. Francis of Assisi.

And if I hold my hand outstretched

This article also appeared in print, under the headline “Deep, Dark Truthful Memoir,” in the November 9, 2015, issue.