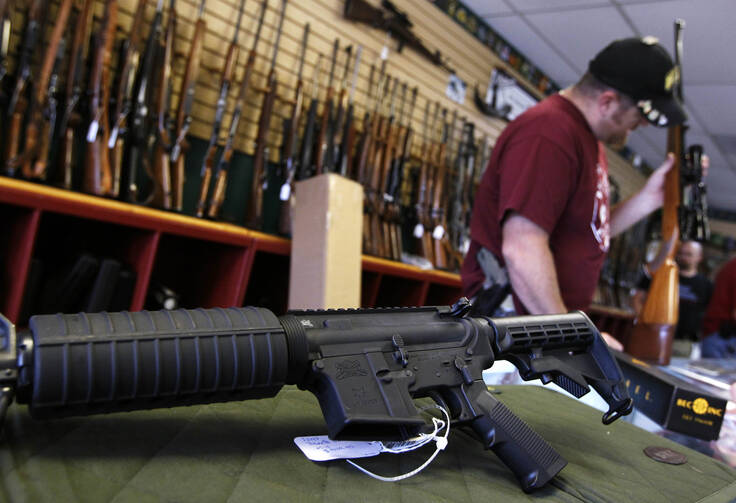 Which is more deplorable: the National Rifle Association’s vicious attacks on Dr. Vivek H. Murthy, 36, whom President Obama has nominated to be surgeon general, or the timidity of the senators who genuflect to the N.R.A. and promise to vote against his nomination?

Born in England to parents from India, who moved with him to Florida when he was three, Dr. Murthy holds a biochemical sciences degree from Harvard University along with a medical degree and an M.B.A. in health care management from Yale. While he is regrettably pro-choice, he has served as a presidential adviser on public health, started a community health center in India and is a leader in AIDS education. Today he is a doctor at Brigham and Women’s Hospital in Boston and teaches at Harvard Medical School.

What prompted the N.R.A. to send an “alert” to millions of adherents that called for his defeat? First, Dr. Murthy had organized doctors to support the Affordable Care Act. Second, drawing on experience in emergency rooms, he favors restricting the sale of assault weapons and ammunition. But he has told Congress that if confirmed, he would emphasize not gun control but obesity, tobacco-related disease and mental health.

Although the N.R.A. usually has little effect on congressional elections, local candidates rely heavily on its contributions and shake in fear that it will unleash its propaganda against them as it is doing to Dr. Murthy today.

Faithful to the Last

He fought the good fight, he finished the race, he kept the faith. Bishop Joseph Fan Zhongliang of Shanghai, like many others of his generation, stood unflinching against the People’s Republic of China. Bishop Fan, a prominent leader of China’s underground Catholic community, died after a brief illness on March 16. He was 95. Bishop Fan was ordained a Jesuit priest in 1951. He refused to recognize the government-controlled Chinese Catholic Patriotic Association and remained true to the leadership of his church in Rome.

This fealty came at great personal cost to Bishop Fan. From 1958 to 1978, he was imprisoned in a hard labor camp in Qinghai Province. After his release from prison, Bishop Fan was allowed to return to Shanghai. But he was never allowed to assume the episcopal positions to which he had been appointed by the Vatican.

Where will the church again find leaders like Bishop Fan? Perhaps within a new generation of China’s tiny Catholic population. When the Beijing- and eventually Vatican-approved Bishop Aloysius Jin Luxian passed away in April 2013, Bishop Thaddeus Ma Daqin was appointed his successor by Beijing. But Bishop Ma dramatically split with China’s “official” Catholic Church, renouncing his position within the Catholic Patriotic Association. He was stripped of his title of auxiliary bishop and is believed to be confined since then to a seminary on the outskirts of Shanghai.

The Cardinal Kung Foundation, noting the passing of now both the underground and the “official” bishops of Shanghai, is urging Beijing to release Bishop Ma to his duties in Shanghai. This would be a welcome turn, but the Catholics of Shanghai will not lack for leadership either way. Free or confined against his will, as Bishop Fan has already demonstrated, a bishop still leads them.

According to a recent article in The New Yorker (“The Neglected Suicide Epidemic,” 3/14), the number of people who contemplate suicide is on the rise. In a French medical study of 15-year-olds, 21 percent of girls and 9 percent of boys attempted suicide last year. In the United States, suicide is the third most common cause of death among young people. This worrying trend among young people deserves more attention.

The Centers for Disease Control, the International Association of Suicide Prevention and other organizations rightly point to the psychological troubles behind suicide. Various churches are working to combat these factors. Acknowledging widespread despair and loneliness among people today, Pope Francis publicly noted shortly after his election that we as a people of faith need to reach out to all who are suffering, particularly the young and the aged.

The New Yorker article recounts the stories of two men. One was a 20-year-old who was about to jump into the River Thames until a man stopped to chat with him, offering him coffee and encouragement. This seemingly providential act prevented a likely suicide. It was a happier outcome than what happened on the Golden Gate Bridge in the 1970s. When officials went to examine the apartment of a man who had jumped to his death, they found a note. If someone came and “smiled” at him, the jumper had written, he would not go through with it. We need to heed the command of the Gospel and reach out to those who are in difficult straits. Mercy can do wonders, and “an act of kindness is never lost.”

The Editors
Show Comments (
2
)
Comments are automatically closed two weeks after an article's initial publication. See our comments policy for more.
William Atkinson
8 years 8 months ago
If the Church would assign Archbishops and Cardinals by world population instead of favorable church areas, China would have at least 25 Cardinals, the real representatives at the Vatican, Like wise the Americas would lose 2 cardinals in the 400 mile region of NY City and these Vatican, representatives of the Holy Sea would be approximately perportioned according to world populations, There are 40% of Catholics in America with no representation at the Vatican, (There are no Cardinals west of the Mississippi where 40% of Americas catholic population exists, and no minority Cardinals in North America). If this trend of making Cardinal according to catholic populations and specific to Irish and Italians, the church would not only represent the world as a whole, but the world catholics would become 1/2 the world population. Where the sheperds are is where the flocks would be.
Paul Stolz
8 years 8 months ago
Yes, "regrettably he {Dr. Murthy] is prochoice". I think its more regrettable that many Catholics can overlook that and get more worked up about gun control. Apparently the made up constitutional right to kill an unborn child is less distressing than the actual 2nd amendment. Instead of condemning the NRA for good political activism (You failed to note what was so "vicious" about it) Catholic and other prolife should take a lesson from the NRA. While they fought to protect their constitutional right to bear arms, the Catholic church as well as the editors of America magazine choose not to protect the unborn. Regrettable.