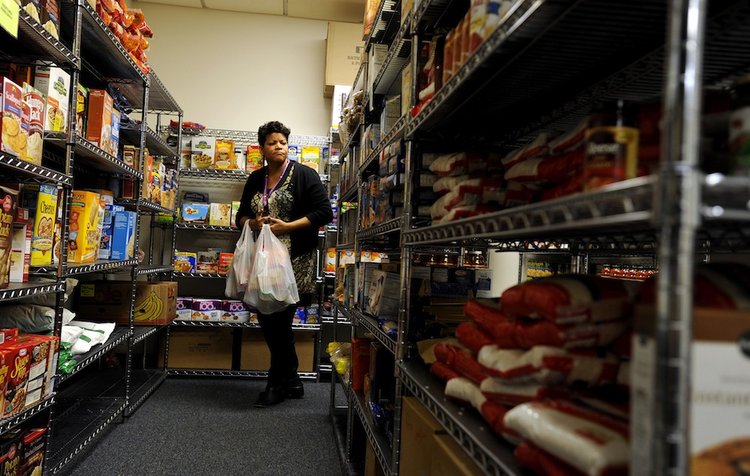 The Institute of Mechanical Engineers wants you to listen to your mother. More specifically, a report issued by the group urges consumers to follow the traditional yet increasingly urgent plea heard at dinner tables everywhere: Stop wasting your food.

"Global Food: Waste Not, Want Not,” reports that up to half of the four billion tons of food produced each year worldwide is wasted. In many developing nations, inefficiencies in farming techniques, transportation and refrigeration cause food to go bad before it ever reaches a market. In countries like the United States and the United Kingdom, it is not the infrastructure that is a problem so much as the attitudes of consumers. More often than not, both consumers and purchasers reject imperfect-looking but perfectly edible produce, and consumers allow food to rot in refrigerators at home.

Americans often view food as a low-cost commodity, in some cases with good reason. The report states, for example, that between 2008 and 2010 the price of cereal remained relatively static. When inflation is considered, the cost per pound actually decreased. But the report argues that, given the current and projected economy, food prices are likely to rise and “waste control programmes will be much more beneficial in economic and political terms.”

Improved infrastructure and technology can go a long way to help developing nations waste less. But citizens of developed nations must overhaul the way they plan meals and purchase food. Huge amounts of land, fertilizers and water are used to produce the food we eat. When we allow good food to go bad, we are not just wasting the energy the food could have provided to consumers, but the energy used to produce it as well.

In 1968 Dr. Paul Ehrlich cast a Malthusian gloom over the American psyche with his book The Population Bomb. The bestseller issued a series of dire warnings about looming famine, scarcity and instability driven by unrestrained human population growth. These days, however, an emerging actual population threat might inspire a different title to an Ehrlich follow-up: “Population Bust.”

The U.S. Census Bureau estimates that the world’s seven-billionth human entered this vale of tears sometime in March 2012, double the population in 1968. But for the first time in human history the number of years required to add that next billion did not decrease; it lengthened, from 12 years to 13. Population growth is slowing so quickly, in fact, that within the lifetime of some of the earth’s current human inhabitants, the total world population will begin shrinking. Societies worldwide are coming closer to the “replacement rate” of 2.1 live births per woman. confronts a population reduction of 110 million, from 460 million to 350 million, by the end of the century. Population losses will be even more severe in other nations: , , .

The population for years has been held up only by higher birthrates among immigrant families; but that demographic factor, perhaps owing to the Great Recession, has collapsed, and in 2011, the recorded its lowest birthrate ever. For decades the developed world has agonized over the threat of overpopulation. The emerging numbers suggest, however, that a self-propelling cycle of underpopulation will prove a far more existential threat to the future of humanity.

“How will this conflict end?” Speaking about the ongoing “war on terror” at the Oxford Union in November 2012, Jeh Johnson, then general counsel for the U.S. Department of Defense, raised this critical question. Mr. Johnson warned, “In its 12th year, we must not accept the current conflict, and all that it entails, as the ‘new normal.’” Rather, “there will come a tipping point” when the “armed conflict” should be considered concluded.

Two particular issues, civil liberties and financial burden, should push Americans to favor quickly ending this global war and returning to a more customary legal framework for its counterterrorism effort.

In the days following the attacks of Sept. 11, 2001, Congress granted extraordinary wartime powers to the president. More than 11 years later, the commander-in-chief continues to treat the entire world as a battlefield through an increasing number of drone strikes, carried out in secret, in countries like Pakistan, Somalia and Yemen. At home, key provisions of the Patriot Act as well as warrantless surveillance continue to be renewed.