The Communion of Creation: From John Paul II and Benedict to Francis 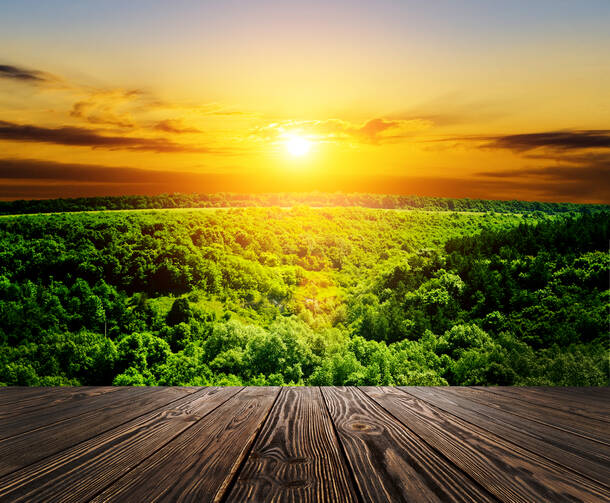 In many ways, Pope Francis’ long-awaited "Laudato Si'" continues and develops the tradition that St. John Paul II and Pope Emeritus Benedict XVI established, yet in significant ways it also marks a bold and fresh direction for Catholic social teaching on ecology. On the one hand, thematic continuities with his predecessors abound: for example, after conducting an overview of global environmental conditions, Francis demonstrates that these problems are real, grave and demand immediate action (No. 61). Francis affirms the unique and infinite dignity of the human person, and of the privileged place of humanity in creation (No. 65). Of special concern are the poor and future generations, and Francis rejects any “green rhetoric” that aims to conserve nature but ignores the plight of poor: “A true ecological approach always becomes a social approach; it must integrate questions of justice in debates on the environment, so as to hear both the cry of the earth and the cry of the poor” (No. 49).

Francis lambasts the rich who justify their consumptive lifestyles, while the majority of the world’s population remain voiceless in international discussions about economics, geo-politics and ecological destruction (No. 49). Negative environmental impacts are often experienced disproportionately by the poor and by developing nations, and this is clearly true of climate change, in which those who suffer most are the least responsible for bringing it about (No. 25, 170). Thus Francis underscores the inseparable link between social justice and ecological justice: “We are not faced,” he writes, “with two separate crises, one environmental and the other social, but rather one complex crisis which is both social and environmental” (No. 139).  Hence we need an “integral ecology” that sees all these concerns as part of one interconnected whole (No. 138). Francis exhibits a similar skepticism of free-market capitalism and its excesses, and ideologies of growth and progress that do not respect the Earth’s limits, that encourage wasteful consumption, and still have not eliminated poverty. He calls for a new understanding of the human person and the development of an “ecological culture,” “a lifestyle and a spirituality which together generate resistance to the assault of the technocratic paradigm” (No. 111). In all these ways, Francis reiterates and amplifies the tradition that came before him.

Yet as we have seen from this pope in other areas, there is also a shift in tone, and I would contend a movement toward a vision that many Catholic eco-theologians have been articulating for several years. More so than previous papal documents, "Laudato Si'" fervently rejects anthropocentrism (No. 67), stresses “a sense of deep communion with the rest of nature” (No. 91), and celebrates rapturously the goodness of creation and of each creature, loved in its own right by God.

The text begins with the pope’s namesake, St. Francis, and his famous “Canticle of the Creatures,” in which our Earth, “our common home,” is not simply a resource but “a sister with whom we share our life and a beautiful mother who opens her arms to embrace us” (No. 1). Every creature, Francis insists, is “the object of the Father’s tenderness,” and even if a creature has only “a few seconds of existence, God enfolds it with his affection” (No. 77). Human beings are called to mirror this love, to “love and accept the wind, the sun and the clouds, even though we cannot control them.” Indeed, Francis even says that “we can speak of a “universal brother- and sister-hood” (No. 228).

While St. John Paul II and Pope Emeritus Benedict XVI affirmed the intrinsic value of nonhuman creatures and exhorted respect for the grammar of creation, Pope Francis incorporates the goodness of the cosmos into the core of a Catholic approach to ecology (No. 236). Reverence for creation allows awe and wonder (No. 11) to penetrate into our hearts and calls us to a “universal communion” (No. 76), to kinship with all creatures, to a sense of belonging and rootedness (No. 151), and to joy in the cosmos. After all, the final aim of an encyclical on ecology is not just sustainable economies and immediate international action on climate change but also the praise and worship of the Creator (No. 87).

Francis concludes the encyclical with two stirring prayers, which clearly manifest the spiritual depth of a Christian and religious approach to ecology. The moral will required to respond to climate change and other ecological threats may just sprout from a posture of prayer that sees the Earth, its ecosystems, and its many creatures as loved by God, as sisters and brothers. It may also return us to the fullness of our humanity by helping us to see the resplendent beauty of the world, of which we are a part:

Teach us to discover the worth of each thing,

to be filled with awe and contemplation,

to recognize that we are profoundly united

as we journey towards your infinite light.