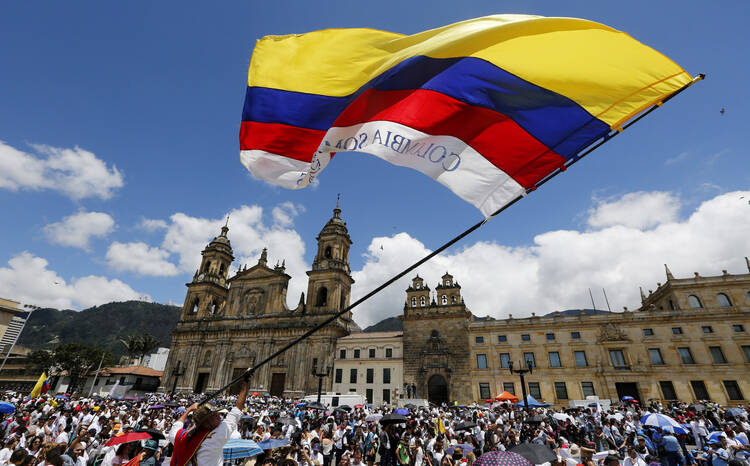 It has been 52 years since the Revolutionary Armed Forces of Colombia, or FARC, first began its military campaign against the nation’s government. This long-running conflict, the longest in the Western world, which has left over 220,000 dead and five million displaced, may finally be coming to an end. Though the two sides missed a self-imposed deadline on March 23 to strike a deal, government and FARC leaders seem confident an agreement is within reach.

In April Juan Manuel Santos, the president of Colombia, announced the creation of a cabinet-level position for peace and post-conflict management in anticipation of a deal with FARC. Meanwhile, Pope Francis has pledged his support for the peace process and said he would visit Colombia when an agreement is signed. (He did not agree to a request to meet with FARC leaders in September in Havana, because of his busy schedule.) The United Nations is also preparing for an eventual settlement; in January all 15 members of the Security Council approved the creation of a commission to monitor the disarmament process following an agreement between the two parties.

There are reasons to be cautious despite these positive signs. FARC has voiced concern that it could be the target of attacks by paramilitary groups if it renounces hostilities  and lays down its weapons. Meanwhile, the government is engaged in a second set of peace talks with the National Liberation Army (E.L.N.), the second-largest guerrilla group in Colombia. The talks were announced only in March, and it could be years before any significant progress is made. (Negotiations with FARC began three years ago in Havana.) Maintaining the terms of an agreement with FARC while negotiating with the E.L.N. will be extraordinarily difficult.

Any peace deal will need a wide base of support in order to succeed. Fortunately, Colombia is not alone; several Latin American countries have lent their support to the ongoing negotiations. Ecuador, Venezuela, Brazil, Chile and Cuba have agreed to act as guarantors for the talks with the E.L.N., and the first meeting will take place in Ecuador in May. Meanwhile, the government of Colombia is trying to recruit local business leaders to weigh in on the framework for the negotiations with the E.L.N. Many of Colombia’s citizens are understandably wary of the rebel groups, who have used kidnappings and the drug market to fund their operations. Yet E.L.N. leaders are eager to engage with all segments of Colombian society, not just the government, as they work on an agreement that reflects their hopes for the future of Colombia. This process is in keeping with recommendations from the Colombian bishops’ conference, which has argued that any deal must be negotiated and not imposed by the government.

FARC and government leaders have already agreed on several points of contention in their negotiations. The rebels have consented to give up the drug trade, and the government has sketched out a plan for FARC’s political inclusion, a key development in a country with a history of marginalizing voices from the left. Meanwhile, the two sides have agreed to a mechanism to locate and exhume the remains of the 77,000 people who were “disappeared” during the generations-long conflict.

Additional issues need to be addressed to maintain long-term stability. Colombia is home to the second largest internally displaced population in the world, behind Syria. The conflict has forced millions of people from their homes, mostly in rural areas. Some of these families have emigrated to neighboring countries, but many remain within Colombia. Catholic Relief Services, in conjunction with the local church, has provided support to these communities for over 50 years, especially for farmers who struggle to make a living in urban areas. That work will have to continue.

A few lessons can be gleaned from the journey thus far. For one, the United States need not always serve as the peacemaker in chief. Though the Obama administration has supported the peace process and appointed a special envoy to Colombia for this purpose in 2015, the peace talks have been largely led and supported by Colombia’s Latin American neighbors. Colombia has also worked hard to incorporate rebels into their society. Starting in 2003, Colombia has sponsored a program to disarm rebels and help them make the transition to a new life. At the House of Peace, former rebels are offered food and board and given courses in math and reading. About 49,000 rebels have gone through the program, 25,000 have learned to read and write and 12,000 now enjoy the rights of citizenship. Finding a home for former rebels in a new Colombia and working to end the economic inequalities that fueled the conflict for so long will be critical to a just and lasting peace.

The Editors
Show Comments (
1
)
Comments are automatically closed two weeks after an article's initial publication. See our comments policy for more.
Gabriel Marcella
6 years 1 month ago
Events are hopeful, but much work lies ahead. An important breakthrough and perhaps the biggest obstacle to peace and reconciliation is the task of transitional justice. The agreement struck last year affirmed that crimes by all armed actors against humanity, genocide, and serious war crimes cannot be legally pardoned and will be prosecuted. In addition, the 7.6 million victims must receive justice, and guerrillas must surrender weapons and be reincorporated into society within 60 days after the termination of the conflict. FARC accepts the authority of the Colombian state and the concept of alternative sentences that will restrict the movement of ex-guerrillas. If they admit wrongdoing and tell the truth about their crimes, defendants can have sentences reduced to 5 years. If not, it's 20 years. This is a creative peace process that recognizes the realities of Colombia. The concern is about the future: Will the various elements of the peace be implemented effectively, given the weakness of Colombia's institutions and hard feelings that have accumulated for generations.