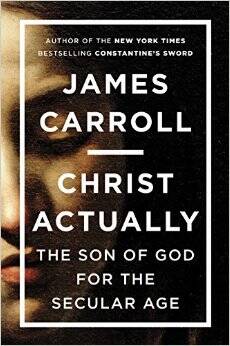 This is the third selection in our series of modern books about Jesus. You can find the first two selections and see future picks here.

Recently, I participated in a thoughtful conversation about two early 20-century American prelates, William Cardinal O’Connell of Boston and George Cardinal Mundelein of Chicago. During their reigns, the two men strove to put Catholicism on the map in Boston and Chicago. They consolidated their archdioceses, applied modern business practices to their diocesan operations and strengthened and expanded the Catholic institutions under their control. Both men built up the confidence of American Catholics—still outsiders in a Protestant country—by their own strident, triumphant personalities and by their well-publicized dealings with local, even national, Catholic and non-Catholic elites. Both men drew from a store of confidence fed by a bottomless certainty that the Catholic Church—her doctrines, traditions and teachings—were unfailingly true. O’Connell and Mundelein were certain that they grasped the truth about God and, therefore, everything else.

Interestingly, both men died before the full horror of the Holocaust came to light and the slaughter at Hiroshima and Nagasaki took place. Mundelein died in 1939, and O’Connell in 1944. They were not fully cognizant of the massive human suffering brought on by World War II and its scale of violence. These two events haunt modern human life. They also haunt modern religious thought—or, at least, they should. Aside from scientific and rationalist challenges to faith in God in the modern or postmodern world, there are also the ethical ones: war, sex abuse, bigotry and grinding poverty to name a few. Yet, the Holocaust and the atom bomb haunt us in their vividness, their stark concreteness. These events haunt James Carroll, the author of March’s Catholic Book Club selection, Christ Actually, and they inspire him to reimagine not these events in the light of Christ but Jesus Christ in the light of these events.

I begin my introduction to Christ Actually with two men that, most likely, would make Carroll cringe. But, I begin with them because I believe Carroll would be most scandalized not by the scandalous spending and—particularly with O’Connell—the moral failings of these two men, but with their certainty in knowing whom Jesus Christ was actually. The certainty of the traditional Christian story and the confidence with which Jesus is depicted as the principal hero of that story erode, so Carroll argues, in light of the history of two thousand years of anti-Judaism as well as the modern phenomena of the Holocaust and the atom bomb. Such haunting realities should erode the certainty—not of faith—of who Jesus Christ was actually and how contemplation of Christ-actually might affect our ordinary lives as Christians.

Carroll’s portrait of Christ-actually begins with the following principle and three experiences which I will try to describe below. First, the principle:

Awareness of the moral legacy of the Shoah and a felt sense of the radical contingency of life under the threat of the genocidal weapon have largely altered understandings of the human condition itself. The premise of this book is that those recognitions should therefore by now have equally changed the way Jesus Christ is thought of, by believers and nonbelievers alike. No such transformation has taken place. Yet Jesus has become a problem across boundaries of faith and skepticism, the problem with which this book wrestles (28).

Carroll argues quite convincingly that Jesus was a Jew. We know this as reflective, modern Christians. However, Jesus’ Jewish-ness was not part of the certain Christology that O’Connell and Mundelein or their era shared. Furthermore, there is a difference between knowing something and dwelling on it so that one knows it actually. Carroll offers a historical-critical portrait of Jesus that takes Jesus’ Jewishness seriously in and of itself rather than in contrast to certain adherents of Judaism within his historical context. Carroll also helps the modern reader understand the violence absorbed by Jews in their defiance of Seleucid and Roman occupation and oppression from the second century BC to the second century AD. At various points in those 400 years, thousands of Jews were killed, crucified even, for defending their land and Temple. Jesus lived in the midst of such spasms of violence.

Furthermore, the Gospel of Mark was composed coincident with the cataclysmic event of the destruction of the Jerusalem Temple. Indeed, Christianity initially emerged in the heart of Judaism and began to identify itself apart from Judaism only in the aftermath of the actual destruction of the Temple. Carroll’s synthesis of modern scholarship on Daniel’s apocalypticism to Paul’s letters to the Gospels and various first century sources—Josephus, Dio Cassius and the Qumran writings—is thorough, lucid and provocative. I learned a great deal by his presentation. Carroll’s portrait of Peter (a man always battling against fear) and Paul also enrich one’s understanding of the early Christian church and its subsequent antagonism toward Judaism. In short, the violence that Jews suffered in the decades surrounding the life and death of Jesus is breathtaking. Jesus suffered not only as redeemer, but he suffered as a Jew. And, what is more, Jesus, in his Christ-ness, was Jewish actually.

Three experiences underpin Carroll’s consideration of Jesus. The first is Dietrich Bonhoeffer’s. Carroll’s title comes from Bonhoeffer’s writings as a Nazi prisoner. Carroll quotes from Bonhoeffer’s letters published after the war: “‘What keeps gnawing at me is the question, What is Christianity, or who is Christ actually for us today?’” (3-4). For Bonhoeffer, ‘today’ means in the light of the monstrosity and distortion of Nazism. Bonhoeffer’s question is the backbone of the book.

Carroll’s own experience also fuels such questioning. He speaks how a distorted view of Jesus—instilled in him at an early age—marred and scarred his relationship with God. As he grew in wisdom and experience, the certainty with which Carroll grasped Jesus was shaken by modern accounts of Israel’s suffering so hauntingly narrated in the accounts of Anne Frank and Elie Wiesel. Carroll’s certain portrait of Christ suddenly cracked in the encounter of these two Jews who suffered so much in the Holocaust. As his faith developed further, Jesus’ Judaism became, for Carroll, the beginning of a more comprehensive and palatable conception of Jesus Christ actually. And while many of the details of his depiction of Jesus, particularly the resurrection, will remain quite controversial to orthodox Catholics, Carroll’s book helps to cultivate one’s further, more expansive, more thoughtful, encounter with Jesus Christ actually.

I offer three questions for discussion; however, I invite all feedback and opinions about the book:

I tend not to read older books by priests who were elevated to bishops and who wrote them for eras gone by. With the new Pope and contempletive well educated and loyal priests who are cheering him on (i.e.) Richard Rohr. I find that that looking at what Jesus says in the Scripture and contemplating in how I may emulate Him by my encounters with other people is the best plan for me to be effective here and now. This allows the spirit who knows me better than I do myself can tell me what I should do (or to be because action is not always appropriate). You can read these old books and get some ideas but like some Old Testement Scripture compared to New Testement you have to let our exanded consciousness tell you what is apprpriate to know and incorporate into our own belief and what is not. Thanks for asking.