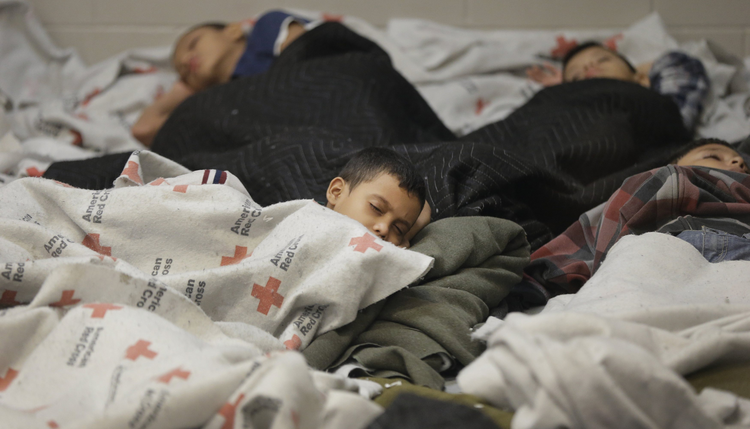 Though a comprehensive immigration reform package was passed by the Democratic-controlled Senate more than a year ago, the legislation has completely stalled in the Republican-controlled House of Representatives—not least because of the efforts of the House majority leader, Eric Cantor of Richmond, Va. Ironically, that did not prevent his opponent in the Republican primary from bludgeoning him with accusations of equivocation on immigration.

The Tea Party favorite and political neophyte David Brat, an economics professor from Randolph-Macon College, heckled Mr. Cantor’s unprecedented fall from political grace with cries of “Amnesty!” Immigration reform has always been acutely vulnerable to superheated partisan rhetoric and demographic delirium. Now, because of the presumed effectiveness of this Brat-attack, Republican political consultants are urging their congressional clients to run as far as they can from immigration reform. Mr. Cantor’s defeat thus portends that comprehensive reform is, once again and for the foreseeable future, dead on arrival in Congress.

But other headlines in June demonstrated that immigration reform as a public policy problem cannot be wished away, even if an army of political consultants rises up against it. A humanitarian catastrophe is quietly escalating at the country’s southern borders. After a perilous crossing through Mexico from countries like El Salvador, Honduras and Guatemala, a forlorn children’s crusade of unaccompanied or separated minors, some as young as 5 or 6, is creating an entirely new migration challenge to handle.

Just a few years ago, as few as 4,000 unaccompanied children from Central American states were apprehended at the border. But beginning in October 2011, the United States experienced a “surge” in the number of these unaccompanied children. Detentions of unaccompanied minors jumped from 4,059 to 10,443 in 2012 and then more than doubled again, to 21,537, in 2013. This year the Obama administration expects something in the vicinity of 60,000 of these minors to reach the border, often “escorted” by coyote networks paid by their families, and projects that even more will come next year, as many as 130,000.

The pileup of children and teens at the border creates unprecedented challenges for U.S. policymakers, beginning with how to protect the minors who make it safely into the hands of U.S. authorities. Send them back? Place them in detention or foster care? Find their parents? A more sorrowful responsibility will be to conduct search and rescue (or recovery) missions across the nation’s southwest deserts for children who have become lost or have been abandoned by their traffickers.

Though regional poverty is surely one of the factors propelling these dangerous sojourns, 60 percent of the children heading north told U.N. investigators they left their home communities to escape the relentless gang and drug violence that is seriously destabilizing nations in Central America. Separated from their families as infants and toddlers, many children are coming north to rejoin mothers and fathers and aunts and uncles they may not even remember.

Their parents, part of earlier migrant waves, are in many cases without legal standing in the United States. They cannot be reunited with their children through normal channels, and they cannot leave the United States to retrieve their children without exposing themselves to the costly and cruel human trafficking industry. Resuscitating comprehensive immigration reform would be a small step toward responding to this deepening humanitarian crisis and reuniting these families—safely.

“The time to act is now,” said Archbishop Joseph E. Kurtz of Louisville, Ky., president of the U.S. Conference of Catholic Bishops, in a statement on June 5. “As pastors,” said Archbishop Kurtz, “we see the human consequences of this broken system each day in our parishes and social service programs, as families are separated, migrant workers are exploited, and our fellow human beings risk everything to find a better life for themselves and the ones they love.”

Passing immigration reform will not magically resolve the suffering of these parents and these children in flight; it will not answer all the complex issues created by contemporary migration in this hemisphere. It may allow, however, a good number of people living and working and contributing to life in the United States to normalize their status and begin to rebuild their families through legal—and safe—avenues of migration. It will mean that the United States, recognizing the primacy of human need over imaginary border lines, will not be complicit in the suffering and terror—and sometimes the lonely deaths—of children coming north in search of refuge. “Our Lampedusa” has become the southern border where children are washing ashore, hoping someone will save them.

Show Comments (
1
)
Comments are automatically closed two weeks after an article's initial publication. See our comments policy for more.
6 years 4 months ago
It is a sacred duty to help these children and do all that is possible to alleviate their pain. They are alone without families or friends. The violence in thier countries is often caused by our insatiable hunger for drugs. Therefore, we are the cause of their journey to our borders. We have no right to turn them away.

This article also appeared in print, under the headline “Children’s Crusade,” in the July 7-14, 2014, issue.