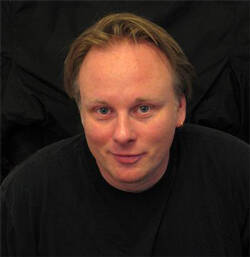 Late one night, during a songwriting session, my friend Sean said something I’ll never forget. “You know The Who’s tune, ‘Baba O’Riley’?” He got quiet for a moment, considering his words. “This sounds crazy, but I’ve always felt that God was in the opening chords of that song.”

It didn’t sound crazy at all. Any sense of transcendent truth I could claim was rooted in the music I loved, not the church I attended. Finding God in a song was not a stretch for me.

His words came back to me recently when I picked up Pete Townshend’s memoir, Who I Am. As The Who’s mastermind, Townshend was the vulnerable, gawky art school misfit. His music testified to rock and roll’s cathartic, transformative power for those of us who felt similarly vulnerable and out of place. Townshend was a fiercely intelligent and socially conscious ugly duckling whose spiritual quest led him to a lifelong devotion to the Indian spiritual master, Meher Baba. He was an enlightened, self-aware artist who had been married to the same woman for 30 years. He wasn’t a cliché.

Then I read his book.

It was disappointing to see how disconnected Townshend’s rhetoric was from his reality. The man who wrote “Behind Blue Eyes” and “The Seeker” and had helped inspire my own creative/spiritual journey was in many ways a petulant star. One minute he was spouting mystical ideas about finding the sound of the entire universe in a single note, the next he was absolving himself for his own selfish behavior.

Discovering my heroes have clay feet isn’t crushing anymore, but it does stoke a strange fantasy in which I finally vent some long-simmering frustrations. It goes, tongue-in-cheek, something like this:

On behalf of Generation X, I want to formally say thank you.

Thank you for David Crosby and Woodstock. While we’re at it, thank you for the miracle of Viagra, the wisdom of Dr. Phil, the spiritual insight of Oprah and the ubiquity of Bill Clinton.

In your recounting of the ‘60s, you created a counterculture. You told us to “imagine no possessions” and that “a change is gonna come.” Since then, you’ve taught us that our goals should include a “confident retirement” (Ameriprise) while the Most Interesting Man in the World exhorts us to “stay thirsty, my friends” (Dos Equis).

Really? This is how the ‘60s’ idealism ends? I’m starting to think it was less about change and more about you.

If the Greatest Generation is remembered for saving the world from fascism and building our nation, Boomers will be remembered as the Self-Actualized Generation. You’re determined to have it all, even if it kills us, while being your kids’ best friends and having amazing sex until you die. Actually, I’m pretty sure some of you are secretly planning on never dying.

We get it. You won’t be going gently into that good night.

Every generation has its dark side (my apologies for Lance Armstrong and Monica Lewinsky). But after staring at the world through a Boomer lens, it’s impossible not to notice a lack of depth perception. To our eyes, you asked important questions on everything from politics and culture to religion, but simply passing on a critique isn’t enough. If the arrogance of youth convinces us that history began at our birth, when will the wisdom of age finally temper us to see how we are connected down through countless generations to something larger than ourselves?

The explosion of the religiously unaffiliated or nones is well-documented. Having worked for years at the intersection of faith and culture among millennials and fellow Gen Xers, I’m always amazed not only at how religiously illiterate they are but also at how curious they are to know and understand more about faith. A structured belief is no longer baked into their lives; it is one more voluntary choice among many competing for their attention. Unfortunately, compelling translations of ancient truths for a 21st-century audience have been conspicuously lacking.

The Boomers’ cultural footprint has been enormous. But ultimately, you can’t gut something, then leave behind a void and call it a legacy. Finding God in a song only works if you have a language for God in the first place.

Bill McGarvey, author of The Freshman Survival Guide, owner of CathNewsUSA.com and former editor in chief of Busted Halo (2004 -10), is a musician and writer.