A book for José: Hiding from the gangs of El Salvador 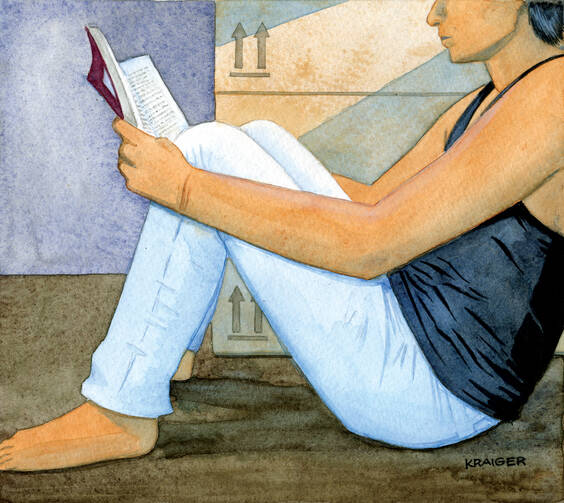 In the fall of 2013, two ninth graders from the local junior high school here were killed, one in October and one in November. I didn’t know the two boys, but one of my students from the community center in La Esperanza, José, who went to the same school as the murdered ninth graders, was also threatened by a gang—possibly the same one that killed the ninth graders. José knew if he refused to collaborate with the gang, as they demanded, he would meet the same fate as his classmates. And like the snip of scissor blades on a string, José’s life was cut in two. He dropped out of school and disappeared.

He fled so abruptly I didn’t get a chance to say goodbye. I would have liked to give him a gift, or at least to have had the chance to say something, perhaps even a prayer, anything that might have made him feel less lonely in this violent world of troubled youth.

I have been working as a literacy teacher in a squatter settlement known as La Esperanza, near the town of Cojutepeque, El Salvador, since 2012. I remember the day José arrived at the community center. He was wearing a white tank top undershirt and basketball shorts and a worn out pair of sneakers. I was impressed with his manner; it was mature for a 13-year-old. “I’d like to learn English,” he said. His voice was sincere, and there was a sense of hope in it. I offered to work with him on what he’d need to know to pass the English exam to enter high school, but I told him we’d also need to work on his literacy skills in Spanish. He accepted, and I can’t remember him missing a day of class until he vanished.

Once we were doing a writing activity of which the first step consisted in drawing our names. José drew his first name graffiti style with big splash letters; but he didn’t include his father’s last name or his mother’s. “Hey, where’s your other names?” the kids asked (in Salvadoran culture a name without last names is unheard of). José flushed, his face a wash of red. A moment passed and he still didn’t say anything.

“Well, that’s his business,” I said and asked the group to write a story about their names. Later José told me his mother abandoned him at birth, and his father had gone to the United States and had another family now. “How do you use last names when nobody’s behind them?” he asked. I didn’t know how to answer that.

I learned his paternal grandmother, who is in her late 80s, was raising José. She brought him up in the only way she knew: with the fear of God. José respected her for trying, but he filled the hole in his heart doing what most teenagers do: he fell in love.

He would walk Blanca home after classes. He told me she liked this because she needed his protection. “José, she has a boyfriend,” I reminded him. But he was convinced she really didn’t love that boyfriend. “She likes me,” he would say. Blanca would play it down, saying, “We’re only friends.” Her older brother, a friend of the boy who claimed Blanca, got wind of José’s interest and told him to stay away from his sister or he’d be hurt.

José started hanging out with a rough crowd, mostly playing soccer with them; he’s an excellent athlete. Perhaps he felt they’d give him protection. In the end, their protection wasn’t necessary because Blanca became pregnant and went to live with her boyfriend and his family. José continued playing soccer, and then one day certain men on the team told him he had to join their gang. His grandmother told me this, but she also said she believed José would do the right thing, which meant fleeing north to his father or going into hiding.

I didn’t see him again until August of this year. Walking to work, I approached José’s grandmother’s house and looked through the crack of the slightly opened door. In the shadows, there was a boy standing. A hopeful force ripped through me. José? My blood flowed with an intolerable mix of excitement and caution.

I walked up and knocked on the door, careful to identify myself. “Come in,” the grandmother called. After my eyes adjusted to the dim light, I saw it was José. Not knowing what to say I asked if he remembered any English from our classes. “No one to study with,” he said and explained he’d been hiding in a hardware store. His voice was so weak I could barely hear it; only fear punched through the nervous words. He was much too thin, and around his neck he wore a white rosary that hung outside his black tank-top shirt, a style gang members often use. He remained distant. It was obvious he didn’t want to talk, so I simply asked if I could leave him a book. He cracked a smile and said, “Thanks, leave it with my grandmother. I’ll pick it up the next time I visit.” He then apologized for not knowing when that would be.

“I understand,” I told him.

As I left the house, two phrases from The Diary of Anne Frank went through my mind: “Never can a free person conceive of what a book means to a person in hiding,” and “in spite of everything I still believe that people are really good at heart.” And I knew what book I would leave for José.

Rick Dixon, a Maryknoll lay missioner, has served since 2012 in El Salvador, where he works in a family literacy program.